The next day, Ma gave up on the sightseeing. So only Pop and I went to the stupendous 338-meter high Macau Tower. I don't like the building's shape so much, though. Come on! What's it supposed to be? Here in Asia, we have towers that look like bamboo, skyscrapers with holes in them, and phallic symbols galore. There's a serious lack of imagination here. 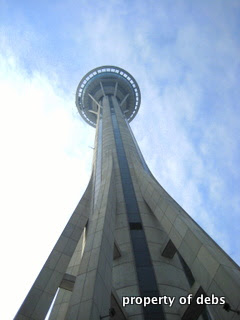 There's a Lamborghini in the basement. Very nice. 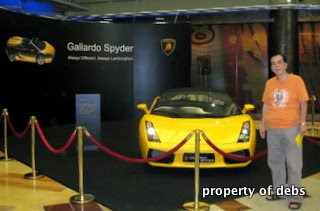 When we got to the first observation deck, I noticed that I could see through the floor! 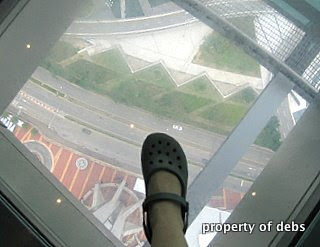 That's when Pop had to sit down for a while. 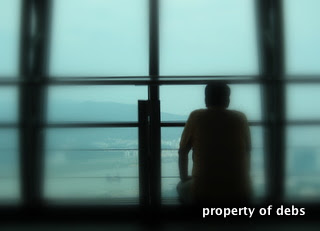 I had wanted to try to bungy jump, but I was afraid that Pop would freak out. So I decided to try the Skywalk X. 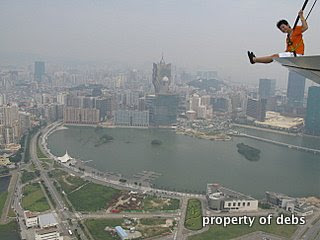 You get a 360 view while walking along the outside of the tower. On a somewhat clear day, you can see Hong Kong and the China mainland, as well as the landmarks of Macau.
Posted by Unknown at 1:24 PM
Email ThisBlogThis!Share to TwitterShare to FacebookShare to Pinterest
Labels: macau, travel