Arthouse Café is a very famous, highly recommended restaurant in Luang Prabang. Tripadvisor.com has ranked it second out of 73, and nobody seems to have anything bad to say about it.

But I hadn't read any of those reviews when I decided that we should try out Arthouse Café. We were just meandering along in the Nam Khan side of town when I saw it. It looked cozy and welcoming from the outside... 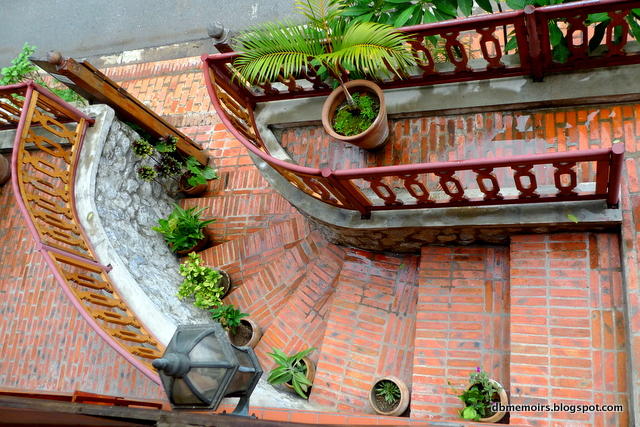 And the inside was not too shabby, either. The air-conditioned dining room on the ground floor was charming. The shiny wooden floors, the retro cane furniture, the French doors and lots of natural light-- I liked this place a lot. 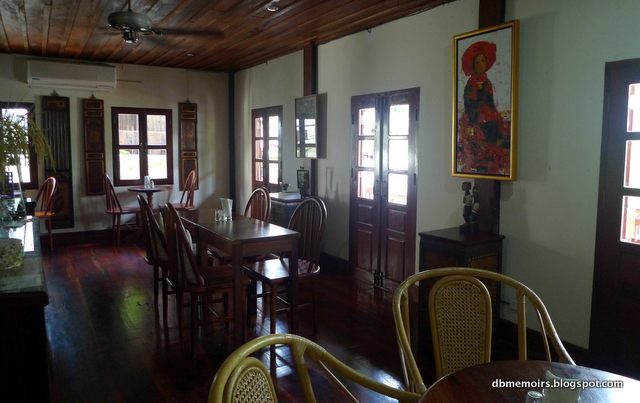 But mostly I was attracted to the lunch special. Fried rice and a fruit shake for only 25,000 kip (a little over US$3)! That was a very good deal-- probably the best in Luang Prabang. 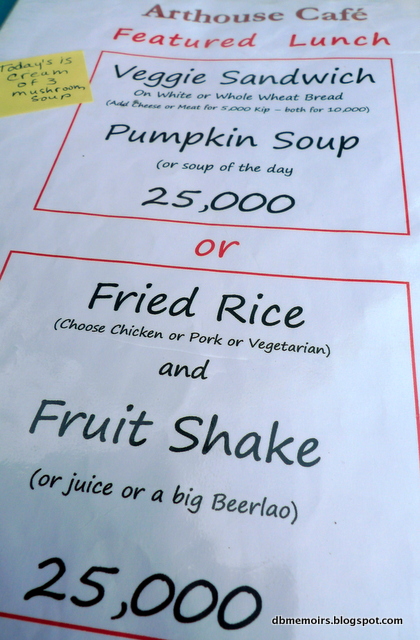 Read the rest of this blog entry...
Posted by Unknown at 3:28 PM No comments:
Email ThisBlogThis!Share to TwitterShare to FacebookShare to Pinterest
Labels: food, laos, luang prabang, southeast asia, travel

because it smelled good

I've already mentioned the French influence and the colonial architecture... 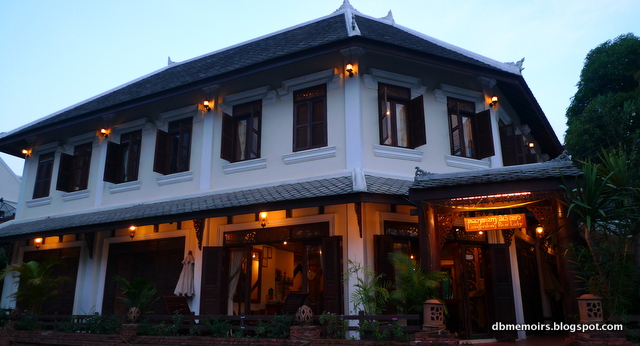 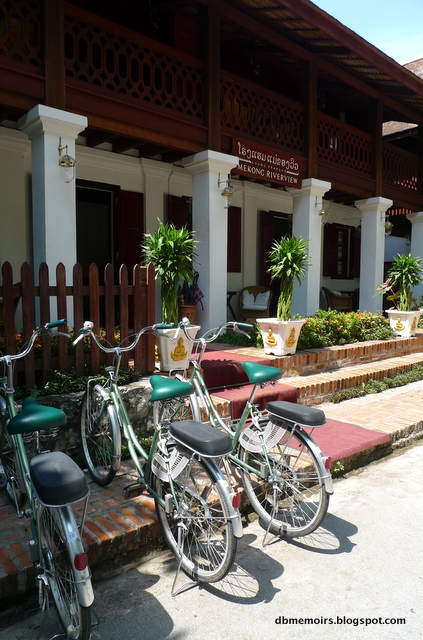 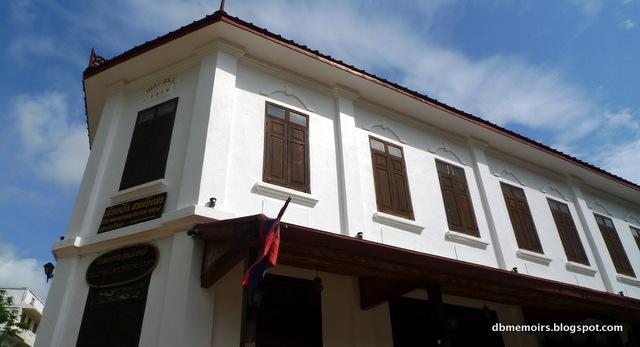 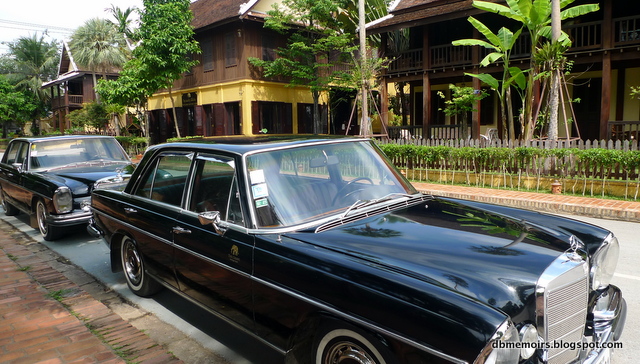 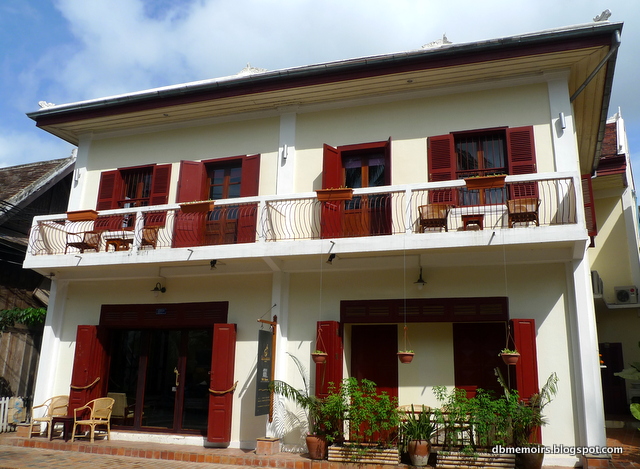 Read the rest of this blog entry...
Posted by Unknown at 12:16 AM No comments:
Email ThisBlogThis!Share to TwitterShare to FacebookShare to Pinterest
Labels: laos, luang prabang, lumix, lx3, panasonic, photography, southeast asia, travel

Read the rest of this blog entry...
Posted by Unknown at 10:26 AM 2 comments:
Email ThisBlogThis!Share to TwitterShare to FacebookShare to Pinterest
Labels: food, hotels, manila, travel

Actually, all of the buildings in Luang Prabang are similar to Villa Chitdara. The entire city is a UNESCO World Heritage Site and the local people are encouraged to maintain the centuries-old architectural style.

I hesitate to call it a city because I grew up in a sprawling metropolis with a population of 12 million. To me, Luang Prabang is just a tiny village-- albeit a very beautiful one that grew organically between two mighty rivers, the Mekong and the Nam Khan, was "protected" by the French who built all those fantastic colonial villas, and is now being preserved in all its charming glory, with the help of no less than the United Nations.

But I guess since Laos has only 6.5 million citizens in total, Luang Prabang's 50,000 is pretty substantial. AND it used to be the capital of the Lao Kingdom. So, yes, it's a city. 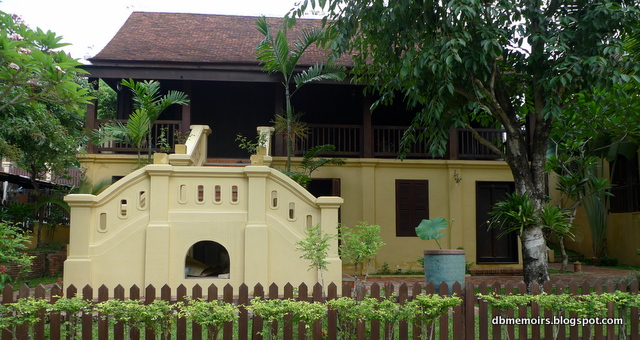 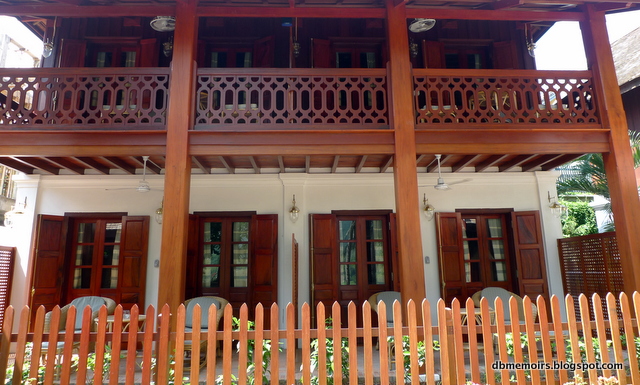 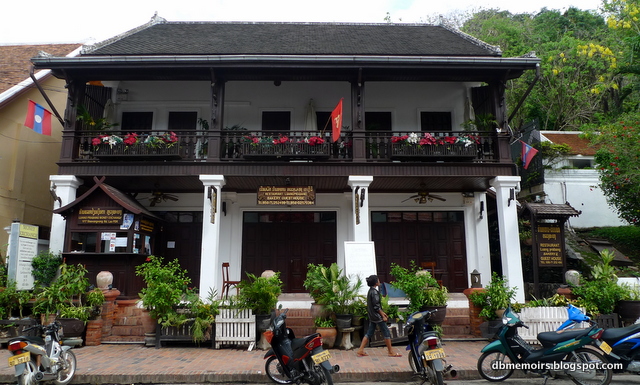 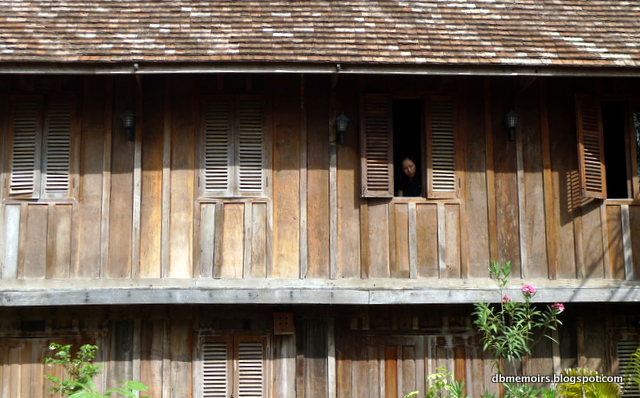 chalet in the tropics

The reason I chose Villa Chitdara Guesthouse in Luang Prabang? Because the monks pass right in front of it every morning. And of course, it helped that it's gotten very good reviews. 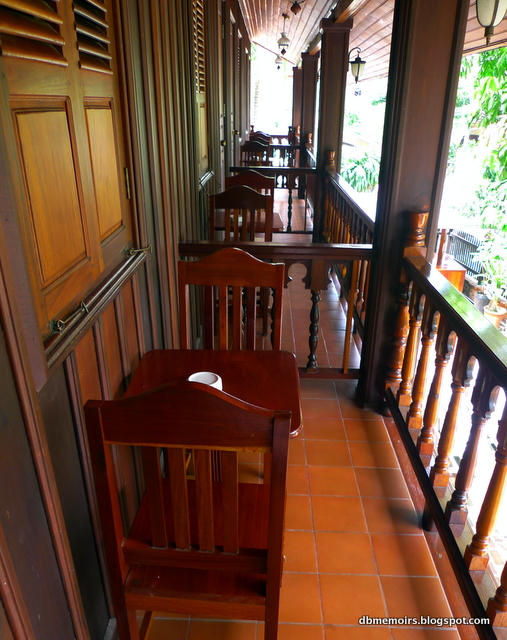 I was delighted that we got the room with the best view. 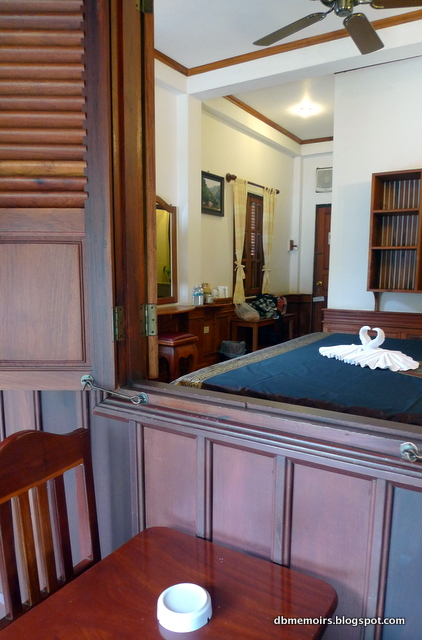 The room itself was not huge, but not cramped either. The AC, fan, ref and TV worked fine. We got free bottled water everday, and all the coffee and tea we could drink. 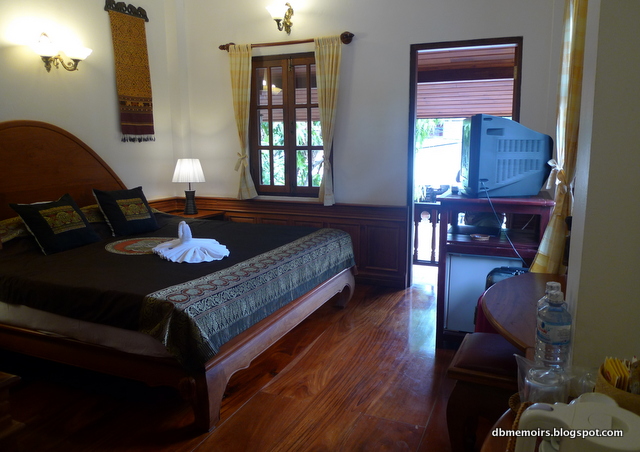 Mention "Luang Prabang" and most people immediately think of saffron-robed monks walking the streets, collecting (I'd rather not use the word "begging") alms. Indeed, even at the arrival area of the airport, there are notices posted all over about what the alms ceremony is about and how tourists should behave.

From Wikitravel: Please note that the alms giving ceremony is one which, while picturesque, is not without its detractors. Unscrupulous local merchants have used the eagerness of tourists to participate in a local tradition as a means of making easy money, and sometimes sell unsuitable, stale and even unsafe food. This has resulted in monks falling ill after having consumed the offerings, and resistance to continuing the tradition. So if you wish to participate in this ceremony, prepare the food or fruit yourself, and avoid giving food of unknown quality. Another problem is the photographing. While it looks nice in your collection, think about how it must feel for the monks to have hundreds of tourists photographing them every day. Some lowlifes even stand right next to them, flashing them in the eyes! Strongly consider only watching this old tradition from a distance instead of using it as a tourist attraction, as this may detract from the beauty of the ritual - both for locals and tourists alike.

Let me tell you, those monks walk really fast. So many of my photos are kind of blurry, but I have decided to set my frustration aside and embrace the blurriness! Thank gad for Picassa.

There is surprisingly very little information about where and what to eat in Luang Prabang. The most comprehensive review I read was on tripadvisor.com by this guy who seemed to enjoy his meal at Les 3 Nagas, so that's where we had our very first meal in Laos.

A couple of hours after landing at the cute little Luang Prabang International Airport, we went to a travel agency on Sakkaline Road to change US$100 to hundreds of thousands of kip (the best exchange rate in town at 7950 kip to one dollar) and made our way to Les 3 Nagas. 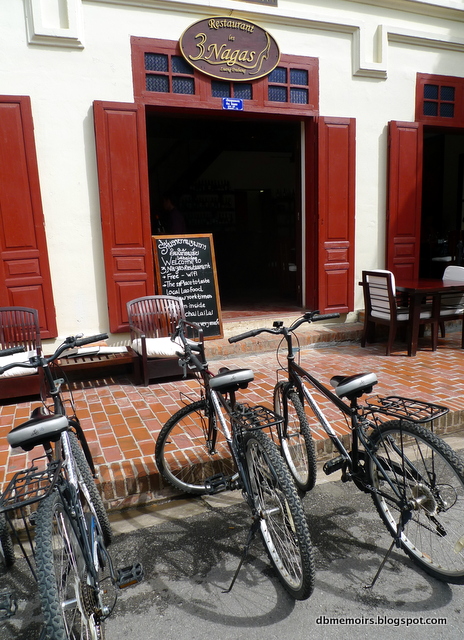 Read the rest of this blog entry...
Posted by Unknown at 10:06 AM 2 comments:
Email ThisBlogThis!Share to TwitterShare to FacebookShare to Pinterest
Labels: food, laos, luang prabang, southeast asia, travel

Guess where I've been? 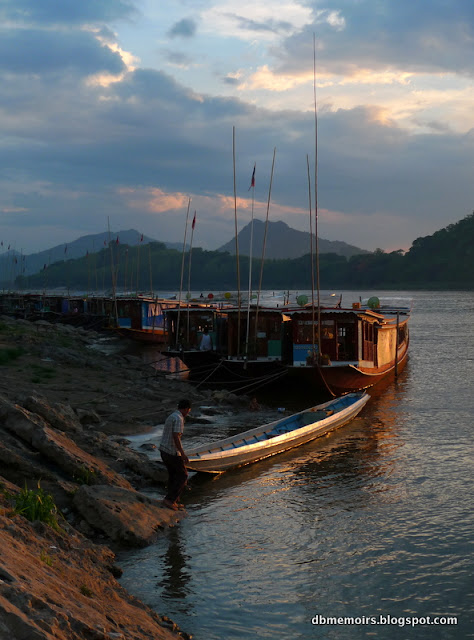 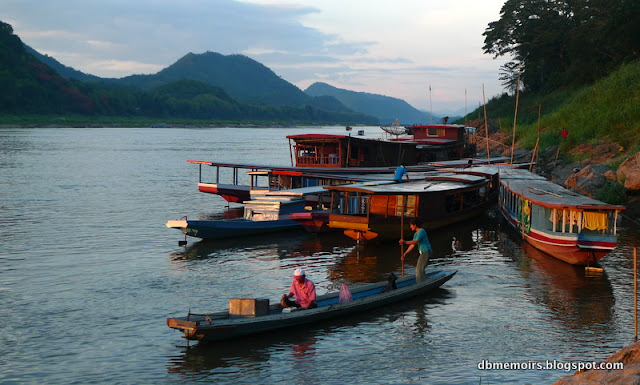 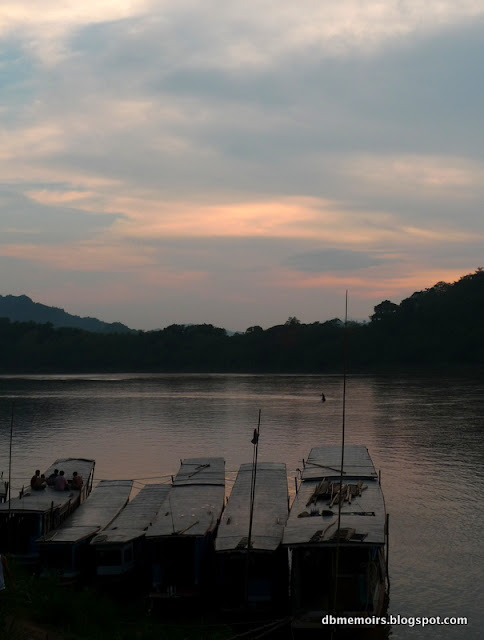