This is dedicated to our friends in Canada, Big J and Little J, who are freezing their asses off right now. Warning: Reading this post will cause your cholesterol levels to shoot through the roof.

When I hear the words "pork barbeque", I immediately equate them to "Aling Nene".


Although the circumstances were not entirely happy, I was glad that I was able to spend an entire day with Little J when she was in Manila earlier this month. Really, I didn't mind tagging along while she and her mother ran some errands in Makati, because being stuck in traffic together gave us a chance to catch up.

The best part of that day was our lunch at Aling Nene's along South Superhighway (Wait, is it still called that?) which I consider to be practically in another time zone. It's so damned far from my parents' house and the traffic is so damned bad. Even though it's my favorite barbeque place in the whole wide world, I've only been there three or four times.

Little J grew up eating this stuff, since she lived just a few blocks away, and for that I am very envious. I mean, look at it. It's the perfect mix of lean and fat. It's pure, unadulterated porkiness. No fillers, no extenders, no disguises. It's just freshly slaughtered pig on skewers, expertly grilled over charcoal. Oh, and I love those carcinogenic black bits.

OK, here's another picture. Get ready.


Little J's mom, Milagros, mentioned that she wanted to have some lechon before she went back to China where she lives and works. Aling Nene to the rescue! The lechon skin was crispy and had a nice thin layer of fat. The meat was surprisingly moist. I'm partial to lechon that's eaten without dipping sauce, but Aling Nene's liver sauce had a great savory kick to it and rounded out the mild porky flavor of the meat. I was so happy for Auntie Milagros.

I pity those non-Filipino peoples of the world who've never had crispy crablets. This dish satisfies on so many levels, it's like some kinda magic food. It's for people who like to eat crab, but they're so tiny that you don't have to pick or smash or struggle with them-- just pop in your mouth like candy.


But it's also for folks who love deep fried stuff in general, not just crab in particular. Aling Nene's version is done really well. The crablets are not greasy, not fried to death and have a substantial mouth-feel. It's like the best chicharon or crackling, but much better because it's fleshy and briny. Crispy crablets are the most delectable finger food.

Our last dish was a garden-fresh ensaladang talong, literally "eggplant salad", which is a misnomer, in my opinion. It's more relish than salad, actually. It's a medley of roasted mushy eggplant with chopped onion, tomato and green mango, crowned with a dollop of smelly and salty fish paste (bago-ong). It's a condiment which goes perfectly with inihaw, or grilled anything.


That quick lunch we had at Aling Nene's is one of my contenders for My Best Meal of 2010. I am elated that they're still going strong and still serving the most sublime barbeque and Pinoy classics, and I am overjoyed that they have air-conditioning now.

Posted by Unknown at 1:16 PM No comments:
Email ThisBlogThis!Share to TwitterShare to FacebookShare to Pinterest
Labels: food, manila, travel

The hotel buffet. I don't know why I keep doing it to myself. It's like banging my head against the wall. Over and over, I herd my family members to a hotel buffet, and nobody ends up satisfied.

It's really very tempting. Everything you can possibly think of to eat is under one roof, and it's usually cheaper than ordering ala carte. And due to the recent groupon craze, where they slash the usual price by 50%, it's almost impossible to resist.

Afterwards, you realise that: You ate too much. You spent most of your time standing in line. Stand up - get food - eat fast - stand up - get food - eat fast is not your idea of a good time. You felt pressured to eat even more because your server called "last 15 minutes". You ate too much. And the food wasn't even that good. Plus, you just drank the most expensive can of Coca Cola in your entire life. And you really ate WAY too much.

Take for example the buffet at Spiral in the Sofitel Manila. I can't remember the last time I went to Sofitel. It's still a very lovely place. Too bad the food was... Oh, well.


My brother got some other things for everyone to share (and suffer equally):


My father forced himself to eat this bread. I don't know why.


At last, we gave up and decided to just go for the dessert selections.

Am I just unlucky? Is it the Curse of the Cattle Call? Why do all of my friends seem to have a good time at hotel buffets? Especially this one at Spiral, which is consistently touted as one of the very best.

To be fair, I happen to like breakfast and brunch buffets, like the one at Shangri-la Boracay which I blogged about here and here. And I enjoyed Escolta's buffet at the Peninsula Manila very much. Although I'm not sure if it was the food or the company.

thou tree most fair and lovely

I told myself that I should take a picture of every Christmas tree that I encounter this season, but I kept forgetting. So here's my meager little collection. Each tree has a special meaning for me.

1. The first time Steph (silent H) had ever gone on a trip abroad together, after three decades of friendship.


2. Dinner with the gang and our friend from Canada, Little J.


3. The cutest Christmas trees, made of teddy bears.


4. My last day in Manila with my parents. I haven't spent Christmas with my folks in over a decade. The cast of "Rent" the musical sang a few songs.


5. Christmas tree made of recycled plastic bottles. Eco-friendly and from the heart.


Note to self: Don't forget to take more pictures next year!
Posted by Unknown at 12:57 PM No comments:
Email ThisBlogThis!Share to TwitterShare to FacebookShare to Pinterest
Labels: feel good, hotels, manila, shopping, singapore

1. The iPhone 4. See? I knew there was a reason I didn't get the iPhone earlier. But wait! What if Steve Jobs comes out with the iPhone 5? 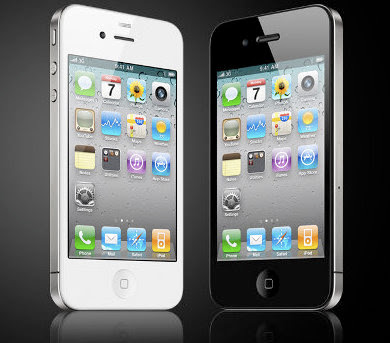 2. My drool-worthy bag for 2010 is the Mulberry Alexa. The butter yellow color pops, but at the same time, it's strangely neutral and will go with everything. I've seen this bag in person in Singapore, and yez, it's very pretty. And it's as light as a feather. 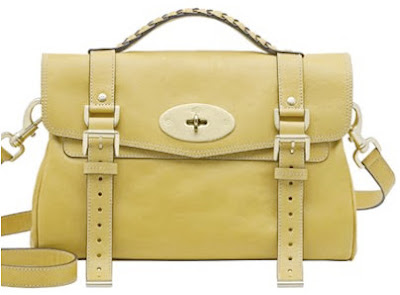 3. Now isn't this the coolest thing? The Korg iElectribe app is one of the reasons that the iPad is the best gadget in the history of the world. 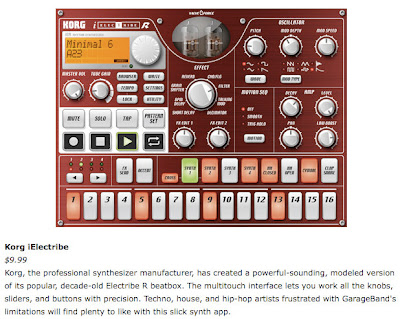 4. I still love my Panasonic Lumix LX3, but the Ricoh GR Digital III is a handsome little devil. And it takes killer pictures. Take a look at Daphne Oseña's photos. They have that lomo-esque feel that I love. 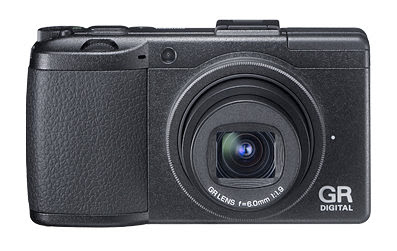 5. Why are the Japanese so good at making us WANT things? This Uniqlo coat has the most amazing shape and color. 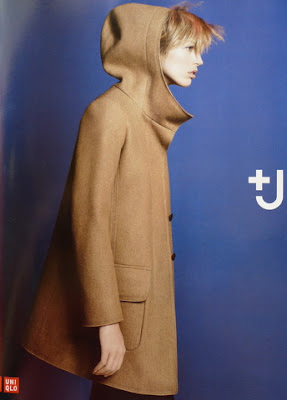 6. How do you know that your sunglasses are right for you? Simple: When they make you look like a richie rich. I've been looking for a decent pair of aviators that are NOT Ray-ban, and these John Galliano gold-rimmed aviators are bee-yoo-ti-ful.

7. I don't really wear jewelry, but if I did, the Pandora charm bracelet would be the one. With all the charms in their collection, of course. 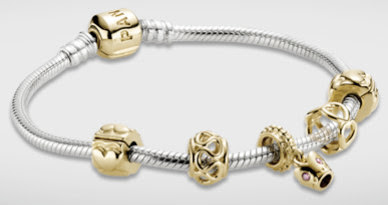 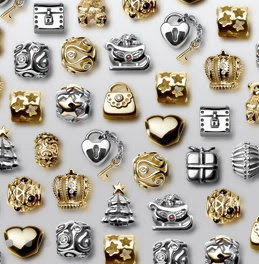 8. I want my home to be completely energy self-sufficient. 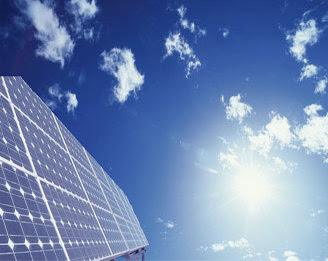 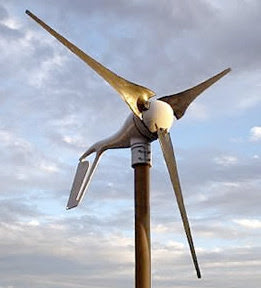 9. The Auto Assault-12 (AA-12), aka the Atchisson Assault Shotgun. Wikipedia says: "The AA-12 uses many different types of cartridges such as 00 buck shot, #4 bird shot, 12 gauge lead slugs, or less-than-lethal rubber stun batons. It can also fire flares or special Frag-12 19 mm fin-stabilized HE, HEAP and sensor fused HEAB "air-burst" fragmentation shells that can detonate in mid-air." Plus it's maintenance-free and you can mount it on your vehicle and control it remotely... I just love it. It won't fit in the Mulberry Alexa, though. 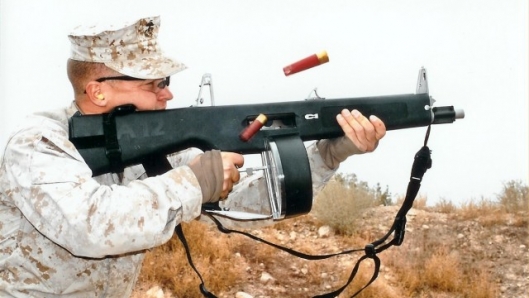 Out of the ten items on last year's list, I got the Starbucks cup only. How about this year, I wonder? My boys are betting on the AA-12.
Posted by Unknown at 12:06 PM No comments:
Email ThisBlogThis!Share to TwitterShare to FacebookShare to Pinterest
Labels: fashion, feel good, gadgets, photography, shopping

30 November 2010. Only a few hours left before our flight back to Manila. Let's eat, quick!

I'm not a fan of Food Republic at Wisma Atria, but it was convenient. I read shootfirsteatlater's glowing review of Thye Hong and decided to try the char kway teow, which she said was the best she'd ever had in her life.


I also ordered an oyster omelet. I had a feeling that the CKT would not fill me up.


Verdict: Thye Hong? Forget about it. It seemed like they scrimped on the ingredients, and both dishes had no wok hei. So far, the only hawker food that I really enjoyed at any mall's food court was the fish ball noodle soup at Takashimaya. Next time, I really have to get myself to a genuine, out-of-the-way, noisy, humid hawker centre. If only I could give up air-conditioning in Singapore.

This lucky girl is going back next month to eat some more. Look how happy she is with a bowl of yong tau foo.

Posted by Unknown at 8:55 AM No comments:
Email ThisBlogThis!Share to TwitterShare to FacebookShare to Pinterest
Labels: food, singapore, travel

The next morning, we left the hotel early to look for a typical Singaporean breakfast. We asked the doorman where we could find some kaya toast. He said something which Steph (silent H) and I both did not understand, and then we started walking determinedly in the general direction of what sounded like what he said. In short, we had no idea where we were going.

And against all odds, we found it, WTH! Toast Box in the basement of The Centrepoint on Orchard Road.


Verdict: Steph said that authentic kaya toast is usually thinner and crisper, but she likes Toast Box because the thicker sliced bread feels more substantial in the tummy. Now that I've tried both, I agree. Dipping the toast in the perfect cloud-like soft-boiled eggs drizzled with syrupy soy sauce and white pepper brought a goofy smile to my face. This is happy food. And surprise, surprise-- the coffee is very fine. I didn't miss Starbucks at all.

On the way out, I saw this: 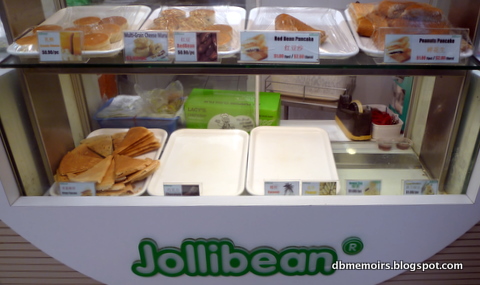 No relation to this:

We had some errands to run at Lucky Plaza, so we walked. I know that a lot of people say that Orchard Road is not the "real" Singapore and that there are lots more places to take a walk that's more interesting and full of culture, but I gotta tell you-- Orchard Road is the best street for walking. In any country I've been in.

And of course, there's the (window) shopping.


After a nice little stroll, we arrived at our destination. In a sentence, Lucky Plaza is the Philippines in mall form.