Whenever someone mentions Dune, the image that comes to my mind is the pre-Blue Velvet and pre-Desperate Housewives Kyle MacLachlan as Paul-Muad'Dib, wearing a Fremen stillsuit, riding a giant sandworm. The 1984 movie directed by David Lynch was my first encounter with the world of Arrakis, and I was captivated.

I would like to say that I have read the book before, and I probably have-- the first chapter or two. But I'm a little embarrassed to say that this is the first time that I've bought my own copy and the first time that I've completed the entire novel. Every home library should have a copy of this book. It is as important as the dictionary and the Bible, and I'm not being flippant. It is, without a doubt, as it says on the cover, "Science Fiction's Supreme Masterpiece". Why? Just buy the book and read the afterword by Brian Herbert, the author Frank Herbert's son. 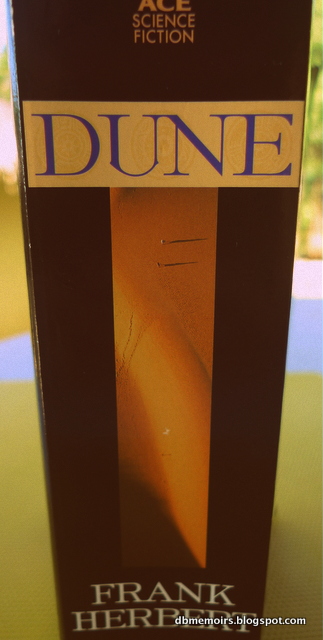 Read the rest of this blog entry...
Posted by Unknown at 2:13 PM No comments:
Email ThisBlogThis!Share to TwitterShare to FacebookShare to Pinterest
Labels: books, movies

still searching for the best xlb

However, due to popular demand by my lone reader, I have torn myself away from reading (or rereading) Dune and uploaded some photos I took of what we ate at Lugang Café on 23 March 2012.

This was not my first time at Lugang Café. Like most people, I'd noticed the hype which started in late 2010. It seemed like every blogger and his second cousin's high school classmate's best friend had eaten there and posted something about it. Now the truth is that I'm a bit of a snooty eater and I tend to avoid places that are too popular, but I'm happy to report that I actually like this restaurant.

The search for the best XLB is still ongoing. I am compelled to order it whenever I see it on a menu.