We arrived in Kalibo late afternoon of 14 January 2011, not knowing that when the locals said that the fiesta would be from the 10th until the 16th, they were serious. I mean, we had been to other fiestas in other places around the Philippines, and based on previous experience, only the last Saturday and Sunday are worth the trip, and for only half a day at that. (Sorry, Davao. Sorry, Bacolod.)

When we went to the church to run an errand with Kaleidosflora, it was obvious that people had been going at it for days and days already. To call it a mere fiesta or festival is an injustice. I had never seen or experienced anything like Ati-atihan. It was a multi-day, drink-until-you-drop, non-stop street-dancing party with RELIGIOUS significance. The revelers would only pause to eat, literally.

Read the rest of this blog entry...
Posted by Unknown at 8:56 AM No comments:
Email ThisBlogThis!Share to TwitterShare to FacebookShare to Pinterest
Labels: kalibo, travel

Kaleidosflora shot this video at 11pm on 15 January 2011, at Magsaysay Park in Kalibo. The music in the background is Brownman Revival, which has been the band of choice by the people of Kalibo for the Ati-atihan celebration these past ten years.

More about the Ati-atihan festivities in the next posts. Viva Señor Santo Niño!

Posted by Unknown at 10:08 AM No comments:
Email ThisBlogThis!Share to TwitterShare to FacebookShare to Pinterest
Labels: kalibo, travel

more things i learned about my ipad

Well, I finally learned what an "app" is.

When I first got my iPad, my sister-in-law told me to take it to Greenhills so that I could have some apps installed, so I did. I paid a guy 800 pesos and after an hour, my iPad was full of crap that I didn't understand or need. Plus, the apps weren't organised in any recognisable manner. Not alphabetical, not by category... and there were ten pages of them. Hundreds of apps!

For MONTHS, I didn't know what to do. Should I just erase everything and start from scratch? What about my 800 bucks? What if I later find out that I deleted something that was important to me?

Ah yez, the travails of an obsessive-compulsive Luddite.

Finally, last month, I signed up for an iTunes account (which i resisted for the longest time because they want your credit card details right away when you register), held my breath and deleted everything. So now I had a clean slate. And for the past few weeks, I have been researching, downloading and installing stuff.

I am very pleased with my iPad right now. The first "page" still has the apps that came pre-installed. I moved the Settings icon to the dock because it makes more sense to me for it to be there. iBooks is there because Steve Jobs told me to put it there. I added a calculator and a currency converter-- absolute necessities which the iPad doesn't have-- why not, Steve? IMO is an instant messaging app which I use to connect with my Yahoo! Messenger friends. I like it because it's always running in the background and I can still receive messages even when I'm surfing the web or reading an e-book. And for my to-do list app, I chose To Do's Lite because it lets me peek into my Calendar app. 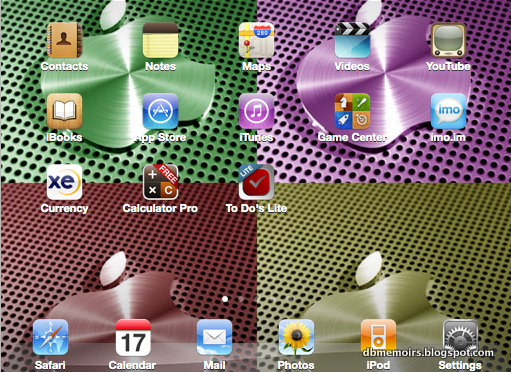 Read the rest of this blog entry...
Posted by Unknown at 2:29 PM No comments:
Email ThisBlogThis!Share to TwitterShare to FacebookShare to Pinterest
Labels: books, gadgets

yes, i know christmas is over

As I mentioned before, one of my favorite shopping malls in Manila is Power Plant at Rockwell. It's not too big, the layout makes sense, there are rest rooms everywhere, and the shoppers are all beautiful people bwahahahaha!

Read the rest of this blog entry...
Posted by Unknown at 5:57 PM No comments:
Email ThisBlogThis!Share to TwitterShare to FacebookShare to Pinterest
Labels: food, manila, shopping

Last night, I had one eye on my iPad while watching a movie on HBO with the other eye. Yez, I can multitask like that.

I got to thinking, if someone were to ask me who my favorite actor is right now, what would I say?

There are so many of them, so I decided to narrow down my choices. Other than the fact that he must be a good actor who can transform himself into his character when he acts, I have only one other criterion: I wouldn't mind having sex with him. It's a good criterion, actually, since it immediately eliminates half-dead geezers and barely legal toy boys.

Bunny Rabbit's all-time favorite actor is Brad Pitt. To him, Brad Pitt is God, or a close relative of God. If I were a guy, I would probably think the same thing. After all, Brad was People Magazine's Sexiest Man Alive like a gazillion times. He's handsome, rich and he's got Angelina Jolie. He was the demi-god Achilles, the cool brother who ran away from home in Legends of the Fall, the guy who spent seven years in Tibet just because he felt like it, the Angel of Death, a psycho Nazi killer... plus Angelina doesn't care if he lets his facial hair grow until he looks like a grizzly bear.


My problem with Brad is that he can't act. He has only one facial expression. It's the "smiling softly while looking into the distance" expression.

Read the rest of this blog entry...
Posted by Unknown at 9:16 PM No comments:
Email ThisBlogThis!Share to TwitterShare to FacebookShare to Pinterest
Labels: art, movies, video

what can you buy for three pesos?

Last month, after my doctor's appointment, Ma suggested that we have a late lunch at the new place on the ground floor of The Block. It's called Tres.


The first thing I noticed was the huge sign at the door that said "Crispy kare-kare for three pesos only." Whaaattt?!

Read the rest of this blog entry...
Posted by Unknown at 3:03 PM No comments:
Email ThisBlogThis!Share to TwitterShare to FacebookShare to Pinterest
Labels: food, manila, travel

The coolest Christmas gift I got last month was this Sun Jar from my father. 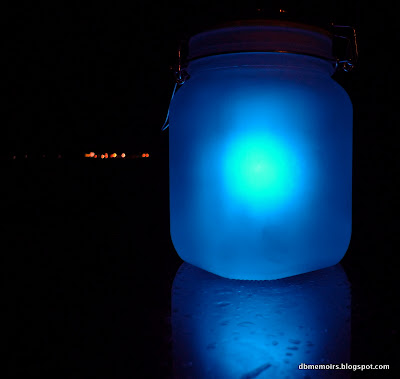 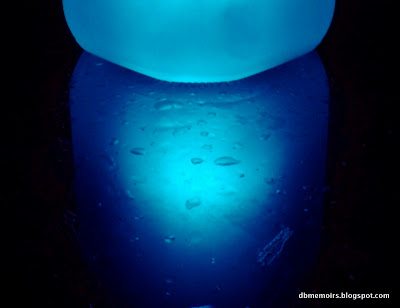 Read the rest of this blog entry...
Posted by Unknown at 8:11 PM No comments:
Email ThisBlogThis!Share to TwitterShare to FacebookShare to Pinterest
Labels: gadgets, lumix, lx3, manila, photography, shopping

my heart is ravished with delight

New Year's eve is like every other night; there is no pause in the march of the universe, no breathless moment of silence among created things that the passage of another twelve months may be noted; and yet no man has quite the same thoughts this evening that come with the coming of darkness on other nights. ~ Hamilton Wright Mabie, 1846-1916 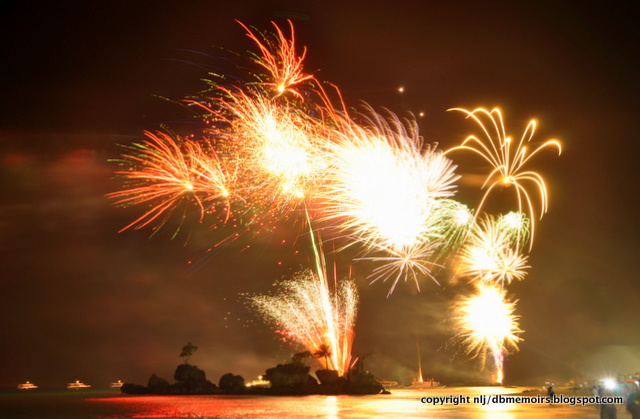 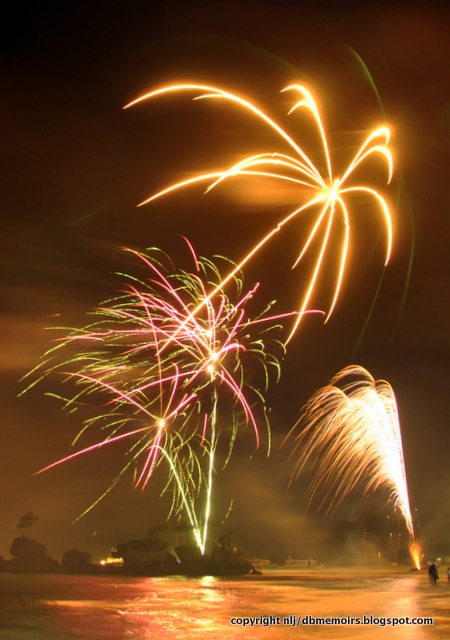