the bridge with no name

I saw a picture of this bridge in the Vigan Tourist Information Office. I immediately wanted to go there. I love bridges.

It was our last day in Ilocos. Time was of the essence. Most tricycle drivers didn't know it by its real name, Quirino Bridge. Those who did understand which bridge I was talking about-- after describing its shape, what river it spanned, its general location-- didn't want to take us there.

Finally, we got a tricycle driver to take us there. He agreed to wait for half an hour.

We stayed almost an hour. It was magnificent. 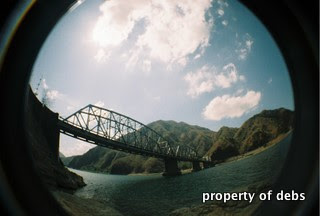 The Quirino Bridge crosses the great Abra River. We climbed the stairs down to the riverbed and stared up at this exquisite structure. 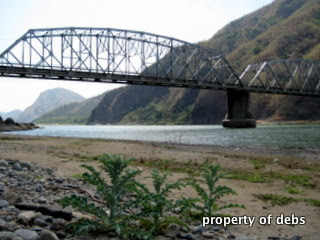 Someday, the Quirino Bridge will be decommissioned. They're already building a new bridge across the way. 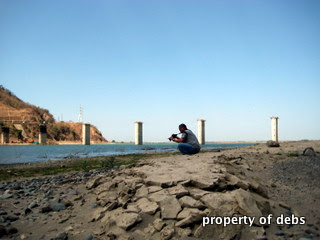