I don't care what some people think about Starbucks. There's something so comforting about sitting down for a cup of coffee in a place that looks the same, smells the same and tastes the same all over the world. There's a Starbucks at Senado Square. 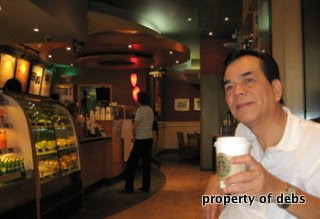 So, immediately, you are already sightseeing. Just a few steps away is St. Dominic's. 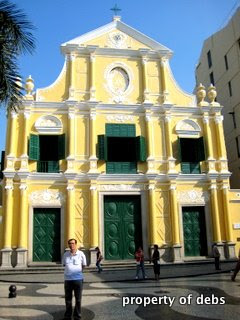 And then up the hill is St. Paul's. 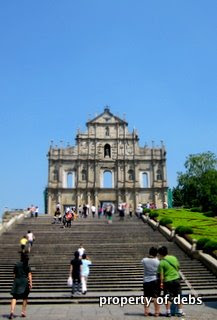 It's a UNESCO World Heritage Site. 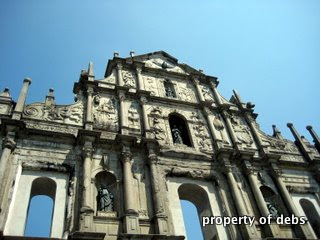 Right behind the cathedral's facade is the tiny Na Cha Temple. 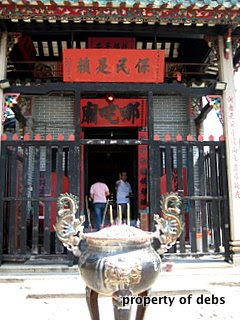 This, for me, is the perfect metaphor for Macau. There's a crumbling majestic European structure in front, and a minuscule wooden Oriental hut at the back. Guess which one is still fully operational?
Posted by Unknown at 12:53 PM
Email ThisBlogThis!Share to TwitterShare to FacebookShare to Pinterest
Labels: food, macau, travel