From Wikipedia: "Mount Pinatubo is an active volcano located on the island of Luzon, at the intersection of the borders of the Philippine provinces of Zambales, Tarlac and Pampanga. Before 1991, the mountain was inconspicuous and heavily eroded. It was covered in dense forest which supported a population of several thousand indigenous people, the Aeta.

"The volcano's eruption in June 1991 produced the second largest terrestrial eruption of the 20th century and the largest eruption in living memory. The colossal 1991 eruption had a Volcanic Explosivity Index (VEI) of 6, and came some 450–500 years after the volcano's last known eruptive activity (estimated as VEI 5, the level of the 1980 eruption of Mount St. Helens). Successful predictions of the onset of the climactic eruption led to the evacuation of tens of thousands of people from the surrounding areas, saving many lives, but surrounding areas were severely damaged by pyroclastic flows, ash deposits, and later by lahars caused by rainwater remobilizing earlier volcanic deposits: thousands of houses and other buildings were destroyed.

"The effects of the eruption were felt worldwide. It ejected roughly 10 billion metric tonnes (10 cubic kilometres) of magma, and 20 million tons of sulfur dioxide, bringing vast quantities of minerals and metals to the surface environment. It injected large amounts of aerosols into the stratosphere—more than any eruption since that of Krakatoa in 1883. Over the following months, the aerosols formed a global layer of sulfuric acid haze. Global temperatures dropped by about 0.5 °C , and ozone depletion temporarily increased substantially."

Nowadays, tourists can visit the crater... which we did last month.

First, you have to get to Capas, Tarlac which is probably the last place in the country without any cellphone signal. You book a Land Cruiser with driver and trek guide and drive through the lahar fields for about 90 minutes. 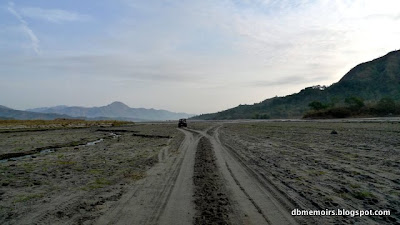 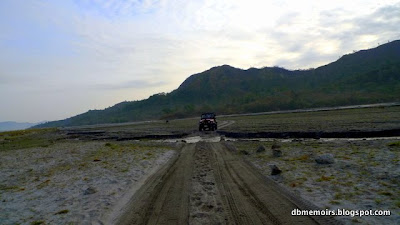 It's some kinda alien moonscape. 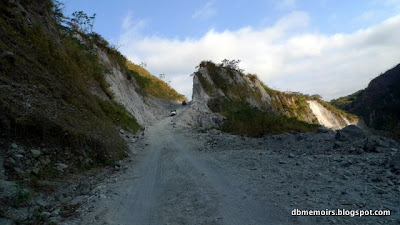 You have to remind yourself that it's lahar, not sand.

Then, you get to the station where all the vehicles park and you have to start walking. 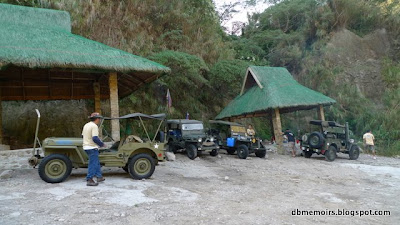 There are candy wrappers and cigarette butts all over the ground. Boo! 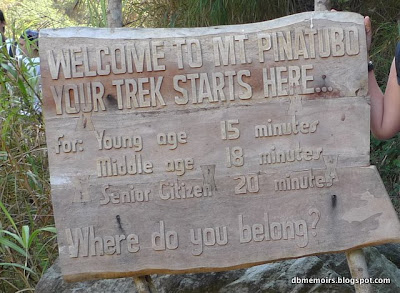 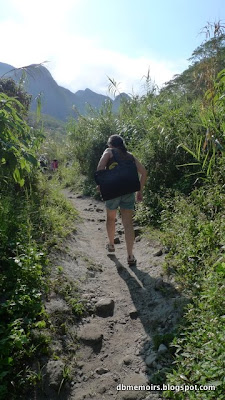 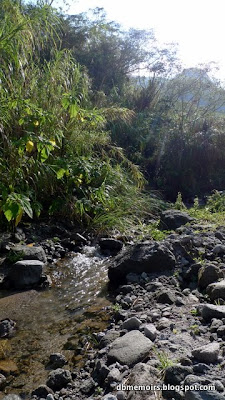 Wear waterproof footwear. In our group, only the Crocs survived. 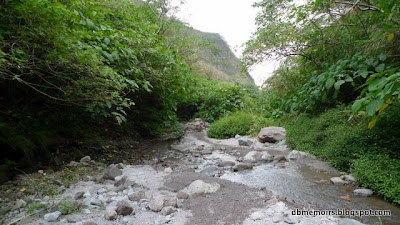 Just when you notice that you've been going uphill all this time and think that you can't take another step in your so-called trekking shoes that are going straight to the trash bin after this... you encounter The Crater Lake! 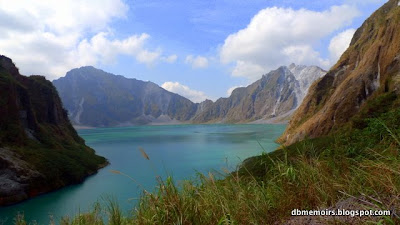 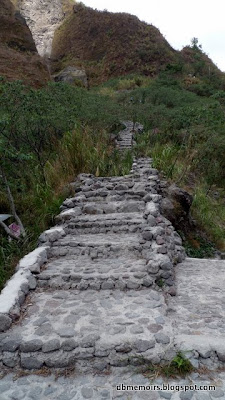 Hundreds of steps to go down to the crater lake. 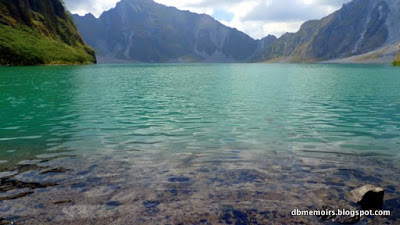 In warmer weather, the water loses its jewel-tone green and turns murky brown. 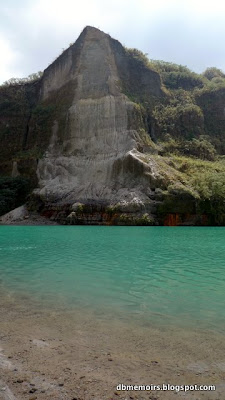 So amazing to have something like this in our own backyard! 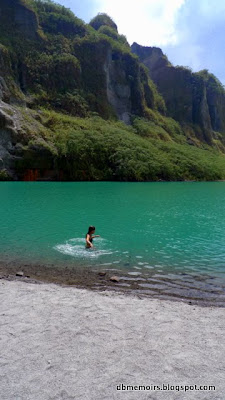 Some French girls were swimming. 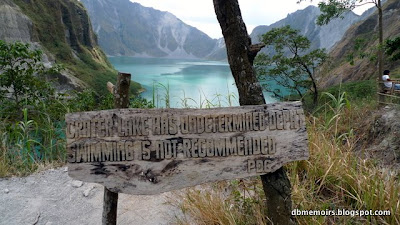 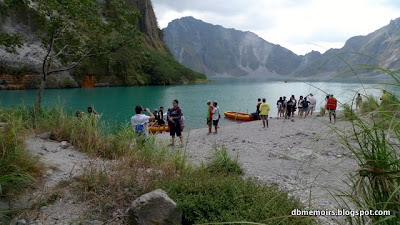 You can even go boating... without life jackets... in a lake of undetermined depth.

After you've taken your pictures and admired the swimming girls/scenery, it's time to go back up those hundreds and hundreds of steps. 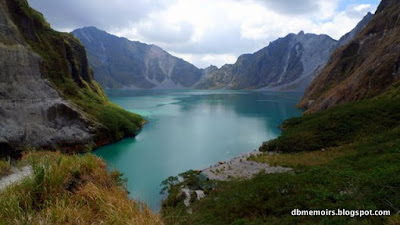 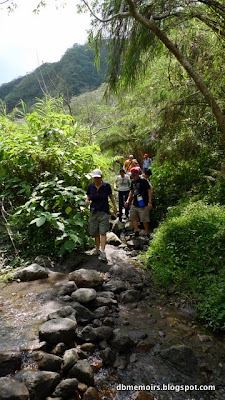 This time, it took us 15 minutes only.
Look for your Land Cruiser, get in and try not to think of the 90 minutes of lahar still to come. 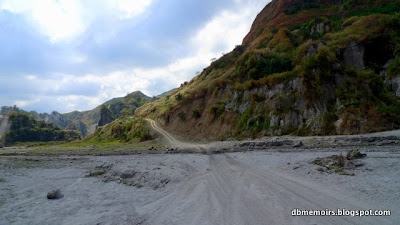 Wishing for air-conditioning at this point. 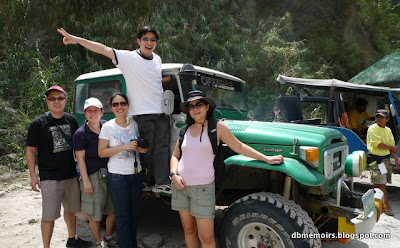 We were the first to arrive at base!
Reward yourself with a super indulgent crazy expensive meal at C'Italian Restaurant at Clark, Pampanga.