why i love jerry

After J.D. Salinger died on my birthday, I resolved to buy the rest of his books. I only had "Catcher In The Rye" and "Franny And Zooey". Thank gad Fully Booked has such a great selection of books that no-one else seems to have. I was able to buy "Nine Stories" And "Raise High The Roof Beam, Carpenters and Seymour: An Introduction".

I started reading "Nine Stories" a couple of weeks ago, and although I enjoyed it-- especially "Down At The Dinghy" and "For Esmé-- With Love And Squalor"-- I was still waiting for the thunderbolt. You know, that awful, unbearable truth that only Salinger can write in his particular way. That you will think about late at night in bed, as you stare at the ceiling, wide-eyed. That you read over and over again so often that you'll forget to read the ending. That makes the story unforgettable, haunting you during your day's silent moments.

Tonight, in the last story, "Teddy", I found it. When asked if he loved his parents, ten-year old Buddhist mystic Teddy replied:

I have a very strong affinity for them. They're my parents, I mean, and we're all part of each other's harmony and everything... I want them to have a nice time while they're alive, because they like having a nice time... But they don't love me and Booper-- that's my sister-- that way. I mean they don't seem able to love us just the way we are. They don't seem able to love us unless they can keep changing us a little bit. They love their reasons for loving us almost as much as they love us, and most of the time more. It's not so good, that way. 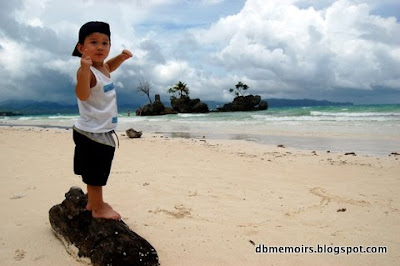