in the eye of modernity

On our last full day in Singapore, I felt like visiting a museum. Father said, "What for?" But he still came with me. I was actually kind of getting fed up confused because every place that I wanted to see, he complained that it was not worth seeing, but in the morning, he'd be asking me what time we're going.

I'm glad we went together, though. He seemed to enjoy himself. We took a taxi from the hotel. Singapore's taxis are the best! The cabs are immaculate. The drivers are so polite (Good morning. Where can I take you today? Have a nice day, thank you. All of them said that!) and honest (They all insisted on giving me exact change).

Magazines for your reading pleasure.
Five minutes later, we were dropped off in front of the Singapore Art Museum. I chose this museum because I thought that instead of history, I wanted to learn more about Singapore's art scene. Plus, the last time I went to an art museum was when I was still in school at the Ateneo de Manila University. 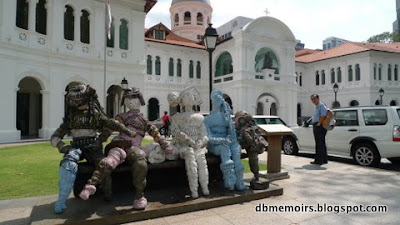 People waiting at a bus stop? Or sitting in a subway car? New York through the eyes of a Taiwanese artist.
It was a Thursday, 25 Feb 2010. After paying the SGD10 per person entry fee, I found out that there would be a free tour starting in a few minutes, so I signed us up. I love museum tours because you hit the highlights of the usually very extensive exhibits, and you learn more about the artwork, the artists and even the architecture of the buildings. Our guide was quite good, and she was really passionate about the pieces that she showed us. 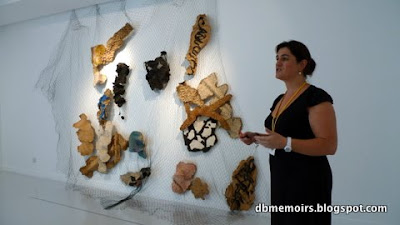 An installation meant to represent the Singapore River before its rehabilitation.
The museum building used to be the St. Joseph's Catholic school for boys. There was a chapel on the second floor. 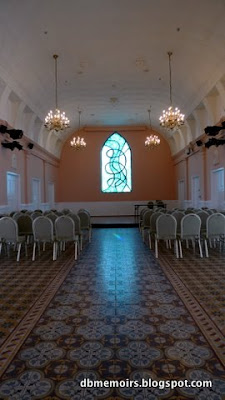 It felt like a group of students would file in any minute.
The original stained glass window was removed and hidden during the war, but afterwards, nobody could find it. So they commissioned an artist to fill in the hole where the stained glass used to be. They chose Ramon Orlina, a Filipino artist who works with glass and whose most famous works include glass penises. 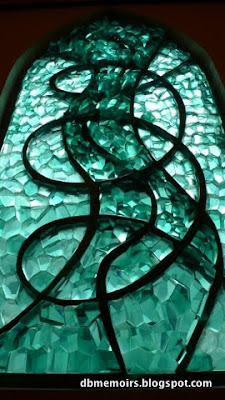 It's the Madonna and Child, you degenerates. No, not a penis.
By coincidence, when we were there, the Ateneo had lent some of its pieces to the Singapore Art Museum for an exhibit called "In the Eye of Modernity: Philippine Neo-Realist Masterworks from the Ateneo Art Gallery". It felt really nice watching people from other countries learning about Filipino art. I took great delight in this portion of the tour because our guide emphasized Filipino women as portrayed by Filipino artists-- who were mostly men. 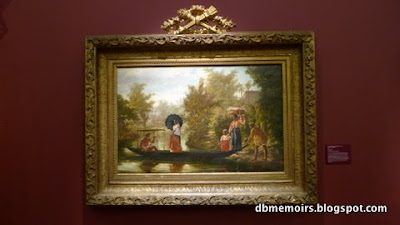 Hidalgo idealized the Pinoy woman. The men's facial features are indistinct. They were just props around the women. 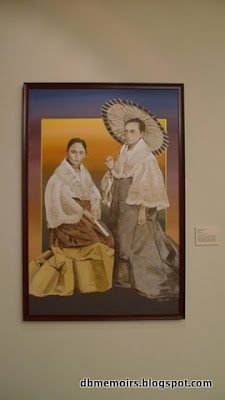 By National Artist Bencab who still lives and works in Baguio City. Should visit his museum there.
Other pieces that made an impression on me: 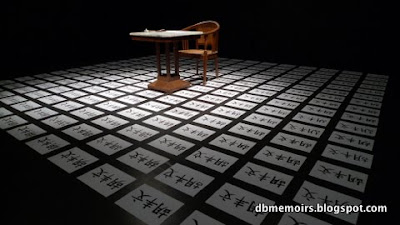 A haunting installation by an Indonesian artist. 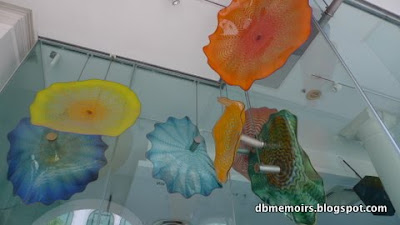 Pop really liked these cheerful glass pieces hanging from the ceiling. Each is as big as an umbrella. 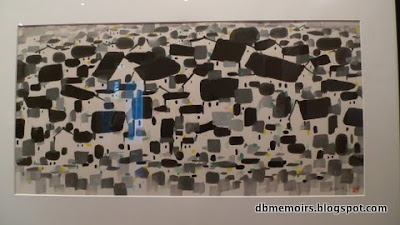 A Chinese version of a Manuel Baldemor, I thought. 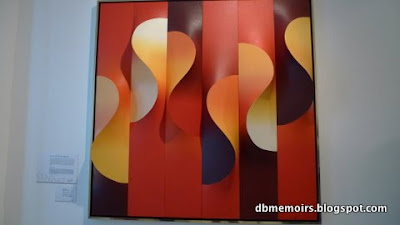 This two-dimensional wavy thing was made with colored pencils. We all thought it was airbrushed. 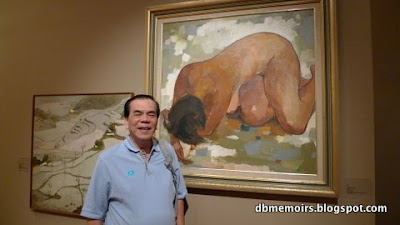 Pop likes nudes.
The Singapore Art Museum (SAM) at 71 Bras Basah Road. Open daily from 10am to 7pm. On Fridays, until 9pm. 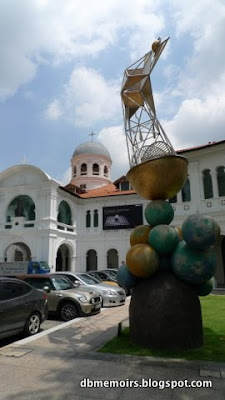