side trip to arabia

I wanted to go to Arab Street because of Haji Lane, but Arab Street itself was very interesting, too. The shophouses were so photogenic. Most were selling textiles and carpets. 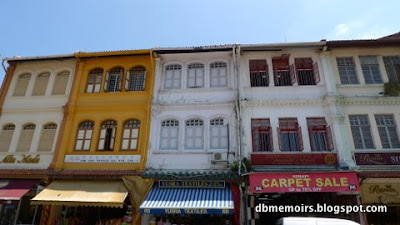 Check out that kooky building that looks like a flat sheet hanging in mid-air. 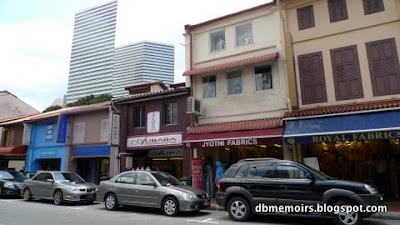 The center of the community is their massive mosque, which looks sexy (!) from any angle. 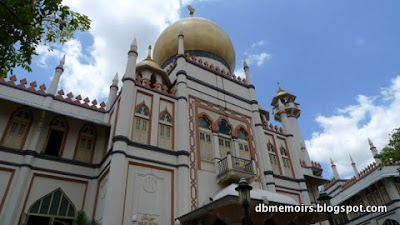 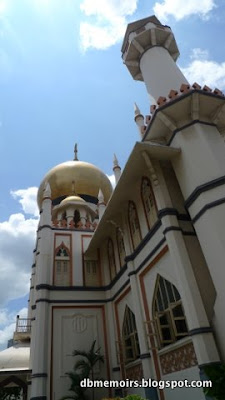 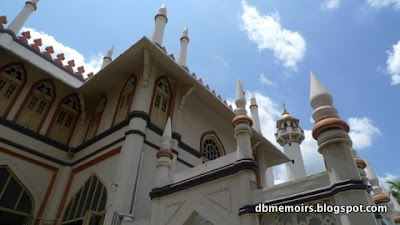 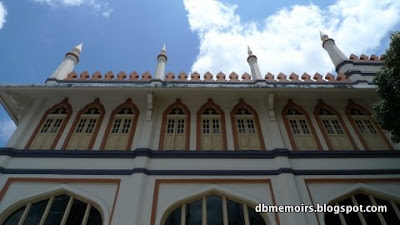 I knew that I wanted fish head curry that day, but it completely slipped my mind that we were in the wrong part of town. Good thing we didn't have to go to Little India. I asked a shopkeeper if there was any decent fish head curry around, and he told us to go to the back of the mosque and cross the street. 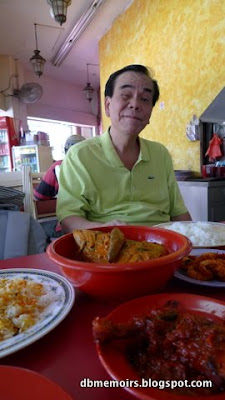 Verdict: It was forgettable. In fact, I'd already forgotten the name of the restaurant. The fish head curry was OK, but while eating it, I knew that it was better somewhere else. But we were all starving and short-tempered by that time, so it was lucky that what I wanted, albeit a pale version, was available right there. We also had a chicken dish and a squid dish, but I can't remember how they tasted.
Posted by Unknown at 10:27 PM
Email ThisBlogThis!Share to TwitterShare to FacebookShare to Pinterest
Labels: food, lumix, lx3, panasonic, photography, shopping, singapore, travel