My obsession with this salt is not over yet. 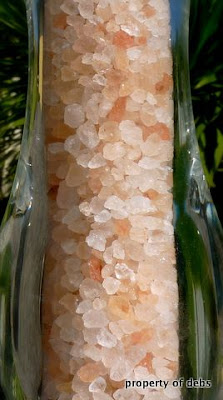 From wisegeek.com: "The reason for the special color in Himalayan pink salt has to do with the addition of a number of different minerals present in the salt. In addition to sodium, potassium, iron,magnesium, calcium and copper are all present in trace amounts. These additional minerals transfer color to the salt, with iron creating the pleasing pink color. 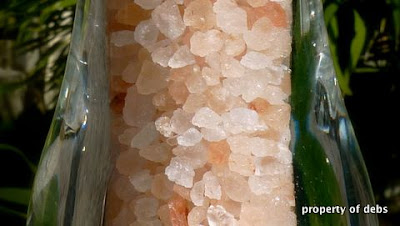 "The salt is harvested in the foothills of the Himalayan mountain range and is essentially fossilized sea salt. Because of its taste and color appeal, it was used for currency in ancient times and it may still serve this purpose in modern days. Primarily, people from Nepal trade Himalayan pink salt for grain, which does not grow well or profusely in the foothills. 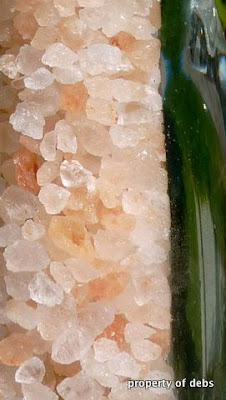 "People praise Himalayan pink salt for its crunch, and also because the salt in crystallized form is considered pure and unrefined. Due to lack of refining, it doesn’t lose its mineral content, as do other salts."

And it's so pretty! I may never use it. I'll just stare at it everyday.