the search for the best kopitiam

If I were to live in Singapore, I probably wouldn't last very long. Sooner or later-- most likely sooner-- I would keel over and die, albeit with a smile on my face. Because I would be having this for breakfast every day:

1. Hot, strong and sweet kopi. You know, the one that's served with a generous dollop of condensed milk. None of that kopi-C (coffee with evaporated milk) or kopi-O (black) nonsense. 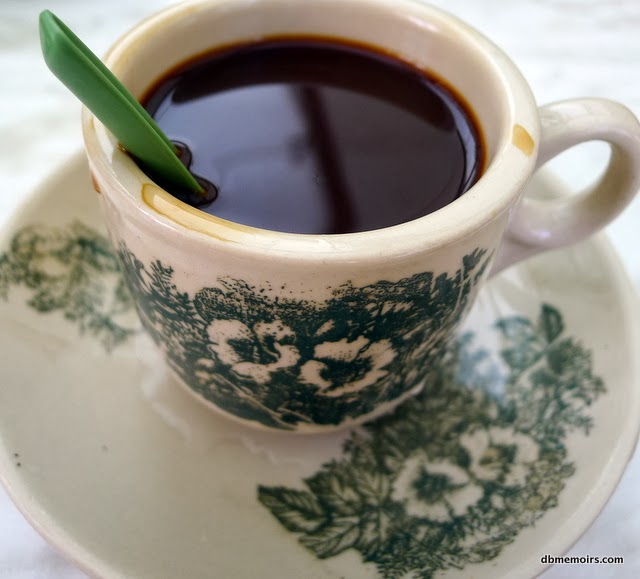 2. Two soft-boiled eggs drizzled with dark soy and sprinkled with lots of white pepper. The whole runny mess is best eaten with a teaspoon, or scooped up with pieces of kaya toast. The remains are then slurped by bringing plate directly to mouth. 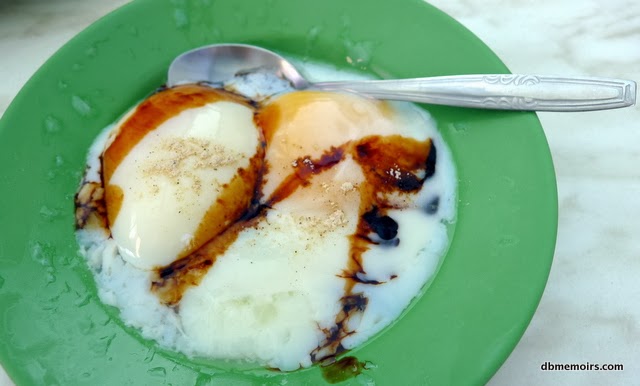 3. Kaya toast. That's white bread (not high fiber, not whole wheat) slathered with kaya jam and grilled. With chunks of butter in between, don't forget.

What's kaya? It's a jam made with eggs, coconut milk and sugar, with a dash of pandan for flavor. Yez, this meal is not for the weak-hearted or insulin-challenged. 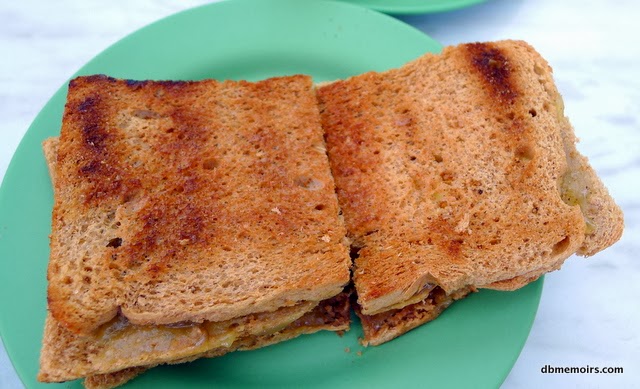 These are the three components of the kaya toast set breakfast, SGD4.20 (about US$3.40) at Ya Kun Kaya Toast on China Street. Cheap, delicious, filling. So good and so, so bad.

I've had the kaya toast breakfast before, of course. Once at Killiney Kopitiam's mothership which has been doing business on Killiney Road since 1919, and a couple of times at Toast Box's mall outlets. 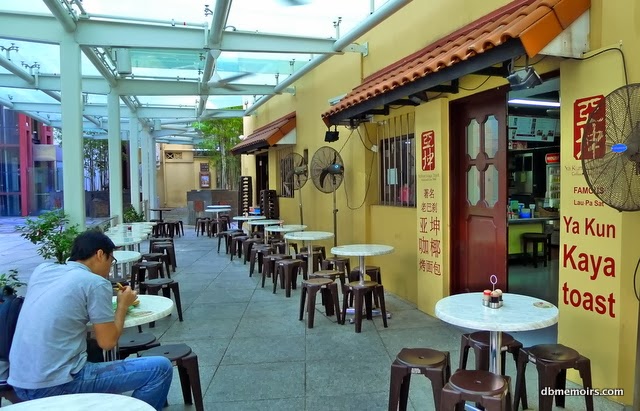 I have to say that I like the ambiance at Chinatown's Ya Kun the best. The first time I visited, it was a lazy Sunday morning and I sat outdoors because it was quieter than inside the restaurant. The next day, however, I needed some air-conditioning. Plus I wanted to observe the action in the open kitchen. 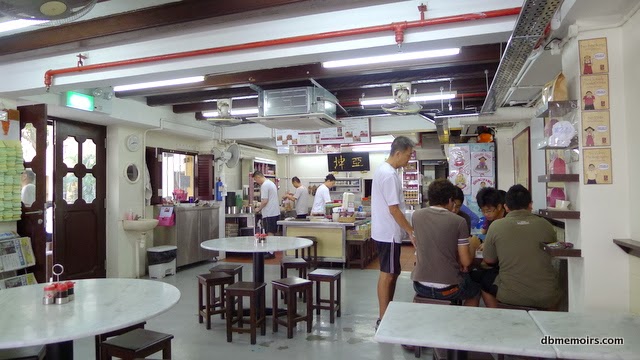 The menu is very straightforward and almost certainly hasn't changed since the 1940s. 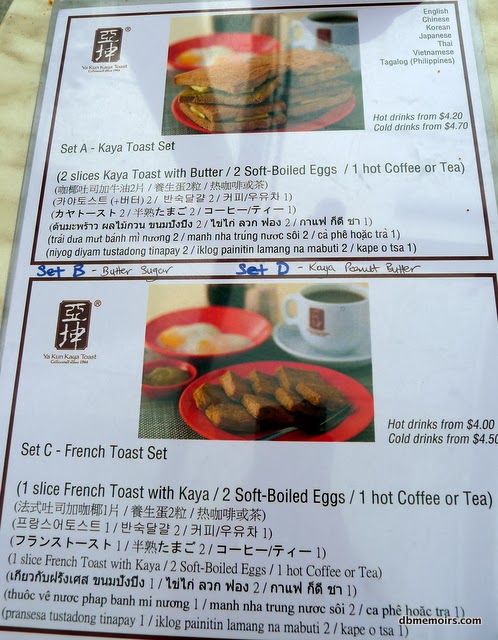 The smart-alecky posters on the wall, I have a feeling they're fairly new. 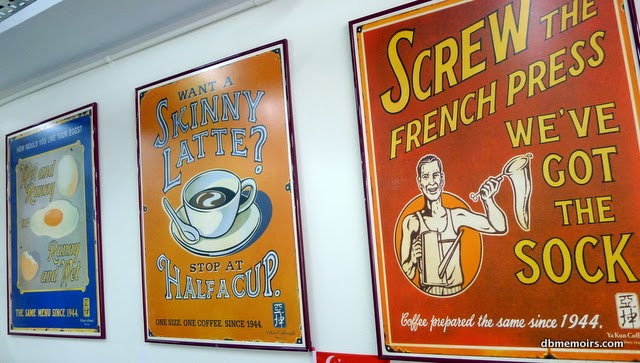 Ya Kun's eggs were not as consistent as Killiney Kopitiam's superb specimens, but the kopi was just as good. And I was sufficiently impressed by their kaya toast that I took home some of the jam (two mini jars for SGD6). Now I have to fire up my charcoal grill just to make toast. 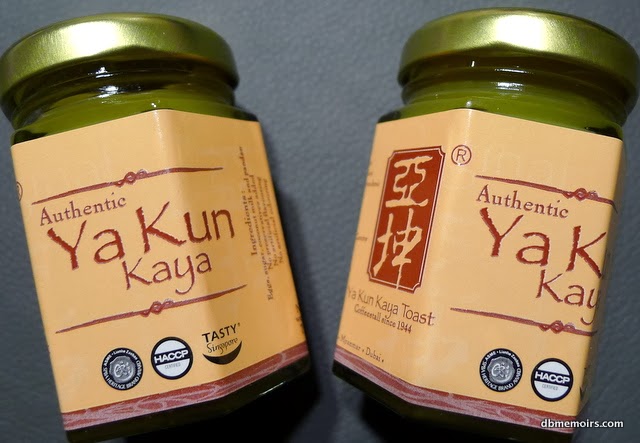 While visiting the Singapore Art Museum, I decided to take a break from art appreciation at Dome Café. Their flat white hit the spot on a rainy afternoon. 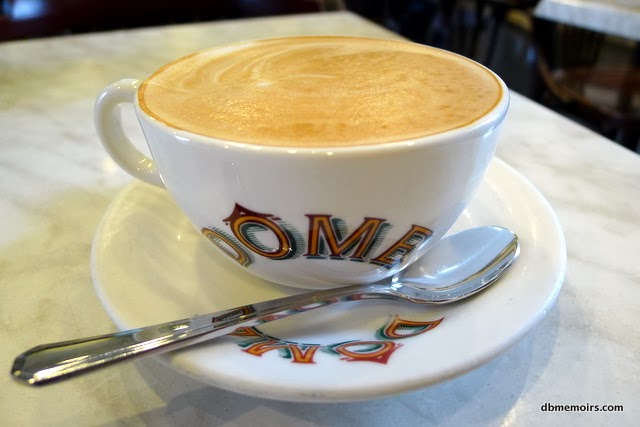 And the choco lava cake with ice cream was the best I'd ever had. Beautifully molten interior, dense bittersweet chocolate, and the ice cream was flecked with real vanilla beans. 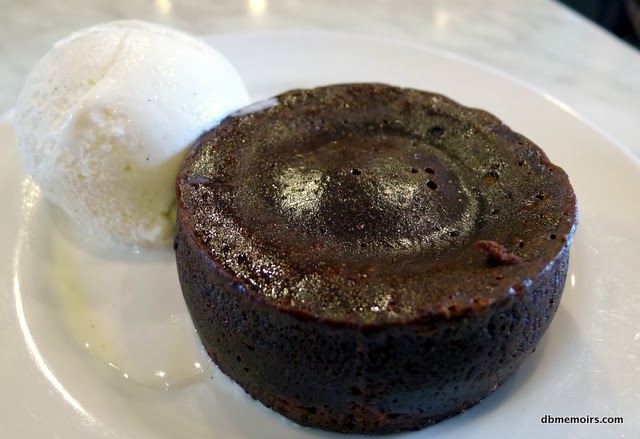 One of the best things about Singapore is that the best coffee is the cheapest coffee. Case in point: On Pagoda Street, Good Morning Nanyang Café serves a mean cup of kopi for only SGD1.40 (a little over US$1). I should try their kaya toast next time. 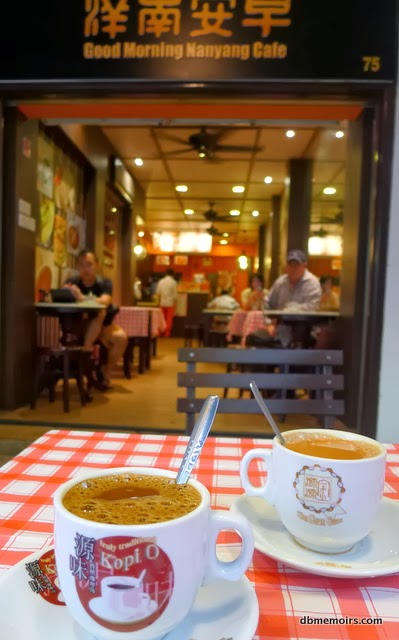