We arrived in Singapore at night on 25 October 2013. After checking in at Bliss Hotel, we ventured out to look for something to eat. On the second floor of Chinatown Complex at 335 Smith Street, there's a huge food centre with over a hundred stalls. We ended up at a tze char place called Home Town Cuisine. 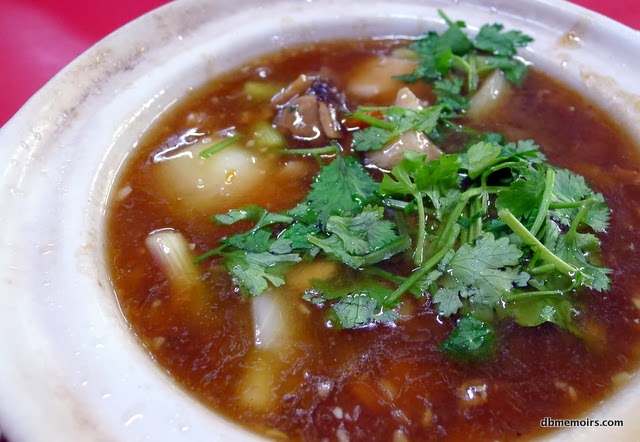 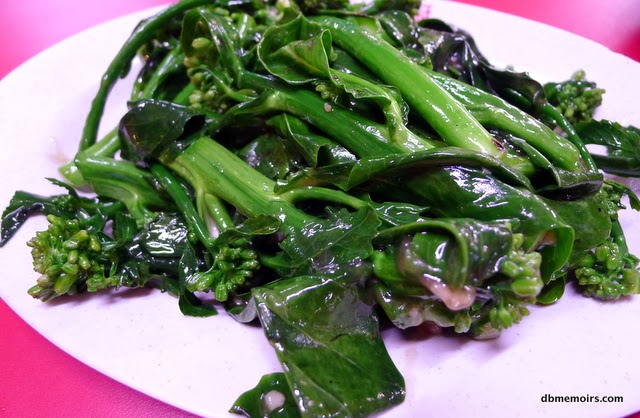 Honestly, the food was not that great, and SGD15 (US$12) for a "braised chicken salted fish bean curd in claypot", a small order of stir-fried Chinese broccoli, some rice and a bottle of Tiger beer was not exactly cheap. But it was almost 10PM and most of the stalls were closed.

After dinner we walked around the neighborhood, but only for a little while since we had to get up early the next day to beat the crowds at Gardens by the Bay. More about that in my next post. 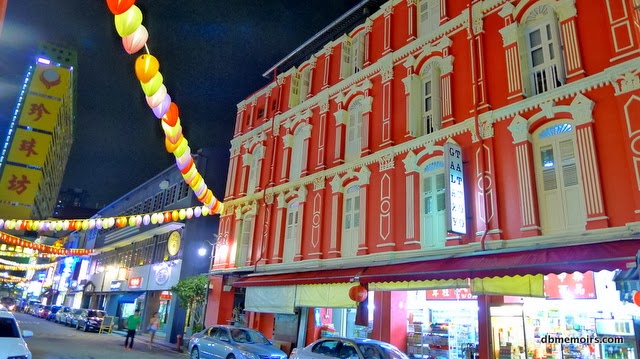 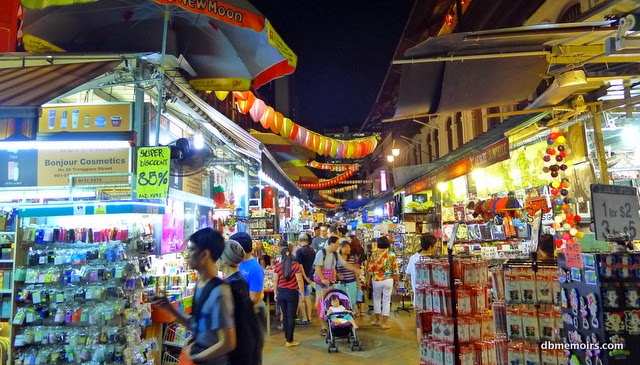 The whole of Sunday, 27 October 2013, was set aside for exploring Chinatown. Even though this was my fifth trip to Singapore, I had been to Chinatown only once before, with the parents in 2010, for a grand total of 20 minutes.

In between breakfast at Ya Kun Kaya Toast Coffeestall, lunch at Tian Tian Hainanese Chicken Rice and dinner at Chinatown Seafood Restaurant, we walked and walked.

One of the most awesome streets in the area, South Bridge Road, has a Buddhist temple... 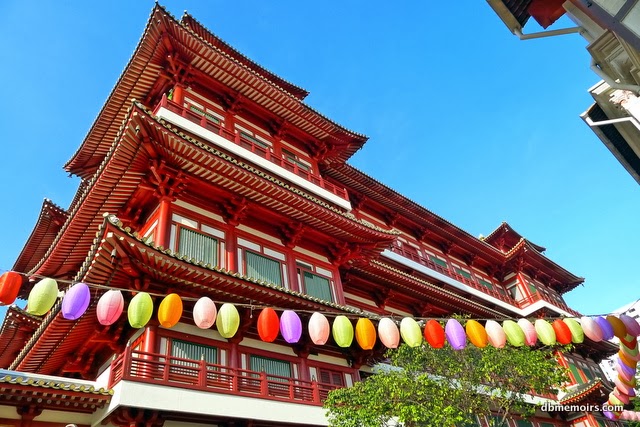 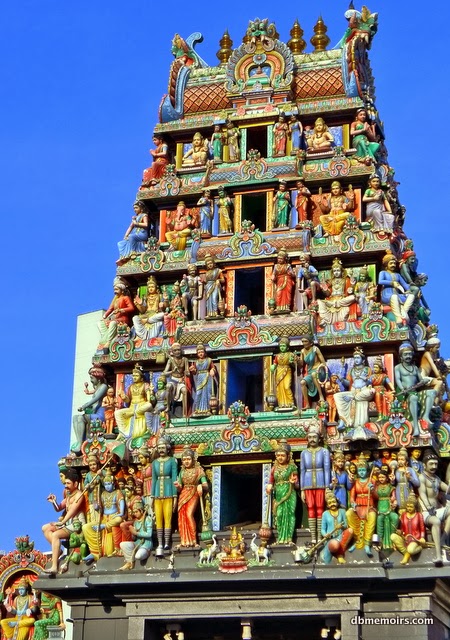 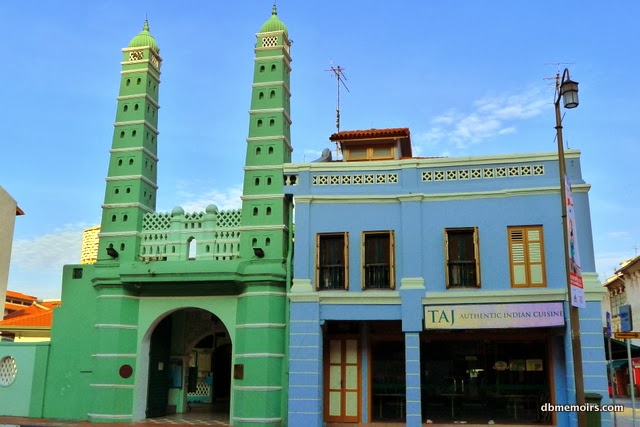 There's at least half a dozen side streets which are lined with all sorts of kitsch. 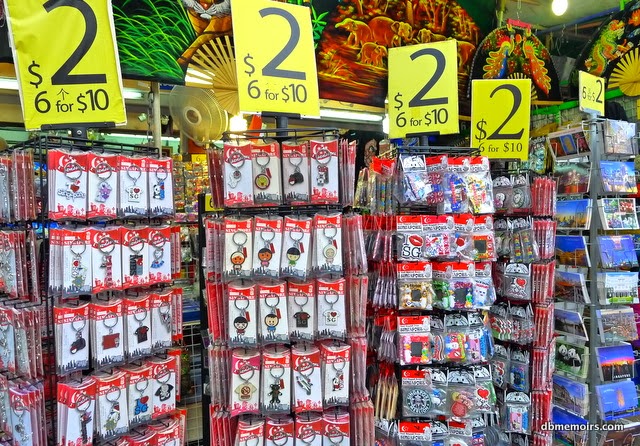 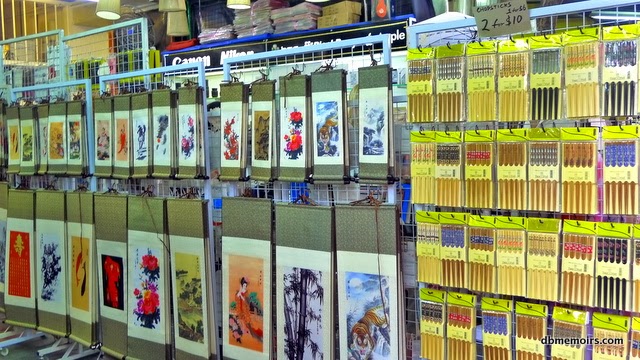 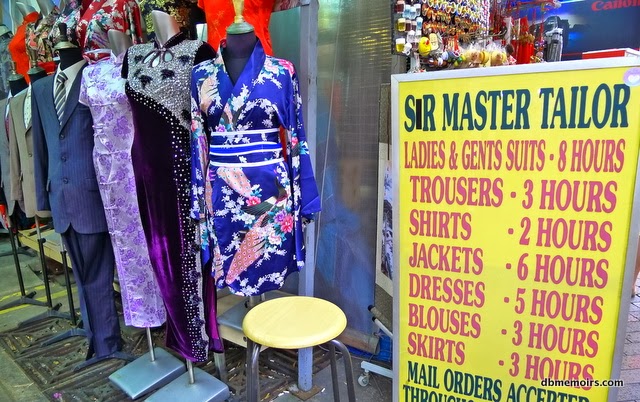 But there are also a few quiet corners which celebrate the rich history of the Chinese community here. 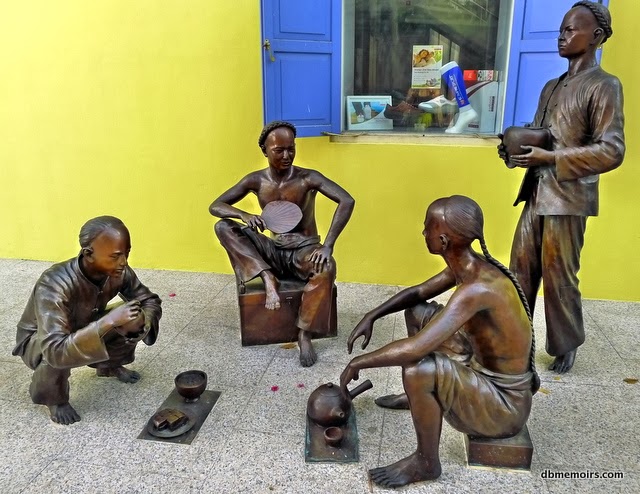 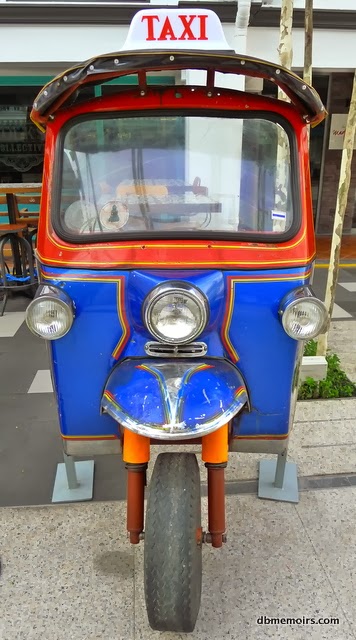 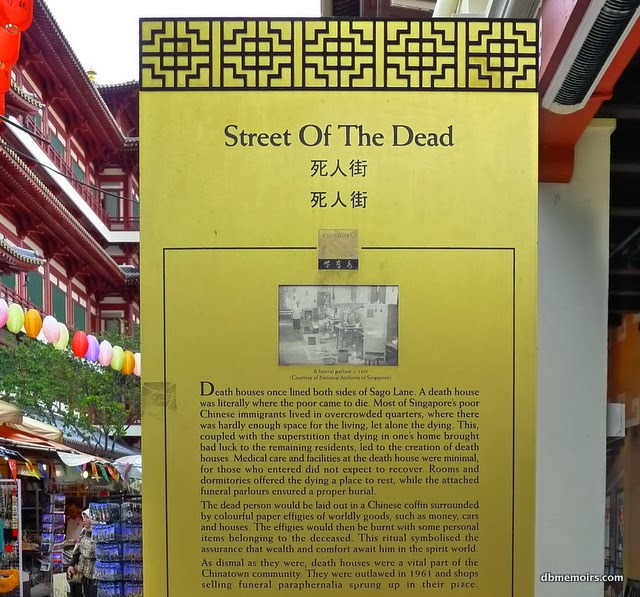 The architecture is a glorious, bewildering jumble of old and new. 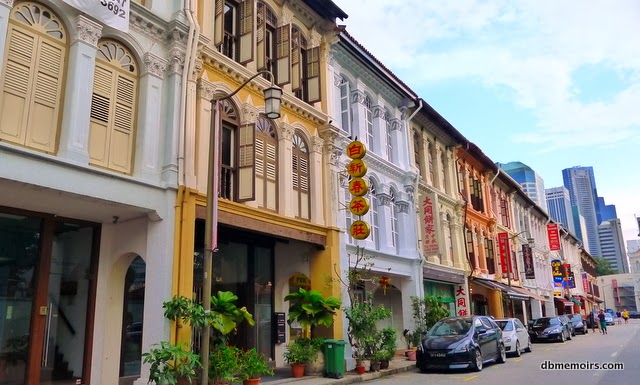 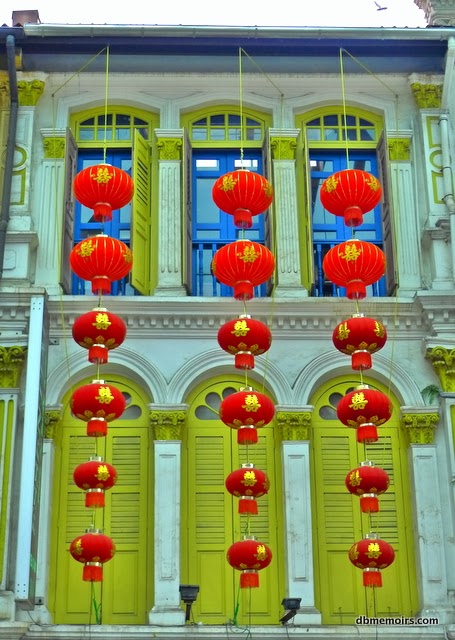 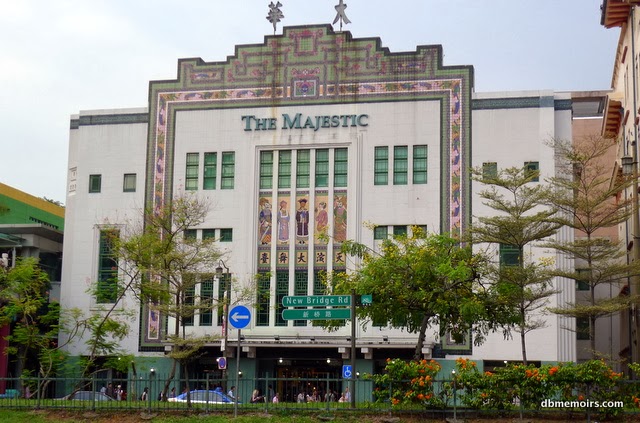 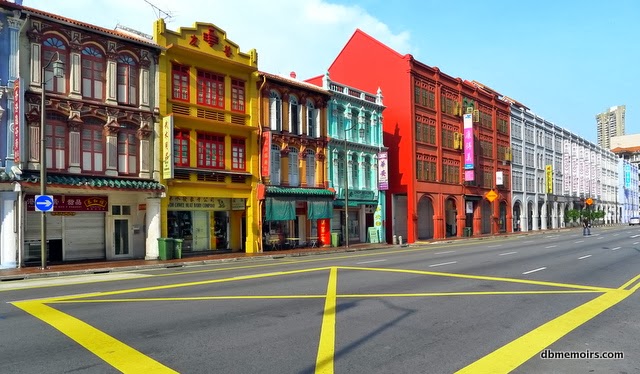 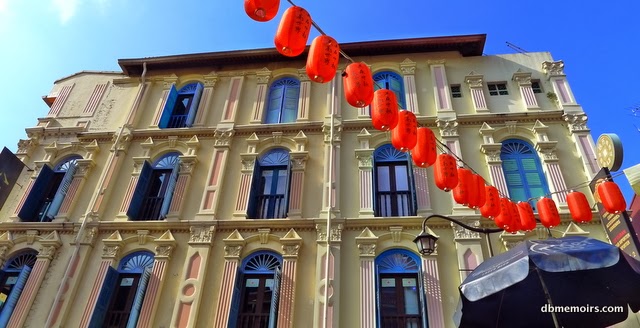 I grew up in the world's oldest Chinatown, but this one in Singapore is really worth a visit. And not just for the food. 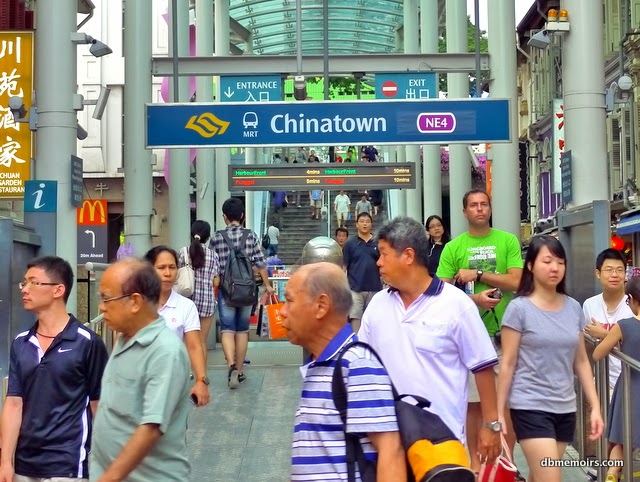