look, up in the sky!

We are so lucky to have witnessed the rare conjunction of Venus, the Moon and the Earth on 16 May 2010. Actually, we didn't know that it was a big deal until we watched the news on TV the next day. We were just trying to decide where to have dinner, and ended up sitting on the beach. We saw the entire show, from the time the Evening Star was perched on top of the crescent until a couple of hours later when the Moon completely obscured it. 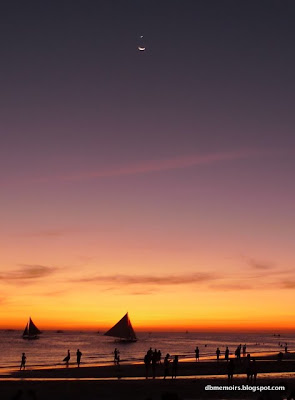 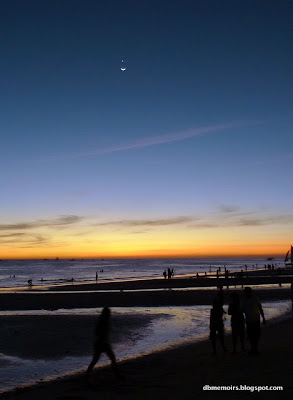 I didn't bring a tripod, so I didn't bother to take pictures after the sky had turned dark. But we did stay on the beach until almost moonset. Lovely.
Posted by Unknown at 1:29 PM
Email ThisBlogThis!Share to TwitterShare to FacebookShare to Pinterest
Labels: boracay, lumix, lx3, panasonic, photography