The next day, we hired a tricycle to take us to the famous La Paz Sand Dunes, where the movies "Mad Max", "Born on the Fourth of July", "Ang Panday" and the cult classic "Temptation Island" were reportedly filmed.

The tricycle drove out of Laoag City, and onto a kind of dirt road. We saw sand dunes by the side of the road, and wondered, "What's the big deal?" After a while, we started seeing houses with artesian wells. Hmmm... We turned back and stopped on a little rise.

Bunny Rabbit started taking pictures-- out of optimism, I think. I was still wondering about the so-called desert of the north. Why was it so small? 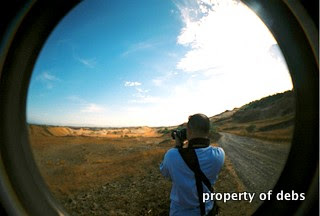 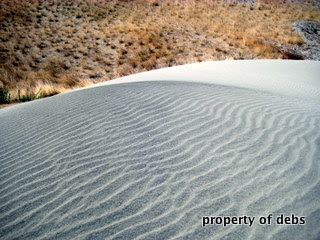 Rolling sand dunes, as far as the eye could see. 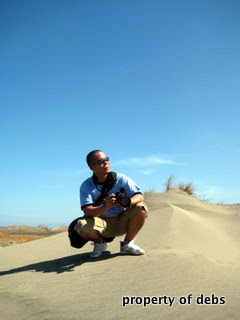 Read this next bit carefully: Outside of Boracay, the sand is always, always hot. Do not attempt to go barefoot. Do not wear your fancy Havaianas or Ipanemas. 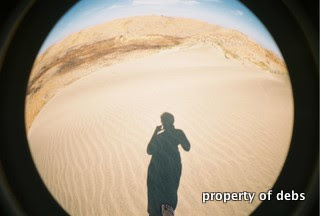 See my foot there? Every grain of sand that touched my skin left a tiny second-degree burn. I still have tan lines from the thongs.
Posted by Unknown at 10:54 AM
Email ThisBlogThis!Share to TwitterShare to FacebookShare to Pinterest
Labels: ilocos, laoag, travel