This is the last picture I took in Ilocos. It's called Simbaan a Bassit. Some people also call it Camposanto. 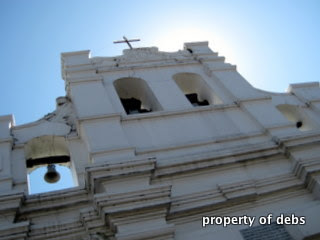 We arrived in Laoag City on 1 March 2009. The next day, we went to Batac and Paoay. The day after, the La Paz Sand Dunes and Fort Ilocandia. After that, Pagudpud and Bangui. On 5 March 2009, we went to Vigan City. The next day, we took the bus back to Laoag City and flew to Manila.
Posted by Unknown at 2:17 PM
Email ThisBlogThis!Share to TwitterShare to FacebookShare to Pinterest
Labels: ilocos, travel, vigan