The great thing about staying in a hotel on Macau Peninsula (and not on Cotai Strip) and being a block away from Largo de Senado is that most of the historical sites are within walking distance. This was essential as my female progenitor, a.k.a. "Ma", hates to walk-- unless it's in a shopping mall.

Less than five minutes from the Metropole Hotel is St. Augustine's Church. It's my favorite of the half dozen or so churches and temples that we visited. 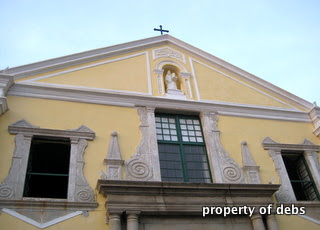 It's in St. Augustine's Square, which is also where the Dom Pedro V Theatre is located. That's the green building behind my immediate forebears, a.k.a. "Parents". 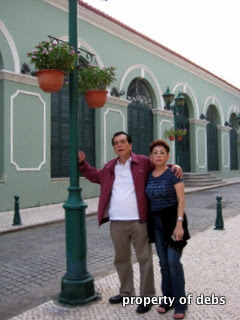 We didn't make it to St. Lawrence's Church before it closed for the day. But the outside looked really cool. 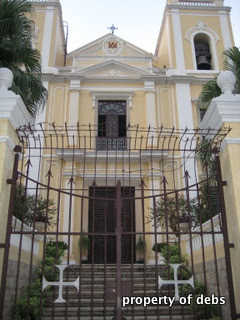 That evening, we took a cab to have dinner at Camoes Restaurant, which is in Fisherman's Wharf. It was a weekday, so the place was deserted. You're supposed to think that you're in New Orleans. But with a Roman Coliseum and a fake volcano-- that erupts, by the way.

Still, I was there for the food. It was excellent.

Here's a New Orleans-y building. You can see the Sands Casino behind it. 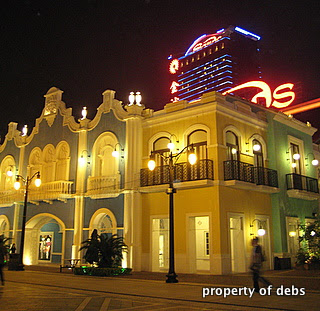 Posted by Unknown at 1:14 PM
Email ThisBlogThis!Share to TwitterShare to FacebookShare to Pinterest
Labels: macau, travel