The 3,000 won (US$2.80) ticket for Gyeongbokgung Palace (see previous post) included entrance to the National Folk Museum of Korea. The rain was coming down in earnest, so we decided to seek shelter at the museum.

On the way there, we saw a cool representation of the twelve zodiac symbols. I was born in the year of the pig and I admit to having the typical characteristics of one. 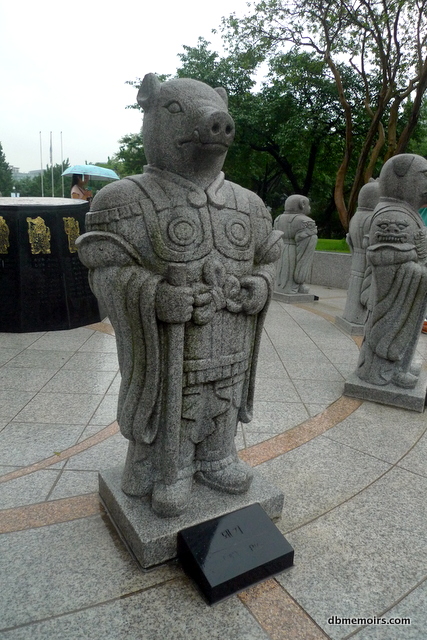 The museum's main building won an award for architectural design, planning and execution in 1966. 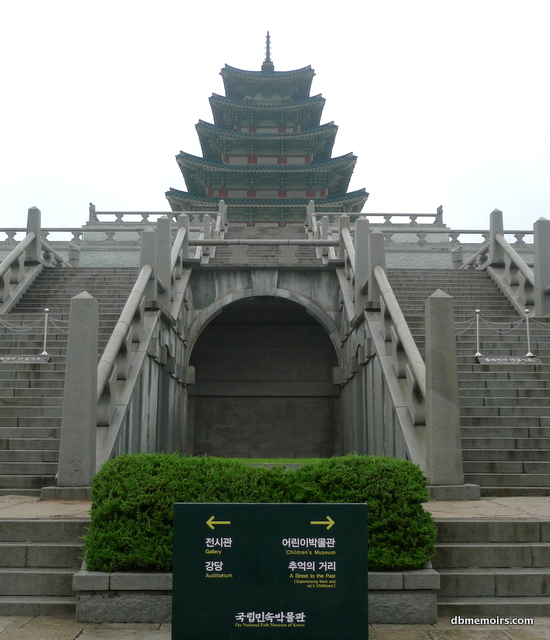 My favorite exhibits were the dioramas. The facial expressions killed me. 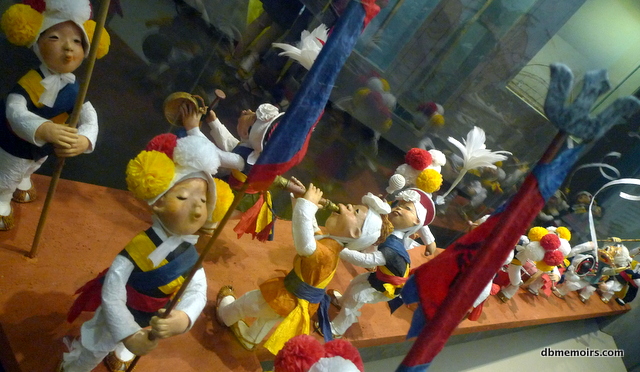 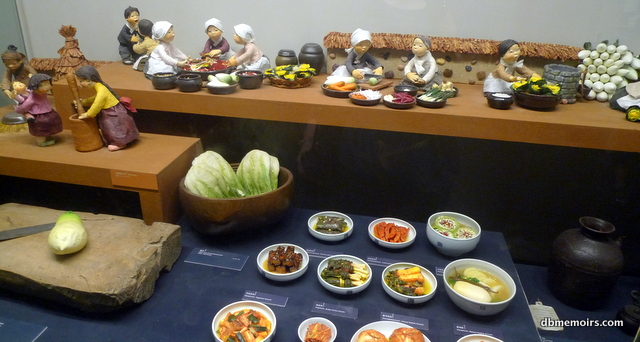 Forty minutes later, we had finished exploring the museum-- there are English guided tours at 1030AM and 230PM but we missed them-- and still, the rain showed no signs of letting up. So we just went for it and started walking to our next destination, Changdeokgung Palace, which was about thirty minutes away. We rushed through the Insa-dong area which is a famous cultural center. I would have liked to check out the art galleries, craft stores, traditional tea houses and restaurants, but we didn't have time and I thought that Changdeokgung was more important, being a UNESCO World Heritage Site and all. 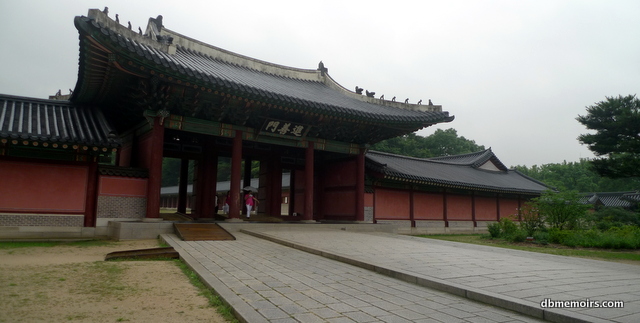 We paid 3,000 won again to enter the palace grounds. There's a combination ticket, price 10,000 won, to visit four Grand Palaces (Gyeongbokgung, Changdeokgung, Changgyeonggung, Deoksugung) and the Jongmyo Royal Ancestral Shrine. But we knew that we would only be able to see two of the palaces, so we just bought individual tickets. 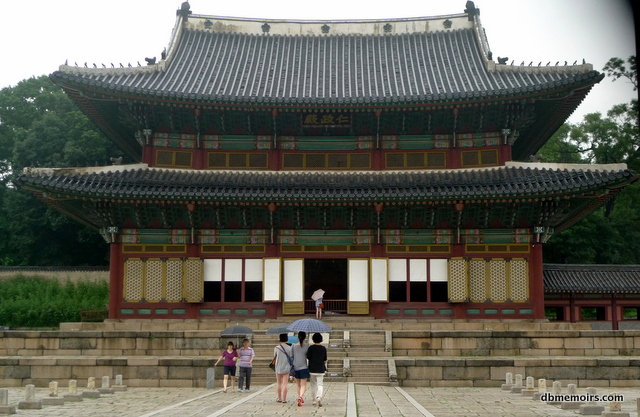 Sadly, by that time the miserable conditions had defeated me completely. I couldn't scrounge up any more enthusiasm to take pictures of grey skies and anyway, my camera was getting wet from the rain every time I took it out of its case. The extreme humidity really sapped my energy; it felt like breathing in and walking through soup. It was the worst weather for sightseeing that I've ever experienced.

I bought a cold drink from the museum shop and just watched JetLee jog around the compound like an Energizer bunny. 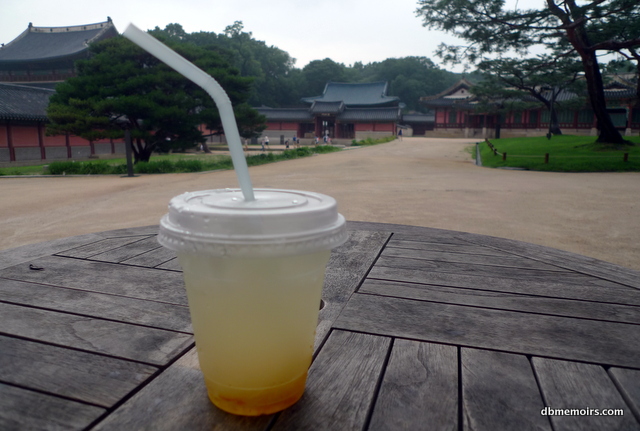 Nevertheless, I enjoyed our little tour. Must've been the company. ;-) 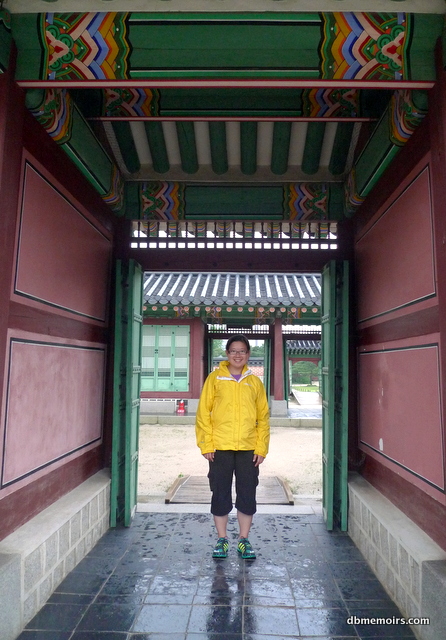 I found these apps extremely helpful for navigating Seoul. Available for free at iOS App Store and they all work offline.

Would I ever go back to Seoul? Why, yes. I would like to visit Changdeokgung again, in fact, and join the guided tour (1030AM and 230PM daily). 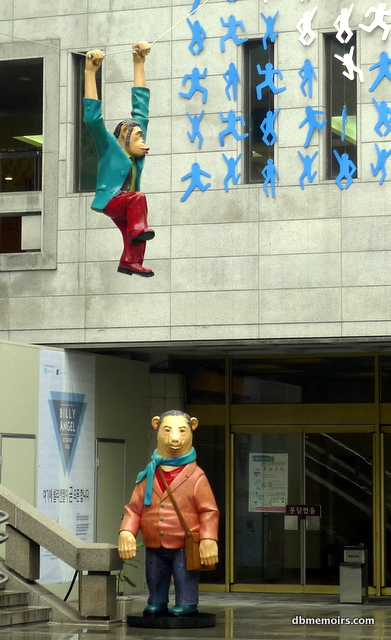 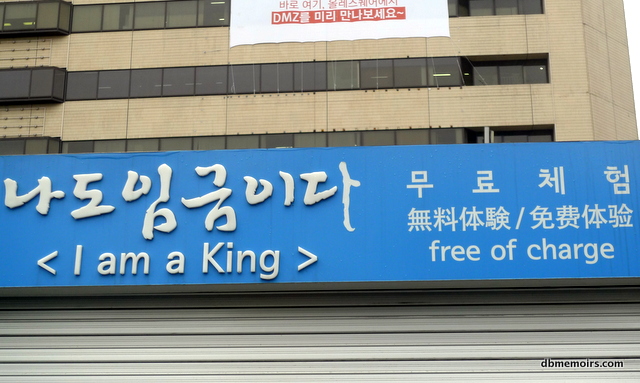 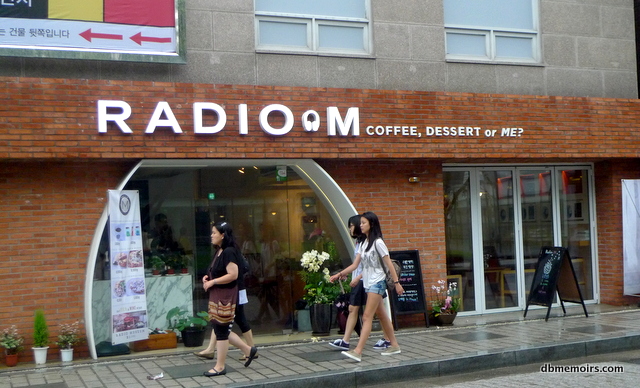 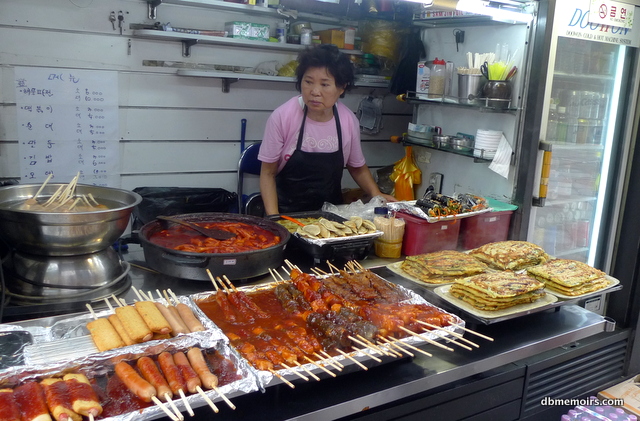 But please, not in July.
Posted by Unknown at 6:36 PM
Email ThisBlogThis!Share to TwitterShare to FacebookShare to Pinterest
Labels: korea, seoul, south korea, travel