So the elections are coming up in less than two weeks. I'm trying not to look at the candidates' campaign paraphernalia because they're all so annoying, but it's hard. They're everywhere.

This poster really creeped me out. Is it an advertisement for stem cell surgery? Before and after pictures? 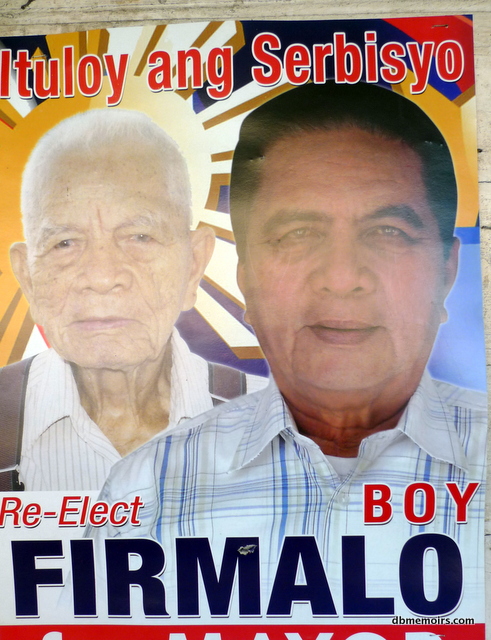 This guy's dad is way cuter than he is. Nice smile. Can I vote for him? Is he still alive? 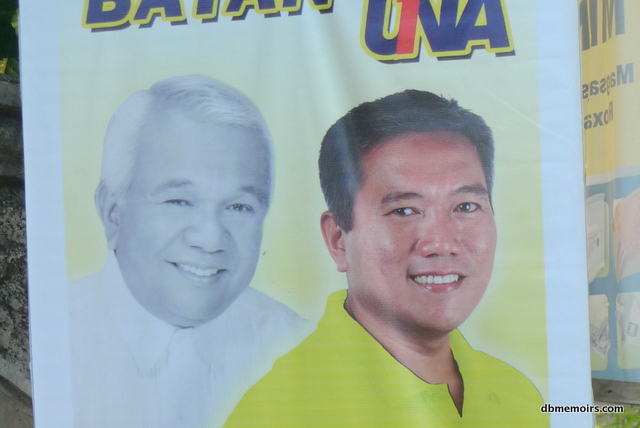 Seriously, please don't do this if you are not as good-looking as your father. And it doesn't help that he died in the prime of his life and you've lost all your hair. 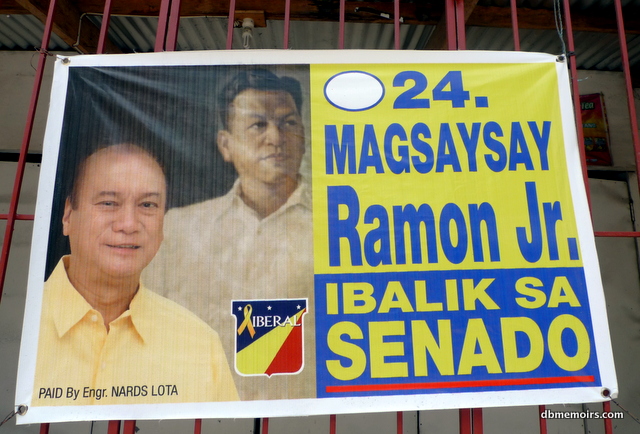 Political dynasties have always been around, but I've never seen such blatant and shameless evidence of them. 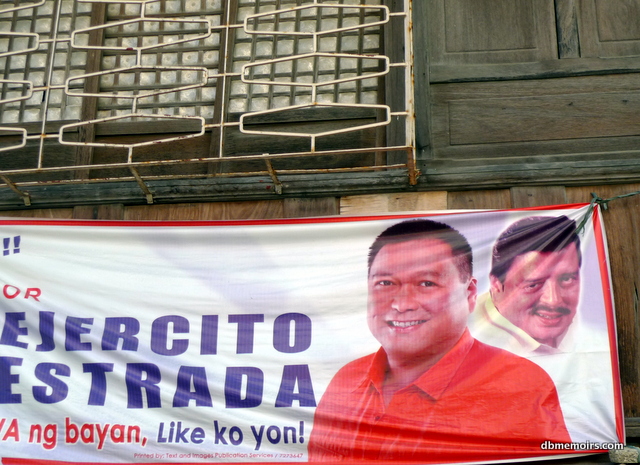 I suppose I shouldn't be surprised. After all, it's how the last presidential election was won.

Posted by Unknown at 2:48 PM
Email ThisBlogThis!Share to TwitterShare to FacebookShare to Pinterest
Labels: current events