On 30 March 2013, the day before Easter Sunday, my friends and I went on a road trip. Our destination was the city of Vigan in Ilocos Sur province, about 400 kilometers from our starting point, Quezon City. 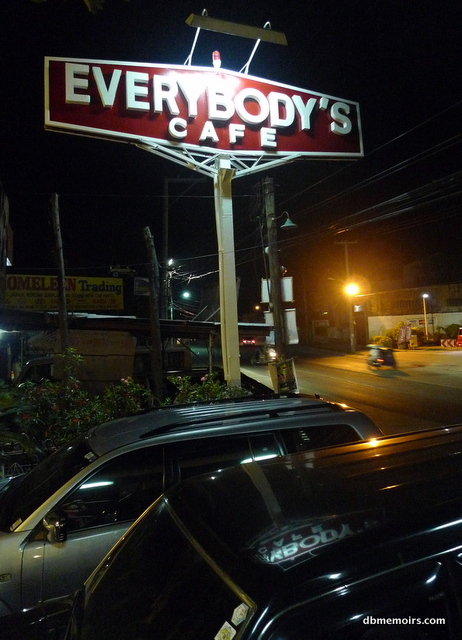 Everybody's Café was actually our second choice-- Aling Lucing's sisig place was closed-- but I had no complaints. I'd been wanting to eat here for the longest time.

The set-up was simple but effective. The dishes were displayed in a glass case and we chose what we wanted to eat, turu-turo style. 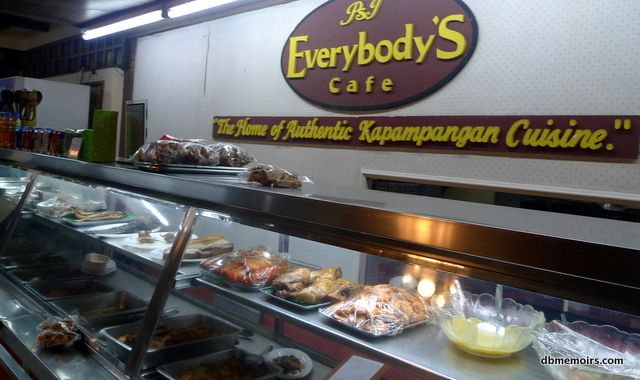 While waiting for our food to be heated up, we congratulated ourselves for our decision to get out of town on Black Saturday, when everyone else was going back, causing a humongous traffic jam on the opposite side of the highway.

From our table, our view was a very large "Last Supper" painting. On its left was the Prayer Before Meals, and the Prayer After Meals was on the right. A subtle reminder that it was Holy Week. 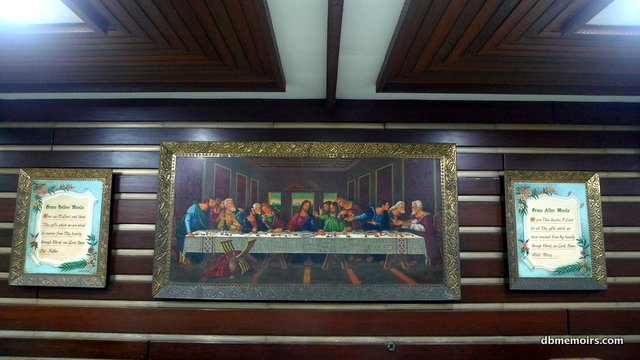 We kicked off our meal with a refreshing pako salad. Fiddlehead ferns, salted eggs, sliced tomatoes, a sprinkle of vinegar. Needed a bit of salt, but otherwise a beautiful starter. 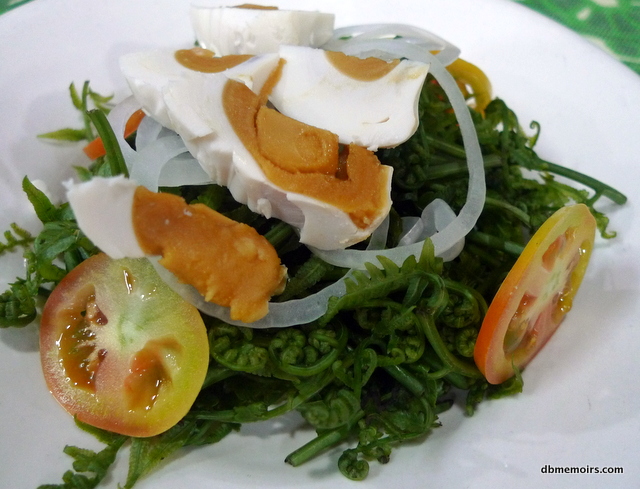 Our waitress suggested the ulang, or freshwater prawns with tiny pinchers. They were huge! Or at least, the heads were. The bodies were just a little bigger than my thumb, but I enjoyed this dish anyway. I happen to like prawn brains.

Ulang meat, by the way, tastes like regular prawn. But the texture is a bit surprising-- somewhat chewy but not tough, mealy but not mushy. 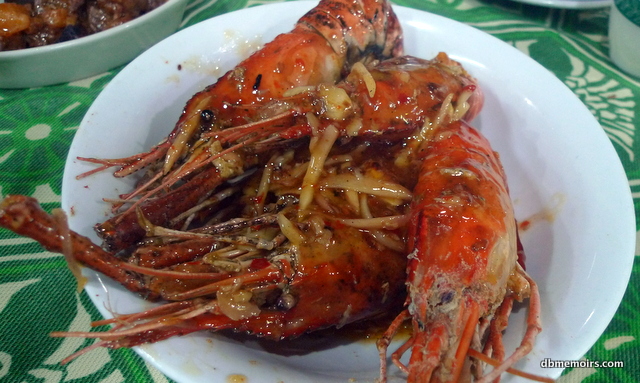 I was very impressed by the squid adobo. It sure wasn't pretty, but the critters were nice and soft, and the squid ink sauce was lightly briny. 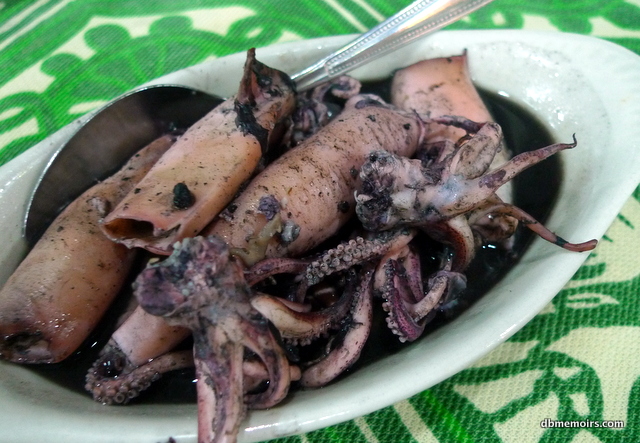 The beef kaldereta and the deep-fried catfish were just OK. 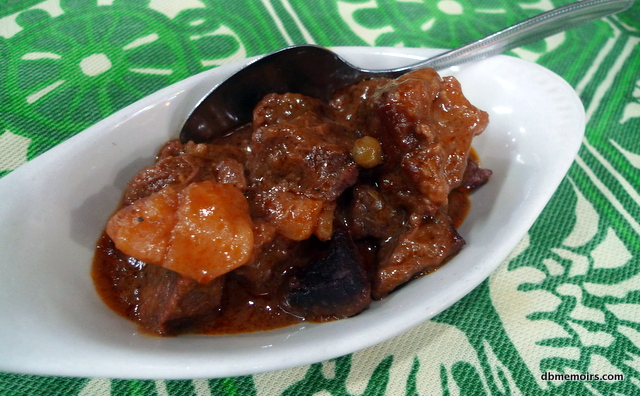 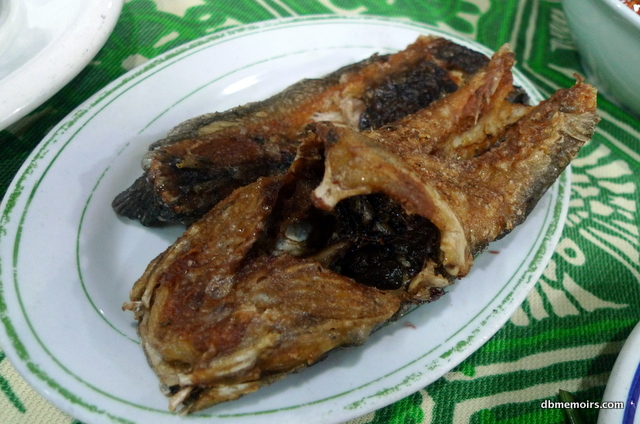 However, what I was really looking forward to were Everybody's Café's signature dishes. (I don't like to call them "exotic" because really, if you were from Pampanga and your family ate these dishes all the time, would you want to be called "exotic"?)

When we arrived at almost 8PM, they weren't sure if they could still serve us kamaru. They had just run out, and it would take time to prepare a new batch. We said we were willing to wait, and wait we did... for our stir-fried crickets! 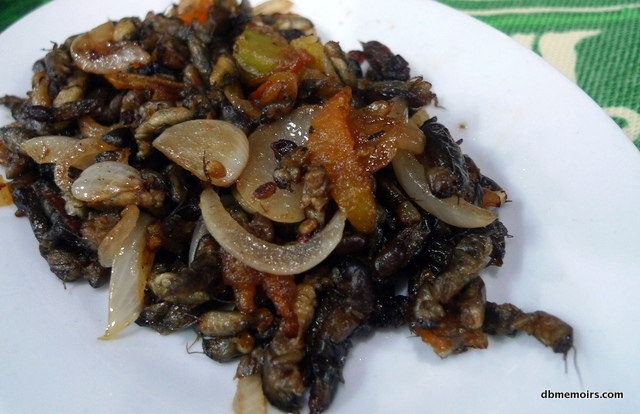 OK, honestly. The crickets had no distinct taste or texture. They were just tiny, crispy, salty morsels which would have been excellent with ice-cold beer. No big deal. If I closed my eyes, I would not think that I was eating bugs.

The betute, on the other hand, was much more interesting. Stuffed frogs, without their heads. 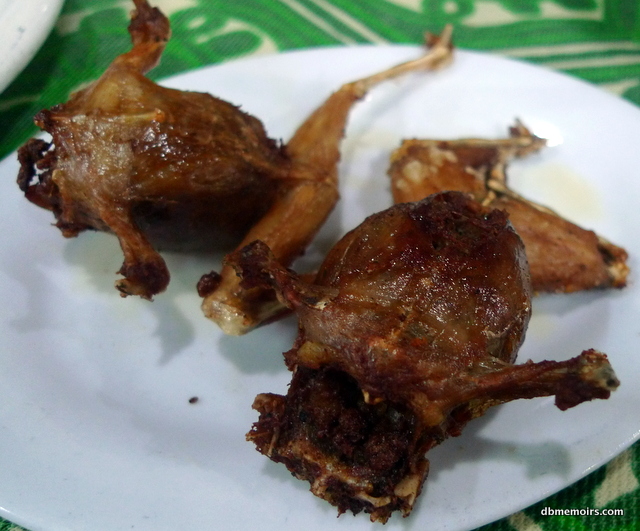 Here's another picture. So cute. 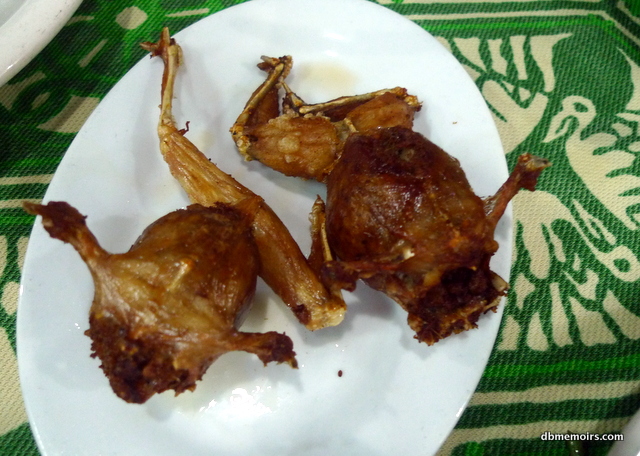 If you squint, they look like itty-bitty chickens, and yez, they did taste kind of like chicken. I'm not sure what the stuffing was-- definitely not frog meat. Probably chicken. And the teeny tiny frog legs tasted like chicken legs. But so much better, much yummier! No kidding, I would rather eat frog than chicken ever since I tried betute.

Now if I can only stop thinking about him.