I don't think I can say anything about the Taj Mahal that hasn't been said before-- about its majesty, its beauty and the immortal love story. It's so famous that everyone has heard or read about it and tend to think of it as familiar. But the truth is, nothing can really prepare you for the first time you meet her.

We arrived at the Taj Mahal complex at 730AM on 23 September 2012. Our tour guide gathered us in front of the main gate (darzawa) for a briefing, but you could tell that all of us were just itching to go inside. 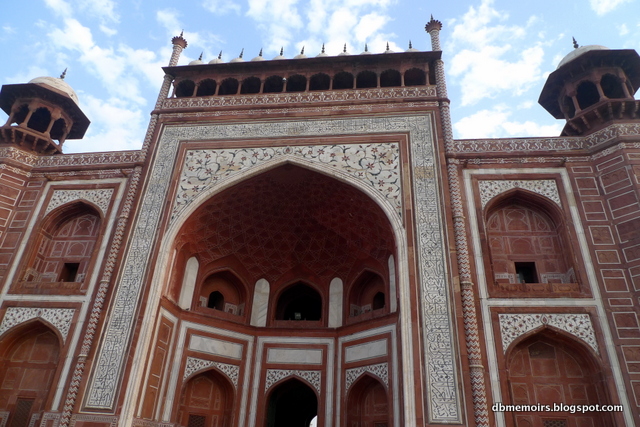 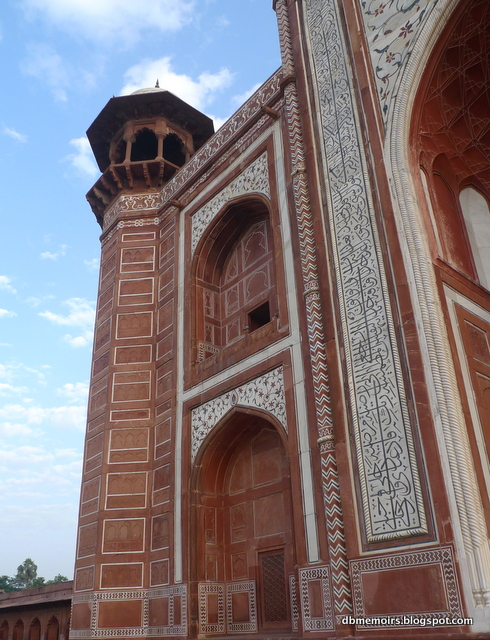 After a 20-minute history lesson, we finally went through the gateway and there she was. My first view of the Taj Mahal, bathed in golden morning sunshine. 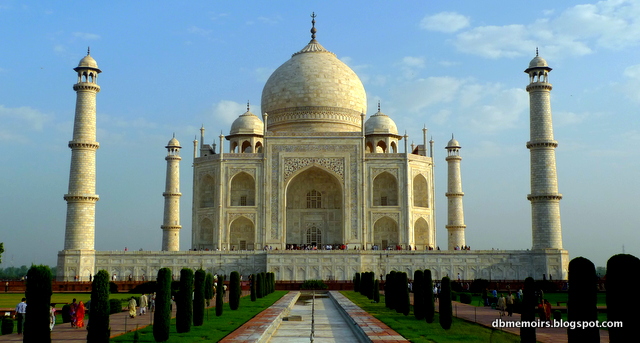 As we walked towards it, I was struck dumb by the tomb's immense size. Over 170 meters tall, made of pure white marble, completely symmetrical on all sides and built by hand by thousands of skilled workers. Amazing. 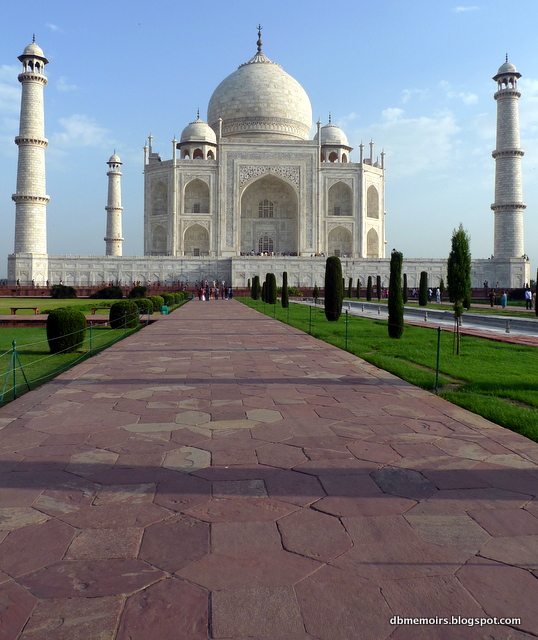 Tourists go up using the stairs on the western side, where the mosque is.

From Wikipedia: At the far end of the complex, there are two grand red sandstone buildings that are open to the sides of the tomb. Their backs parallel the western and eastern walls, and the two buildings are precise mirror images of each other. The western building is a mosque and the other is the jawab (answer), whose primary purpose was architectural balance, although it may have been used as a guesthouse. 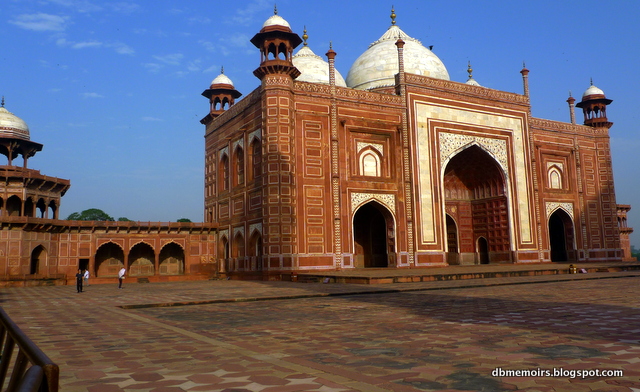 I was prepared to go barefoot, but our travel agency provided us with shoe covers. I was so excited to see the details up close. Every square centimeter of the structure is decorated with carvings, paintings and calligraphy, and there are even precious and semiprecious gems inside the mausoleum chamber. I had to restrain myself from touching anything. 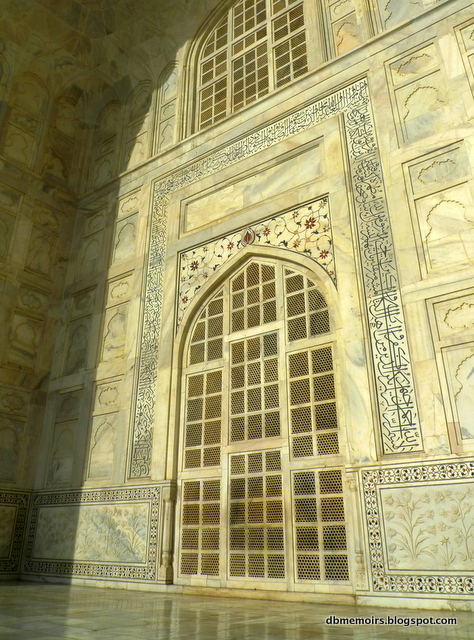 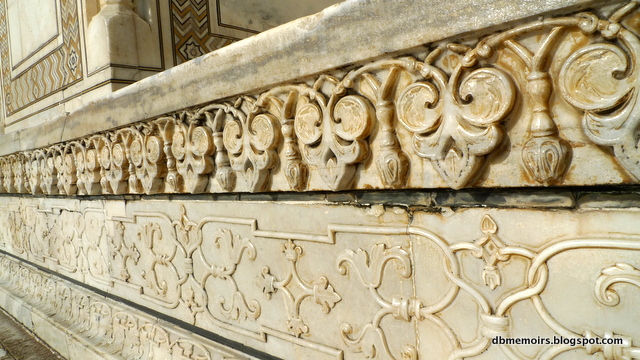 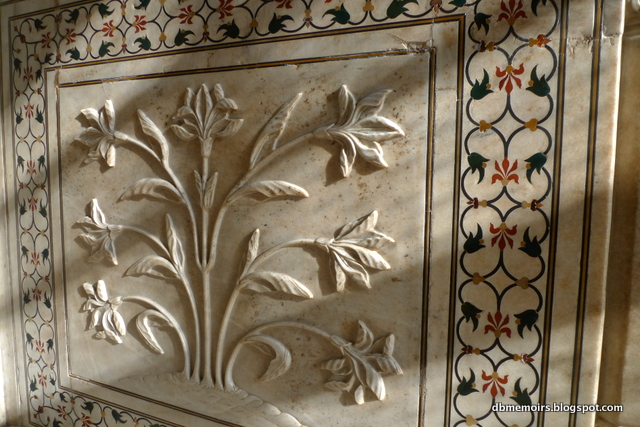 The weather was perfectly lovely that day. My favorite weather site, Wunderground, said that it was raining a lot the week before. Yez, I'm lucky like that. 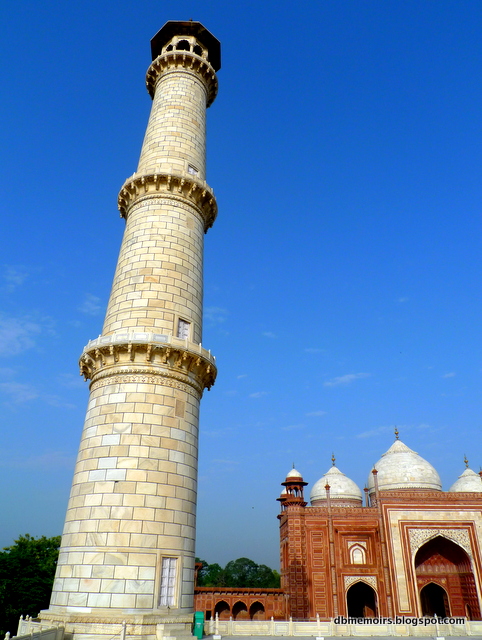 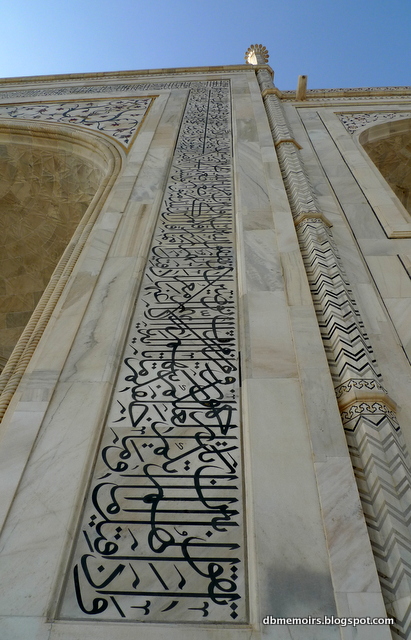 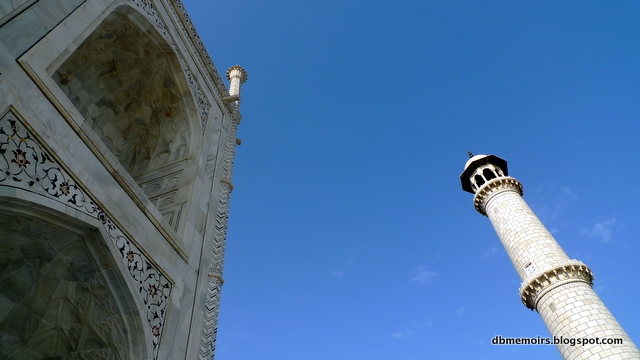 We could see Agra Fort, which we visited the previous day, across the river. 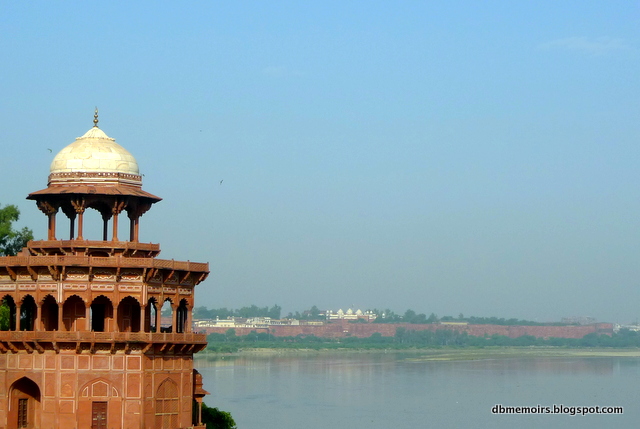 As we were about to leave, we took a peek at the eastern side of the tomb which our guide said was the locals' entrance. It was practically deserted. 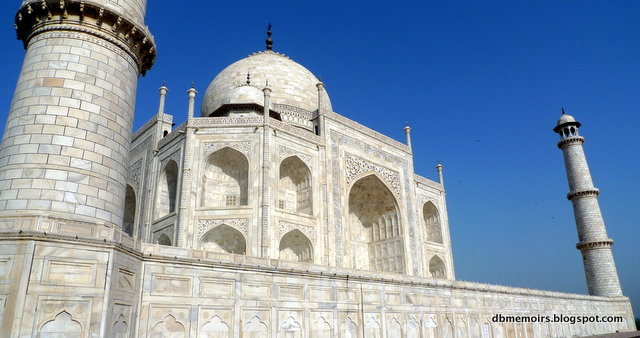 And since it was still morning and the sun was in the east, the light was just right. 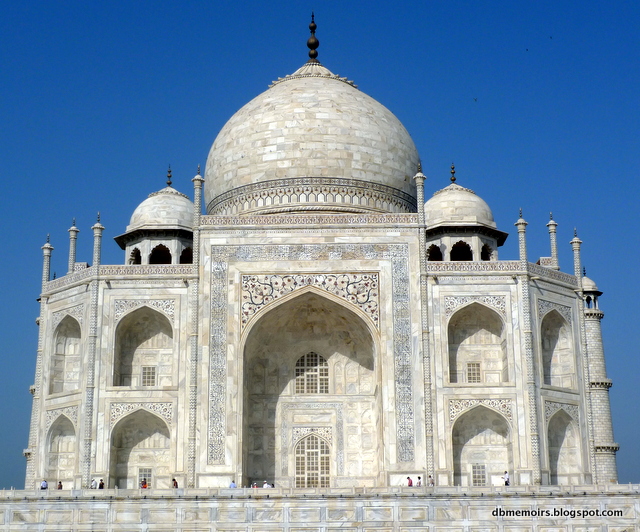 Even after 2.5 hours, I could hardly tear myself away. But the crowds were coming, it was getting hot and it was time for breakfast brunch. 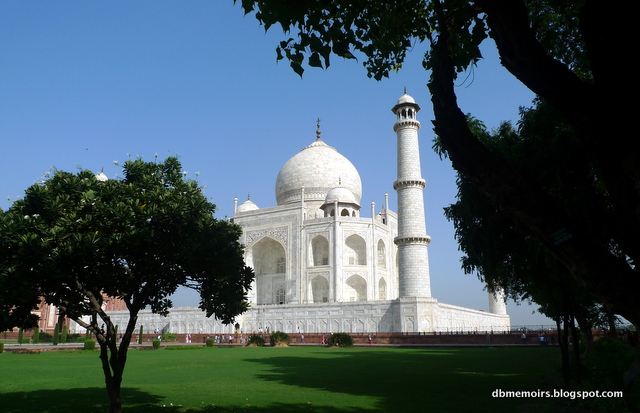