Our Philippine Airlines flight left Manila at 6:40PM on 21 September 2012. With a stopover midway in Bangkok where we had to stay inside the plane while the clean-up crew did their business, we arrived at our hotel in Delhi, The Claridges Surajkund, about ten hours later, which to us was 5AM the next day.

We had to have breakfast, check out and board the coach by 9AM, Delhi time. Since Manila time is actually 2.5 hours ahead, it wasn't so bad because we still managed five hours of sleep. That didn't give me enough time to take decent pictures of our hotel, though. Suffice it to say that The Claridges had the nicest beds, bathrooms and toiletries of the five hotels that we stayed in. You'd think that it's not worth paying for five-star accommodations for such a short stay, but I really appreciated it after being contorted inside a plane for so long.

I was quite apprehensive when I saw our itinerary because all our meals would be at hotel coffee shop buffets, but our first breakfast was not bad at all. Half of the spread was Western or continental food, while the other section featured local eats. All of our meals turned out to be like that. Of course, I avoided the non-Indian dishes as much as possible. 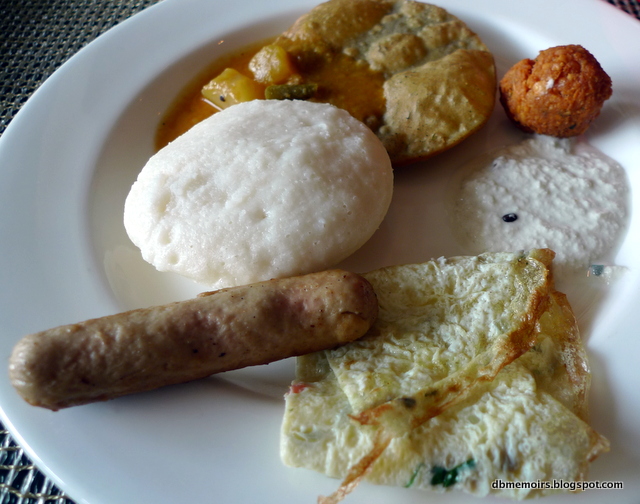 A hearty and somewhat spicy breakfast put a smile on my face and prepared me for the five-hour drive to the city of Agra. All we saw of Delhi was the airport and our hotel, but it was fine because our flight back home would be from Delhi anyway and a city tour was included in our package.

Our tour guide said that we came to India at the right time because they had just completed the Yamuna Expressway which significantly cut travel time. 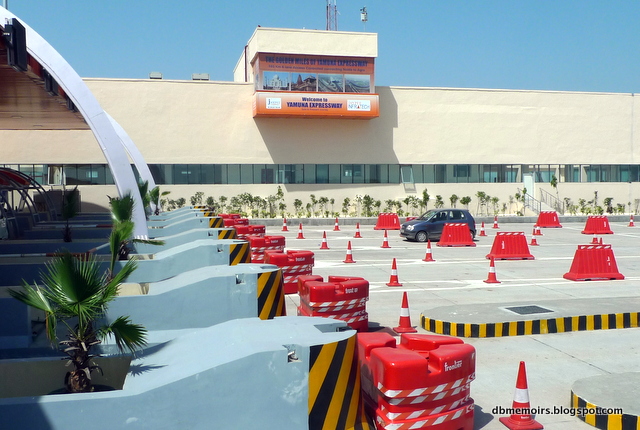 By the time we arrived at Radisson Hotel Agra, it was time for a late lunch. When I saw the food, I admit I went a little wild. Granted it's hotel food and toned down for tourists, but it was still superior to any Indian food I've ever had before. 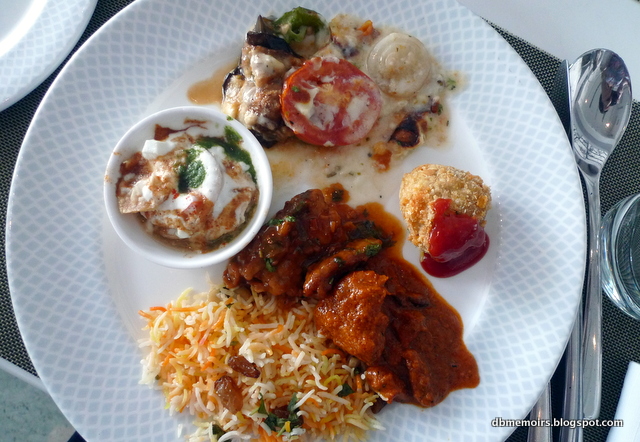 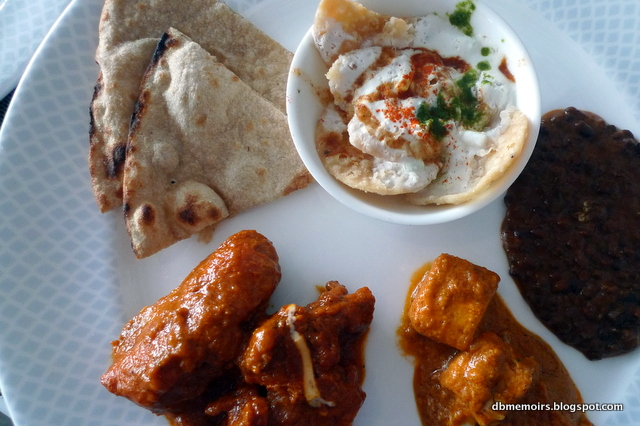 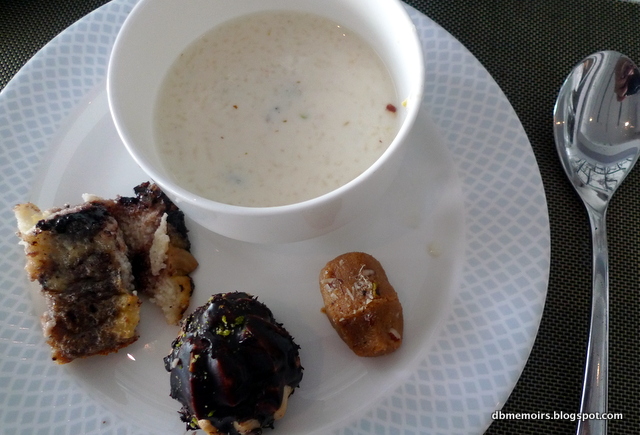 The best and worst thing about eating in India? Fresh naan and roti at every meal! And if you get tired of those-- which I never did-- there's basmati rice. I must have gained two kilos in five days. Carbs: the bane of modern man's existence. 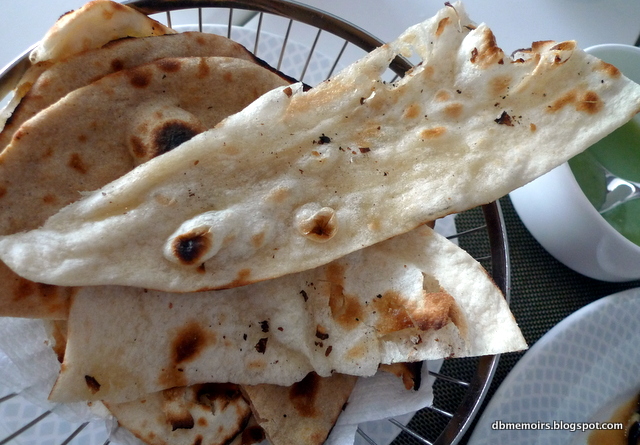 Actually, there was only one thing on our agenda for that day: the UNESCO World Heritage Site, Agra Fort. It was mid-afternoon when we got there. 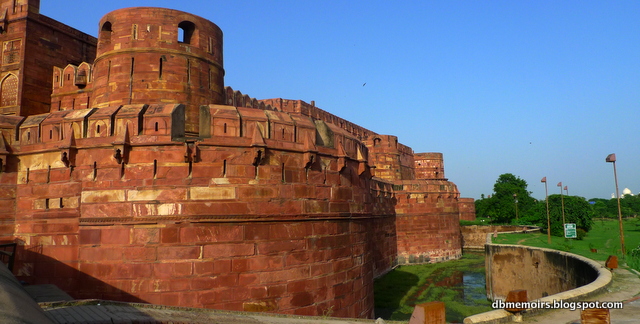 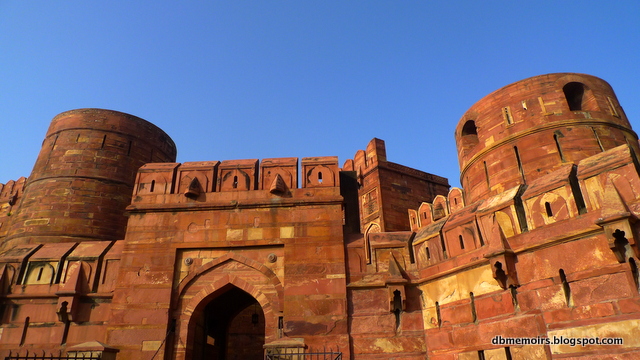 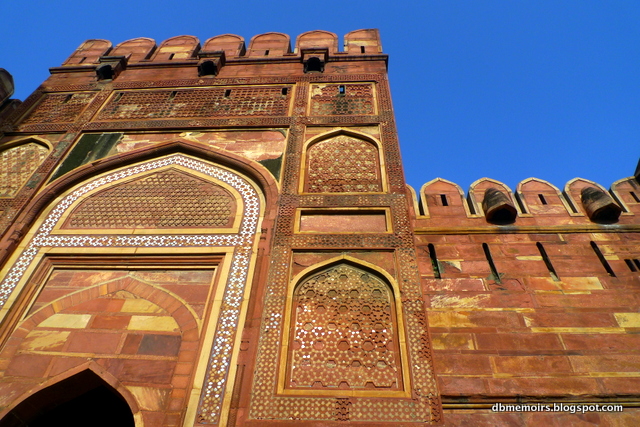 By the time we went inside, the sun was starting to go down but my photos didn't turn out too bad. 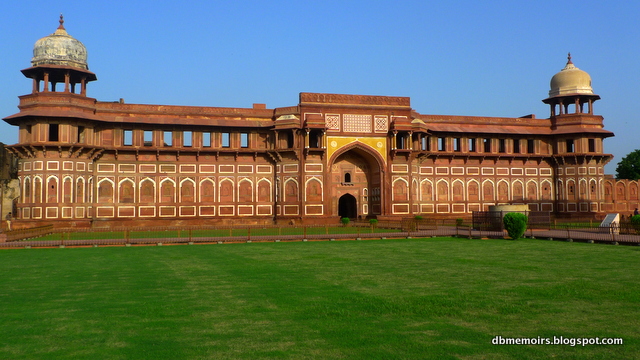 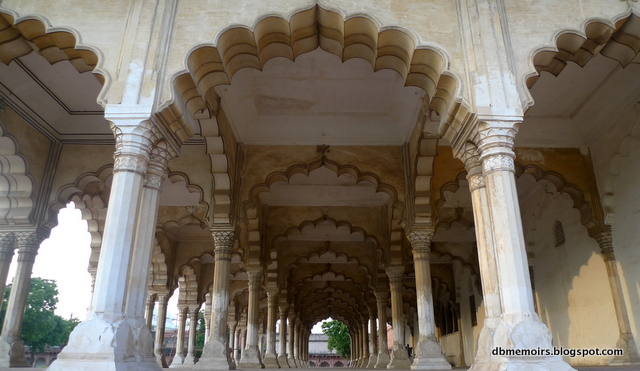 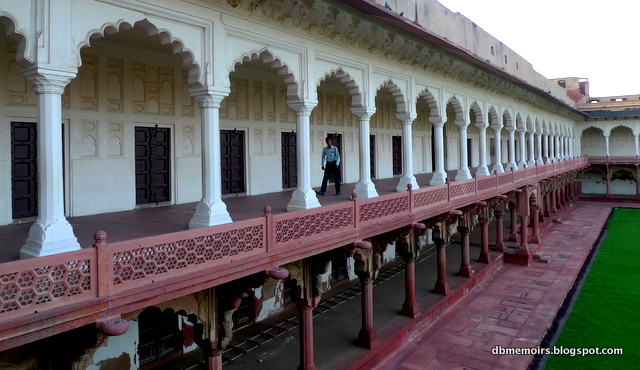 Agra Fort is very beautiful and different from any other place I've visited during my travels, but frankly, all of us in the group were most excited about the view of Taj Mahal from there. 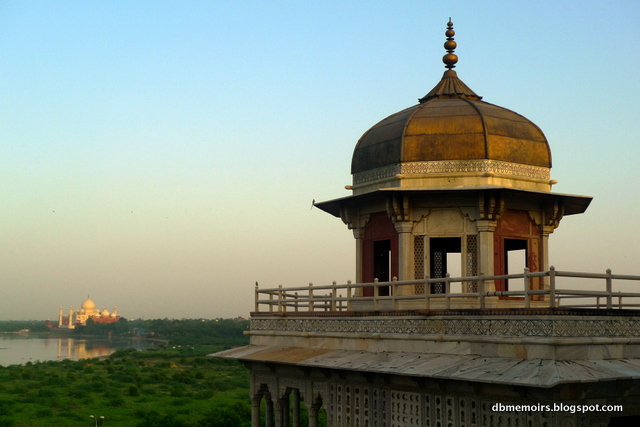 We ended the day back at the Radisson for dinner-- a buffet again, of course. With naan and roti again. And then it was off to bed early because we had to go to Taj Mahal before breakfast the next day, to beat the crowds.

Agra Fort: The great Mughal emperor Akbar commissioned the construction of the Agra Fort in 1565, although additions were made until the time of his grandson Shahjahan. The forbidding exteriors of this fort hide an inner paradise. There are a number of exquisite buildings like Moti Masjid-- a white marble mosque akin to a perfect pearl-- Diwan-Am, Diwan-E-Khaas, Musamman Burj-- where Shahjahan died in 1666-- Jahangir's Palace, Khaas Mahal and Shish Mahal.