Guess what happened to Bunny Rabbit in Davao? 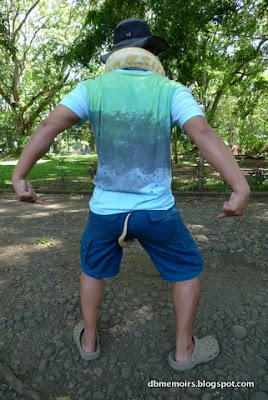 An albino python tried to make love to him. Kinky! 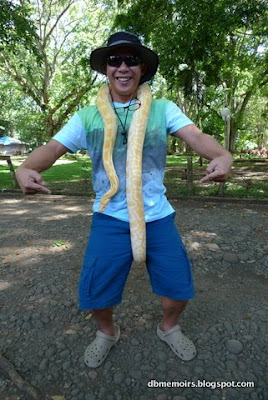 To get to the pythons, from Bagobo House Hotel on Duterte, we walked two blocks to Quirino where we caught a jeepney to Calinan. We told the conductor that we wanted to go to the Philippine Eagle Center, so he dropped us off at the bike stand where motorcycles for hire waited to take tourists to Malagos, where the Eagle Center is located. The whole trip took about an hour and cost us PHP95 one-way (about US$1 each). Coming back to our hotel was more expensive because we decided to take the AC van instead of the jeepney. It cost us an additional PHP10, for the BOTH of us. Crazy cheap.

So then we paid PHP5 each to enter the park. That's where we met the snakes. They're not officially part of the facilities, by the way. There are some vendors on the driveway who bring the snakes and ask people if they want to have their picture taken with a giant man-eating reptile. Do it. It's fun. Leave a tip. 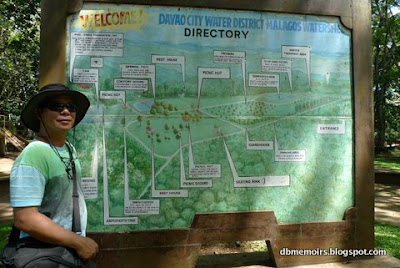 We walked around the grounds a bit, read a few signs. 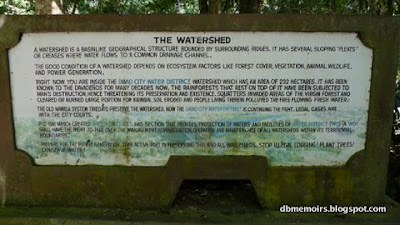 And then we entered the eagle sanctuary. Lots of green everywhere. I don't think I'd ever been anywhere so lush and primal-rainforesty. We paid PHP50 each to see the eagles. 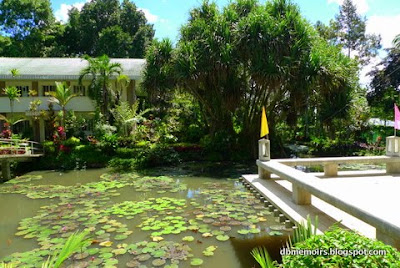 But first, we met Alex the Hawk. 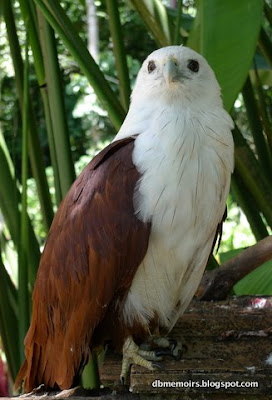 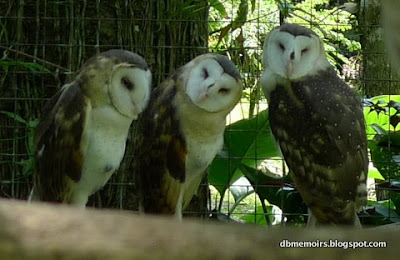 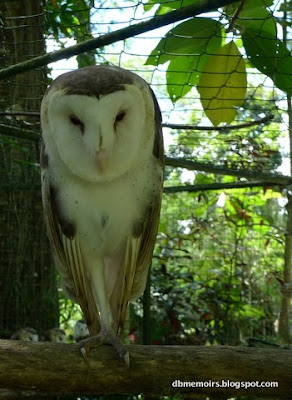 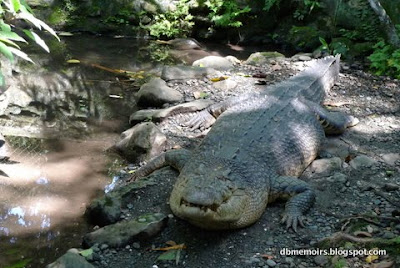 And finally, we saw some eagles. 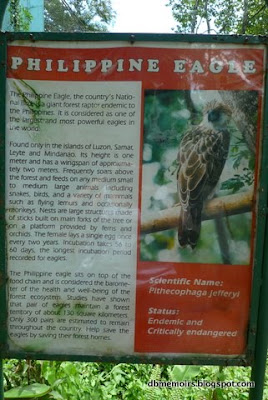 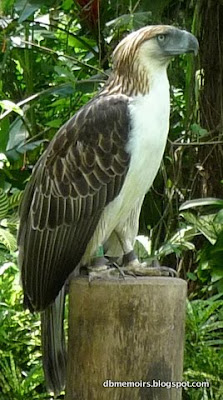 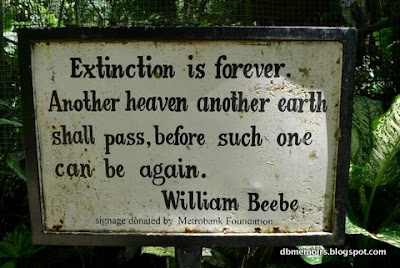 There's not a lot to do in Davao City, even though it's the largest city in the world. (Yez, the WORLD. It's 244,000 hectares in area.) So the Philippine Eagle Center is pretty much unavoidable. I really wanted to go anyway, having a strange urge to visit eagles whenever I can, just to check if they're blue. I had a good time. I just wish that whoever's in charge works to improve the facility and make it more attractive and INTERactive. For example, those signs could use some freshening up. And maybe they can offer guided tours for the visitors.

Please visit the Philippine Eagle Center. Their work is very important. They need all the support they can get. 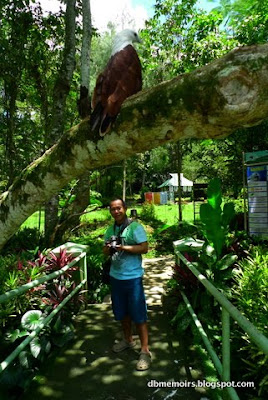