from bacolod, with love

Our friends from Bacolod-- BenG, the Mayor, Attorney Gold, the Architect and a bunch of other other people (I counted about 30!)-- came to Boracay this past weekend to celebrate the Mayor's victory in the local elections. Congratulations!

As usual, BenG knows the key to my heart... Good eats, of course. 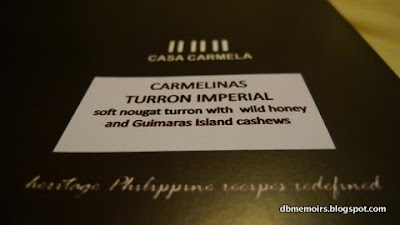 This is the first time I've heard of Casa Carmela. I really like their simple yet dramatic packaging-- Pinoy Zen. It says on the box "heritage Philippine recipes redefined", but I didn't know what it meant until I opened it up. 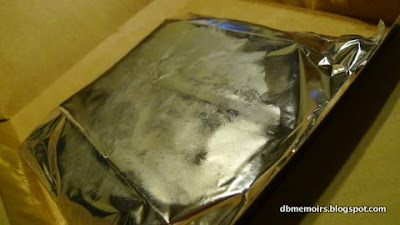 A turron is usually tube-shaped, about the same thickness as a pencil. The outside is a crispy white edible wrapper-- what we called "the paper that we can eat" when we were kids. The filling inside is commonly peanuts. We used to pretend to smoke the turrones because they were shaped like cigarettes. 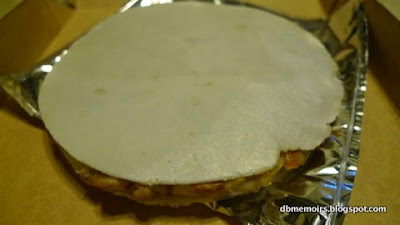 Redefined, indeed. I am impressed. It's a turron unlike any I've ever seen, but the taste is undeniably turron, made with premium locally-sourced ingredients. The entire product is so INTELLIGENT without being pretentious. And tastes good, too. 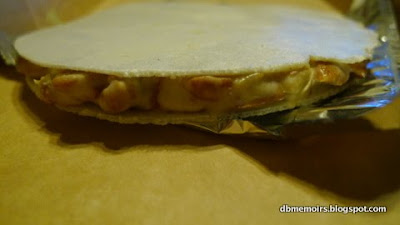 The only problem is we had to finish it quickly so that it wouldn't get soggy... OK, we didn't really HAVE to finish it. We could have kept the rest in an airtight container. I couldn't stop eating it, I admit. I'm looking forward to tasting their other products.

Thanks, BenG! See you again soon.
Posted by Unknown at 1:45 PM
Email ThisBlogThis!Share to TwitterShare to FacebookShare to Pinterest
Labels: bacolod, food