Gyeonggi-jeon a.k.a. Gyeonggi Palace a.k.a. Gyeonggi Shrine a.k.a. Historic Site Number 339 is the centerpiece of Hanok Village in Jeonju City. We found a couple of cute guys at the entrance. 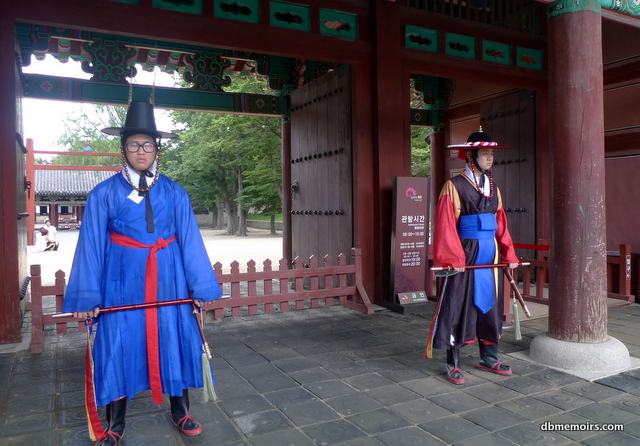 Naturally, we had to take a photo. 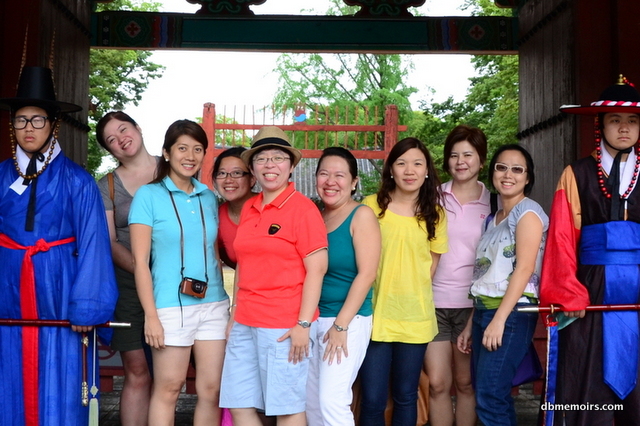 The first thing one sees upon entering is the giant red gate, very similar to a Japanese torii. 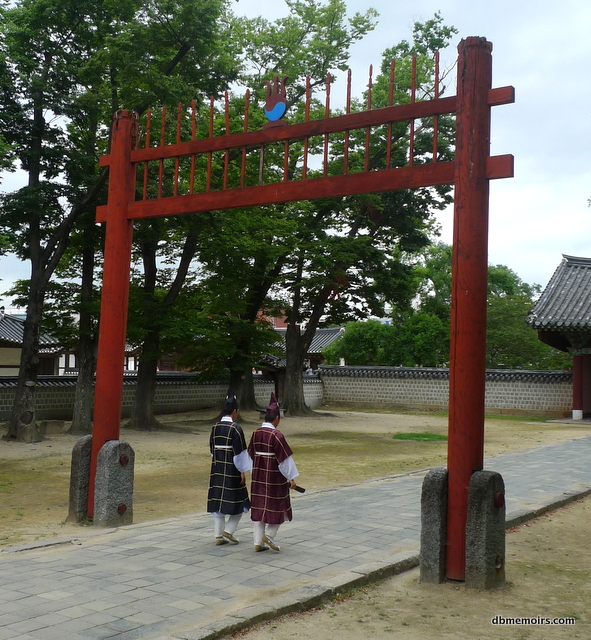 Well, it was just inviting us to take another group pic, wasn't it? 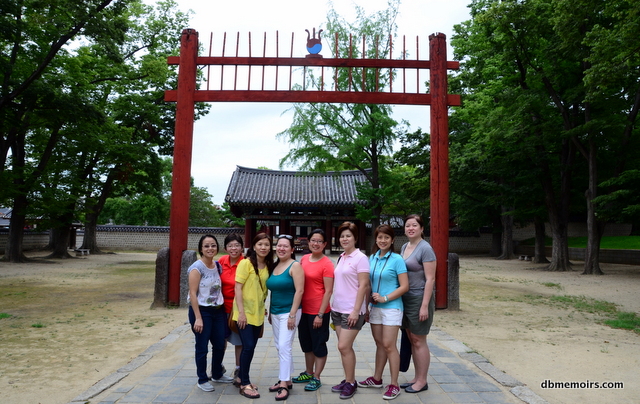 I read somewhere that Korean palaces can't compare to Beijing's Forbidden City in terms of scale and beauty, but Gyeonggi-jeon has its charms. I especially liked the green and red color scheme. 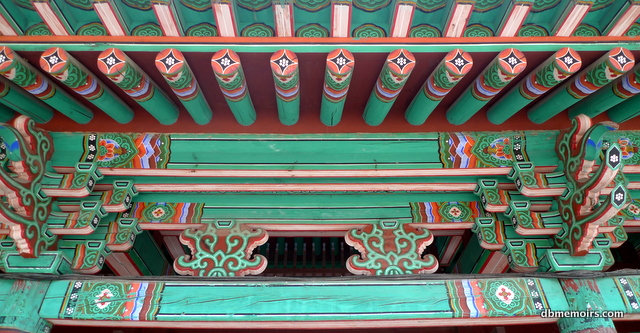 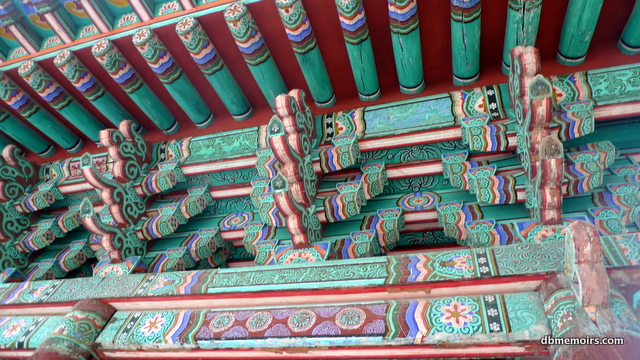 But more than the architecture and the décor, it was the atmosphere of the place that struck me. 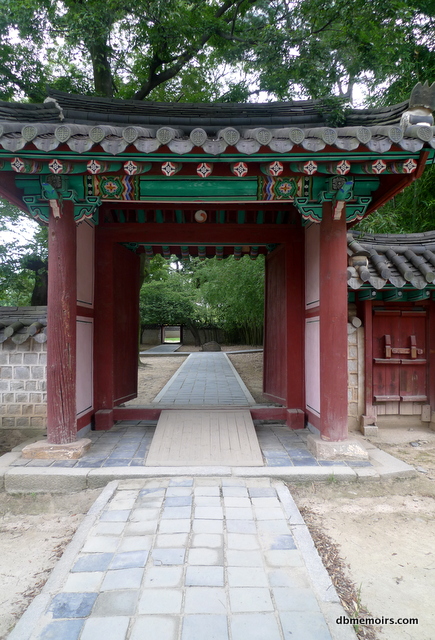 So green and peaceful. And since it was low season, hardly any people. 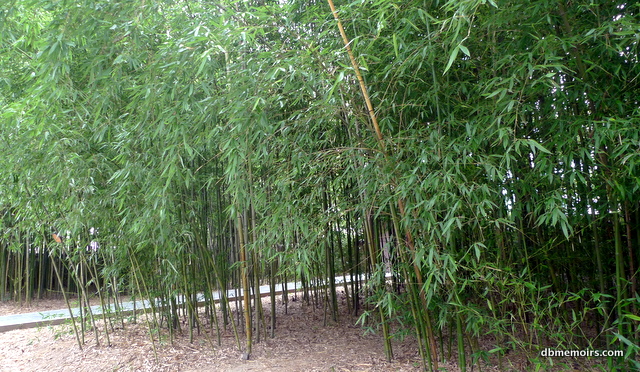 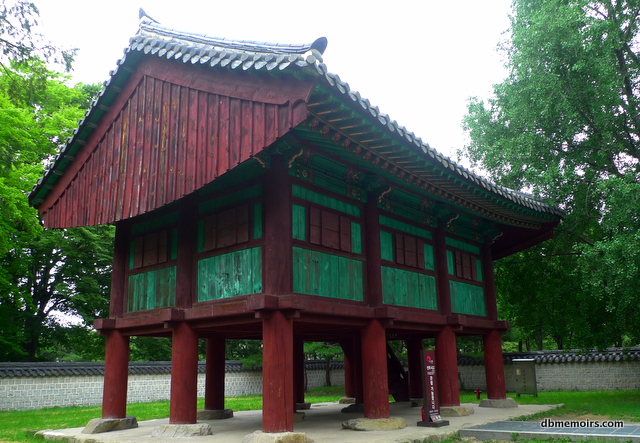 which are written in Chinese, of course. Hangul, the Korean alphabet, wasn't created until 1443. 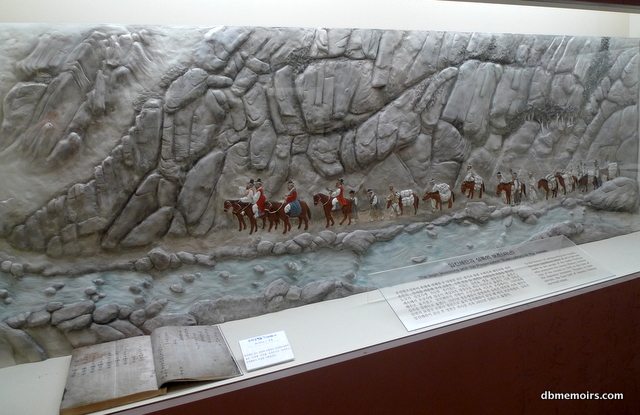 And then we went to visit the "throne room" which didn't really have a throne since Gyeonggi-jeon isn't really a palace. It's actually a monument where the portraits and mortuary stones of King Taejo Yi Seong-gye and his wife were enshrined in 1410. It's a sacred site and out of respect, I didn't take any photos except for the door, ceiling and wall... Besides, there were CCTV cameras everywhere. 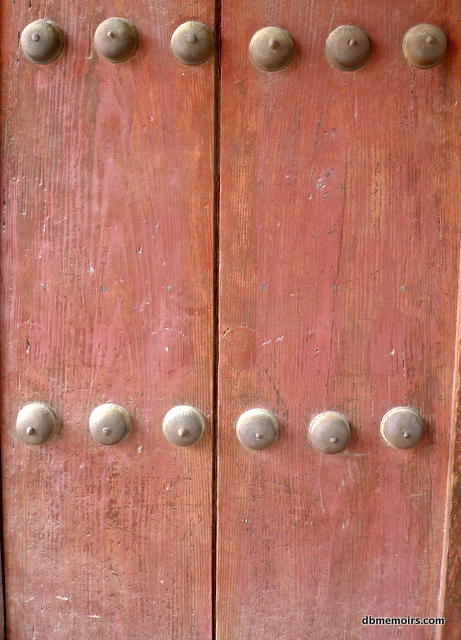 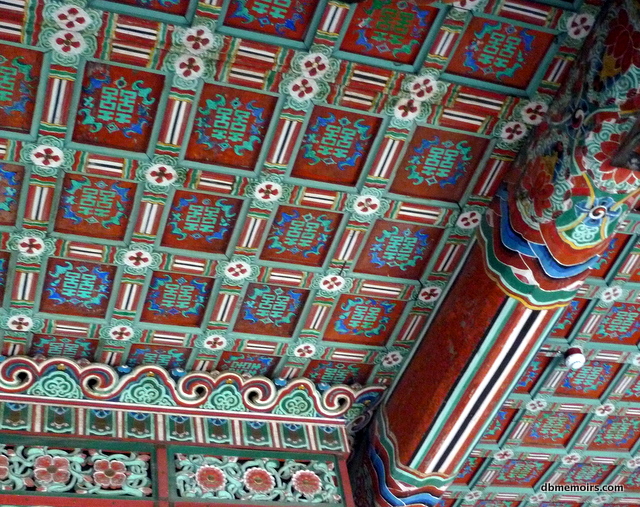 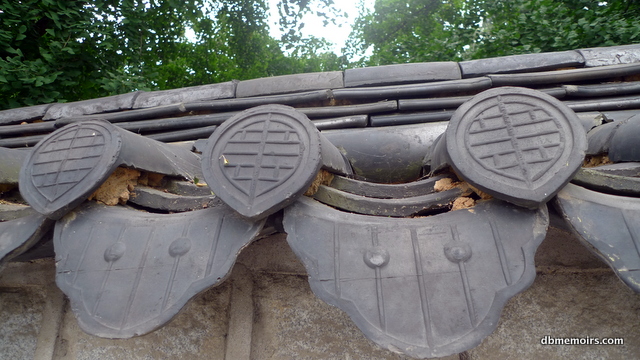 Within the same compound, there's a reproduction of a traditional village. It's an outdoor museum, sort of. 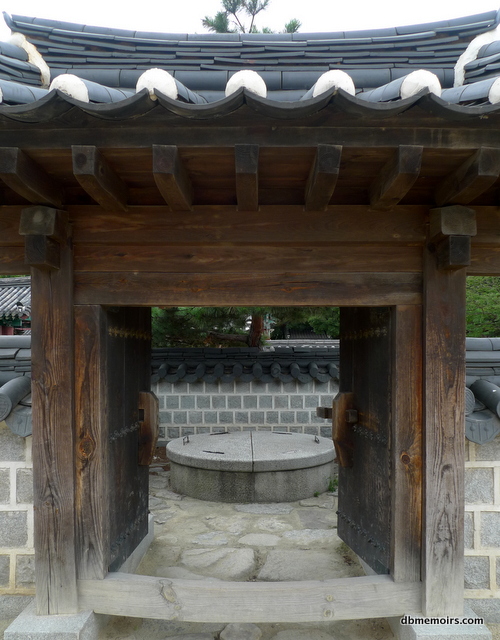 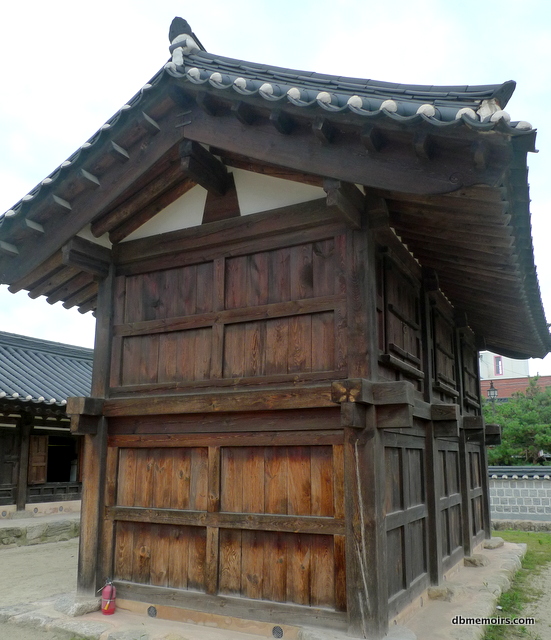 I must say that Gyeonggi-jeon is quite scenic and photogenic, and it was a relaxing hour for all of us before we had to leave Jeonju and head back to hectic Seoul. 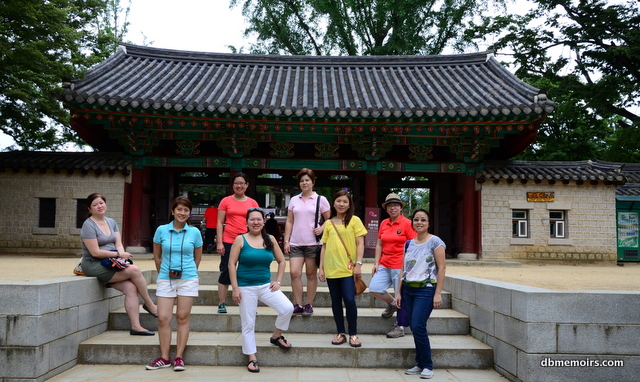 Read more about Gyeonggi-jeon here. The admission fee is only 1,000 won. I recommended joining a guided tour if it's available. The Gyeonggi-jeon Information Center, right next to the ticket booth, is the best place to get an English map of Jeonju City and to make inquiries. There still isn't enough information on the internet, but I like that. It means that one can just go to Jeonju and simply... get lost.
Posted by Unknown at 4:28 PM
Email ThisBlogThis!Share to TwitterShare to FacebookShare to Pinterest
Labels: jeonju, korea, south korea, travel