Readers of this blog-- I believe that there are two or three now-- know that my favorite thing in any new place I visit is the market. And the more unusual the merchandise, the more inscrutable the vendors, in short the more local the market, the more I like it.

Because our time in Jeonju was so short, I chose to go to Nambu Market. It's the oldest traditional market in the city and the closest to Hanok Village where our guesthouse was located. It was already late in the afternoon when we got there, and most of the stalls were closed or winding down for the day. Still, I was able to catch a little whiff of local flavor. 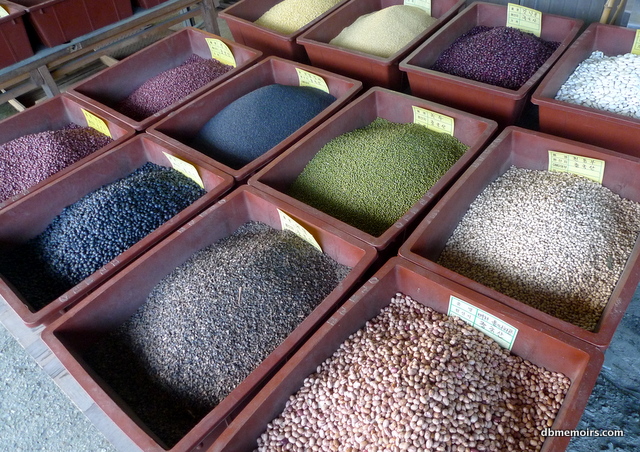 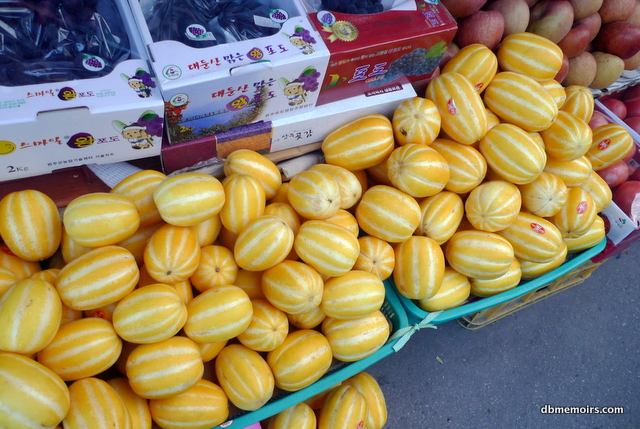 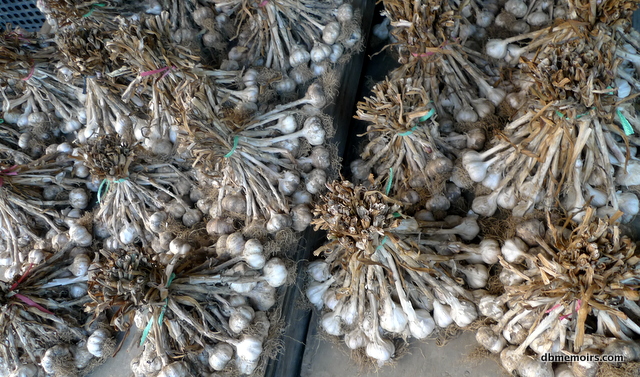 I had no idea what most of the stuff was. And nobody spoke English. 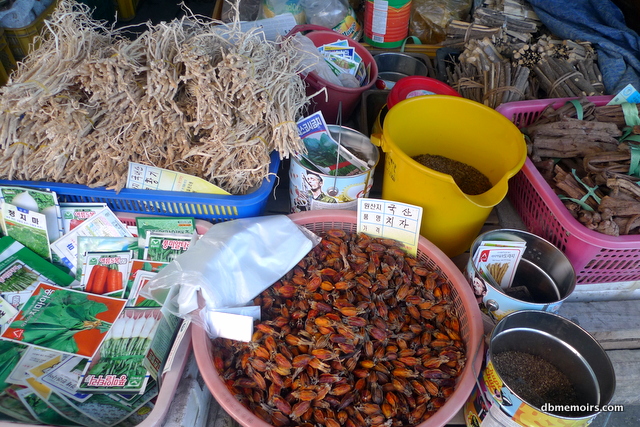 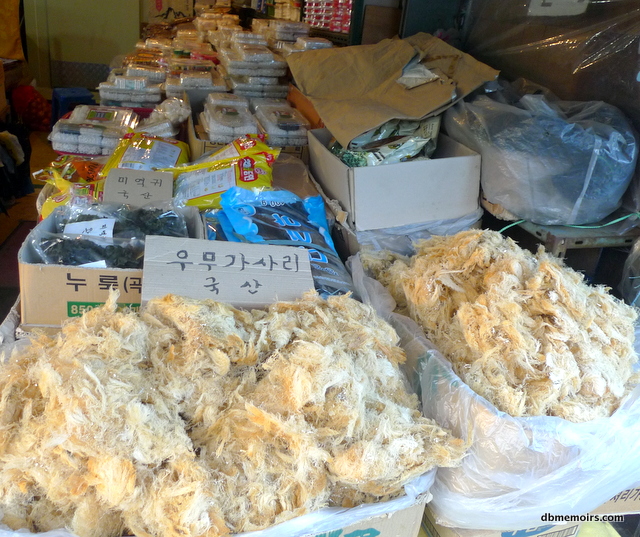 One of the stalls sold some amazing seafood. I was looking for the controversial sannakji (live octopus) to try, but the cephalopods that they had were dead as a doornail. They looked beautifully fresh, though. 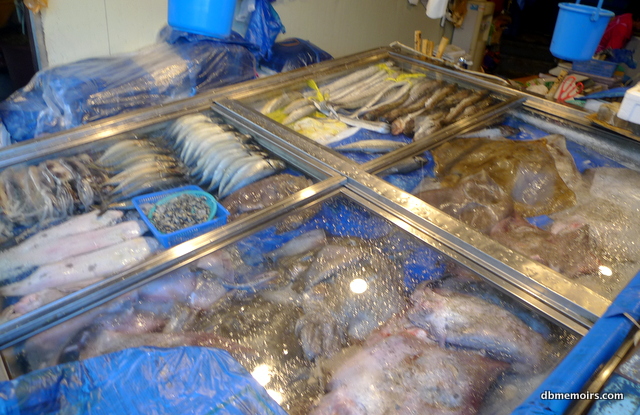 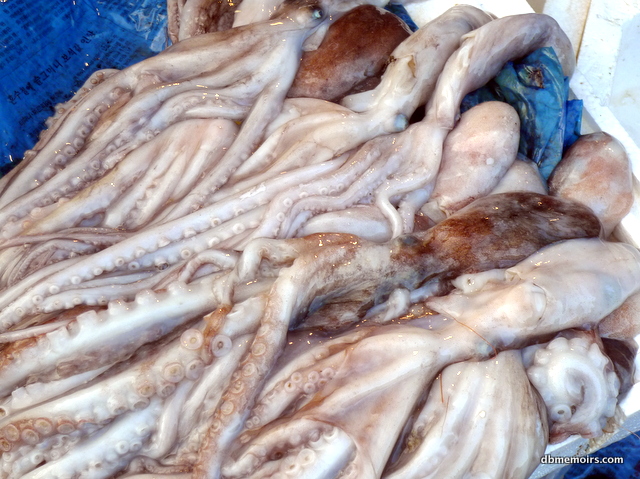 We went deeper into the market to look for something to eat. Besides vegetables, fruits and seafood, we saw a few clothing shops at Nambu Market... but no shoppers. I really would have liked to go on a weekend, when presumably there would be more activity. Ah, well. 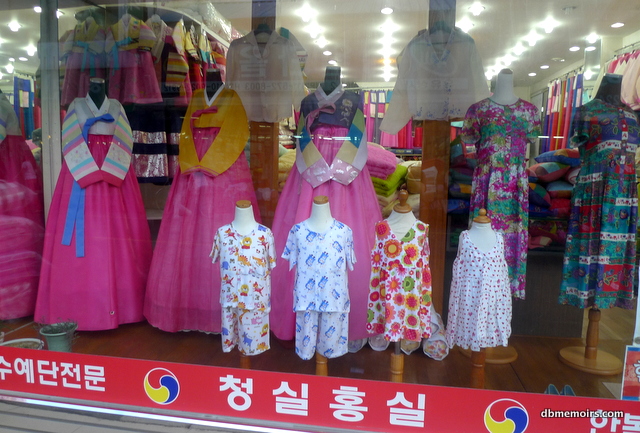 After walking around a bit, we noticed that one of the restaurants was full to bursting. People were literally jumping into the seats as soon as they were vacated. We were lucky that they were able to accommodate our group of eight right away.


We did not have a clue what this restaurant was about. It was never mentioned in any of my research material, and they obviously didn't cater to foreign tourists because everything was written in hangul. No English, not even Chinese which we could have read and deciphered. The sole reason we entered was because so many people were eating there.

I wanted to hug my companions, I was so happy.

The cashier spoke rudimentary English. The first item on the one-page menu was "internal organ soup". When we pointed to the second item, she said, "Special internal organ soup." And then she just kind of shut down because she ran out of words. Everything seemed to be made of or included internal organs. 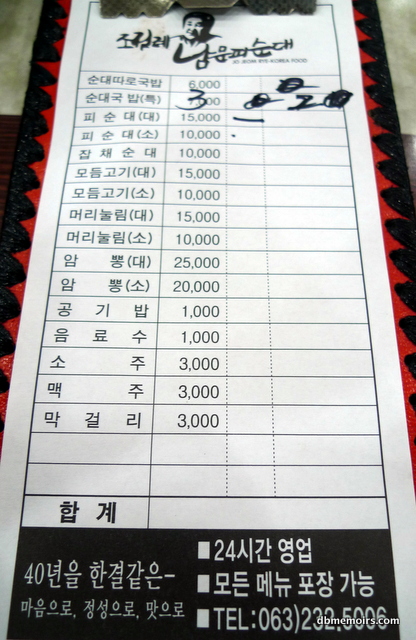 The usual cabbage and radish kimchi. The largest, greenest and freshest shiso leaves I had ever seen. Chili and garlic for added spice and flavor. But the star of this internal organ show was definitely the garlic chives. 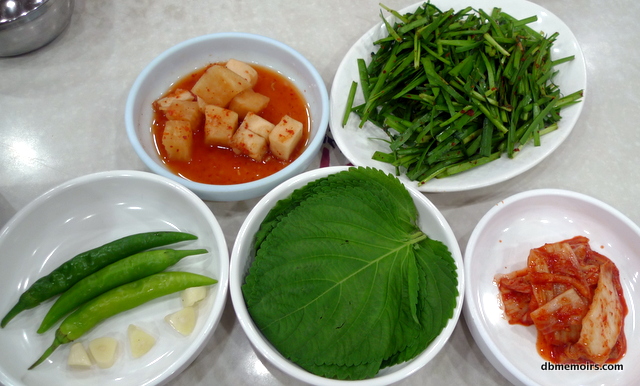 The soup came in stone bowls, so hot that it was practically spitting at us. The server motioned to us to put the chives in the soup. Best. Advice. Ever. The chives had a mild garlicky scent, not as pungent as spring onion, which made it more of a vegetable and less of a condiment or garnish which is how I usually treat chives. I spooned the whole blessed mess-- chives, nasty bits and broth-- onto white rice. 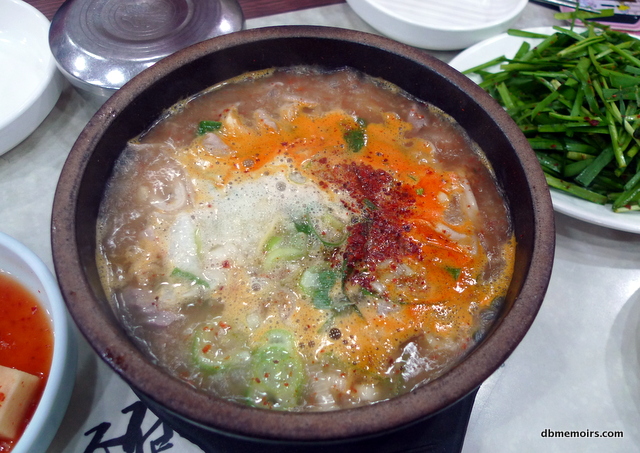 The broth was incredibly flavorful but clean-tasting. The internal organs were very tender but still had some bite. No trace of funkiness at all. It was one of the best pork soups that I've had in a long time. Reminded me of my grandfather's favorite pig organ noodle soup that he used to buy at the street corner when I was a kid. This Korean version didn't taste the same at all—the soup of my childhood was gamey and liberally seasoned with MSG-- but I experienced a strangely comforting connect-the-dots moment there.

I saw what looked like blood sausage being consumed with gusto at the tables around us, so of course we had to get some. Black pudding, morcilla, blutwurst, boudin noir-- I love them all. I've had Korean blood sausage, the vermicelli-stuffed sundae bokkeum, before. But this was different. It was filled with rice and barely-coagulated blood that made it so soft and moist to the point of almost falling apart. The texture can be slightly disturbing if one is expecting a hard meaty sausage, but wrapped in a shiso leaf and eaten with some spicy and crisp kimchi, it was delicious. 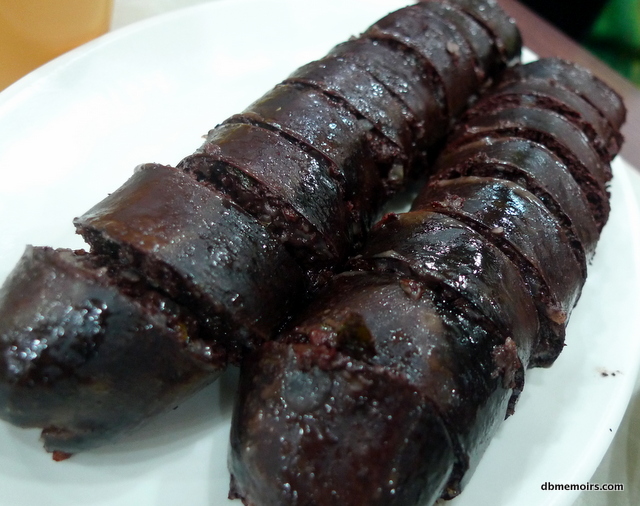 On our way out, we saw a huge cauldron—could fit a small child in it—filled to the brim with a milky broth. It looked like it had been boiling away for ages. This was probably where the magic started. 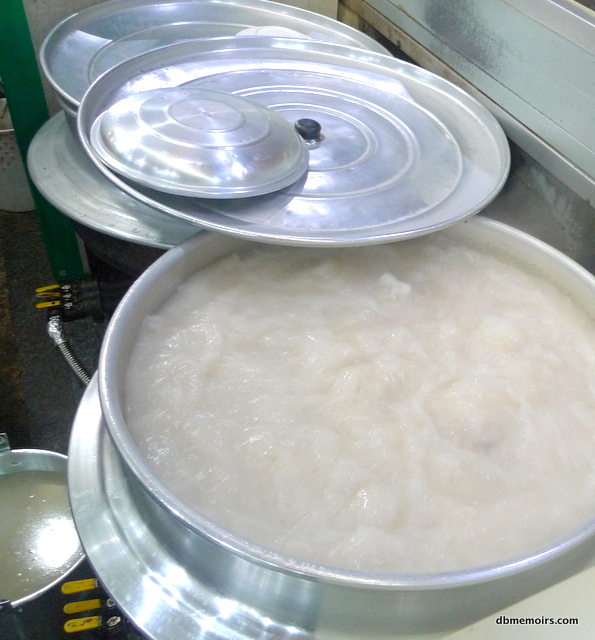 Bowls of internal organ soup on a cast-iron burner, waiting to be served to a highly appreciative clientele.


As far I can tell, the name of this restaurant is Jo Jeom Rye Korea Food. We assumed that the sign in front was a list of awards that it had won. Well-deserved, I'm sure. 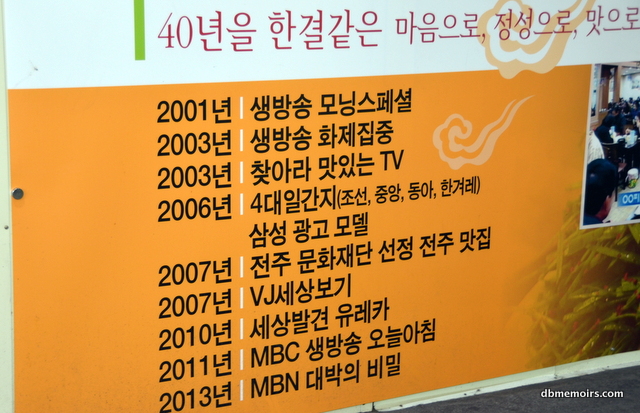 The Kimchi Clique. Conquering South Korea one restaurant at a time.


Epilogue: Actually, two people in our group can't or won't eat nasty bits, so after this dinner we had a second dinner at Sinpo Woori Mandoo, a dumpling fast food joint that we espied on the walk back to our guesthouse. Not bad, but nothing indubitably compares to internal organ soup. Special or otherwise.


Posted by Unknown at 11:54 AM
Email ThisBlogThis!Share to TwitterShare to FacebookShare to Pinterest
Labels: food, jeonju, korea, south korea, travel