My official reason for wanting to go to the Old Chiang Mai Cultural Center on 26 April 2012 was to try the khantoke dinner set. 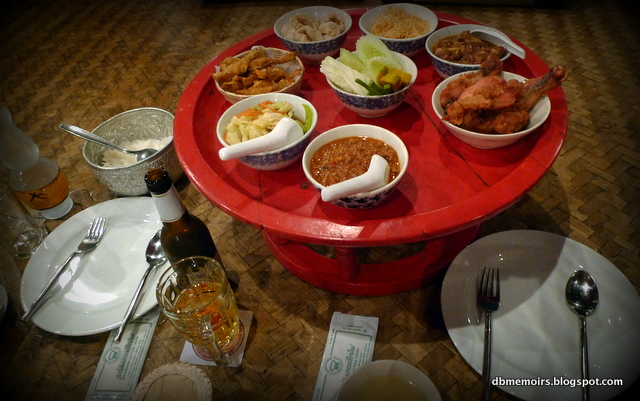 But I was really looking forward to seeing the dancers. 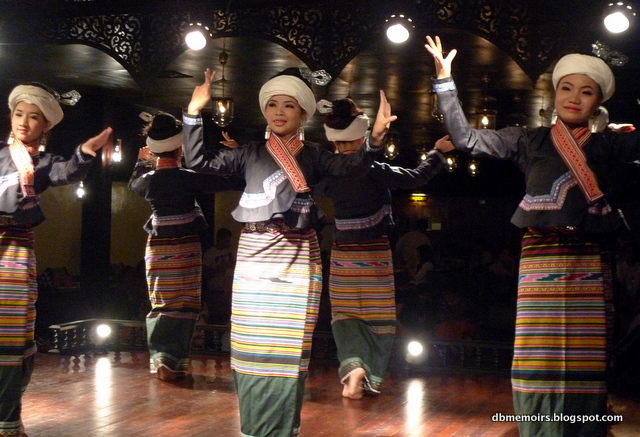 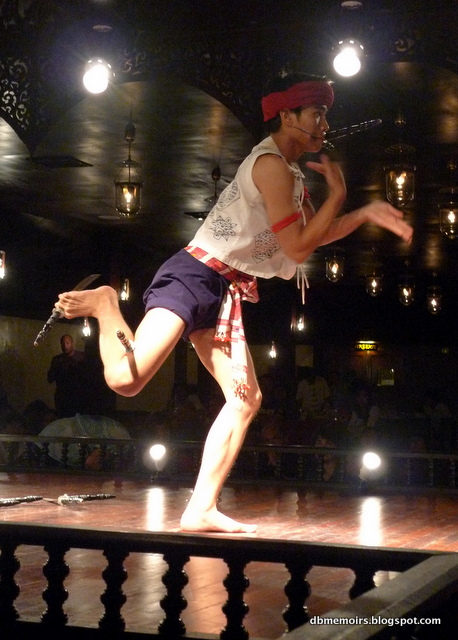 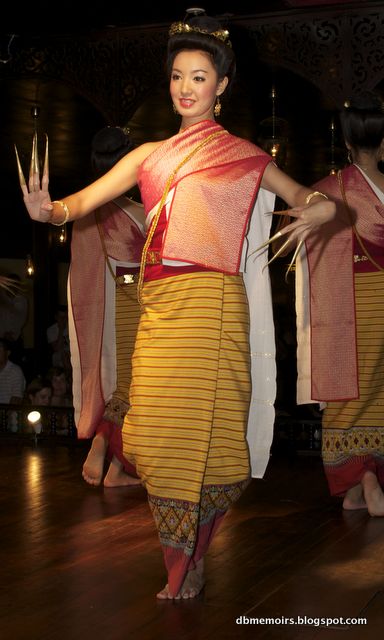 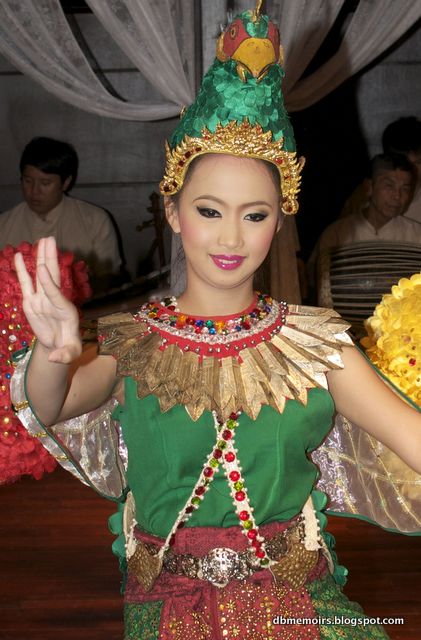 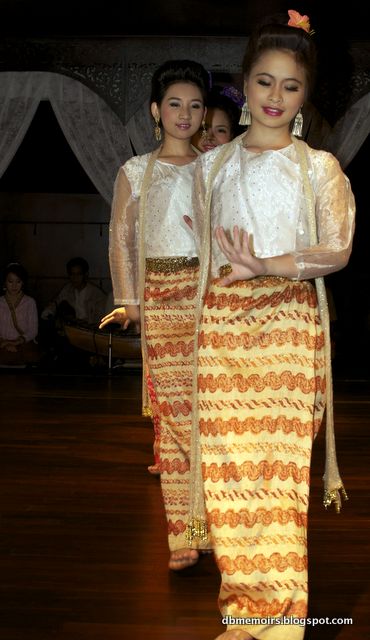 What can I say? I'm such a sucker for touristy cultural shows. 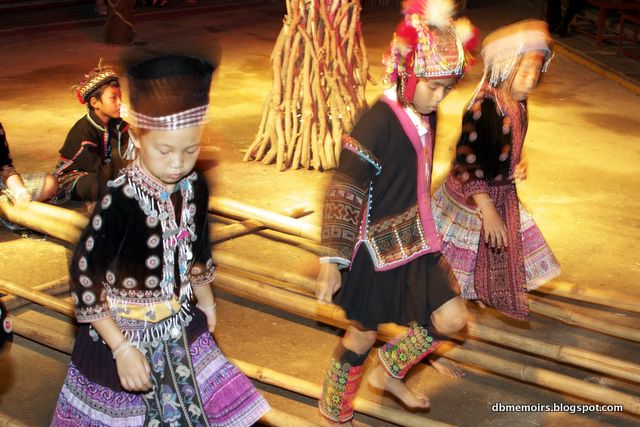 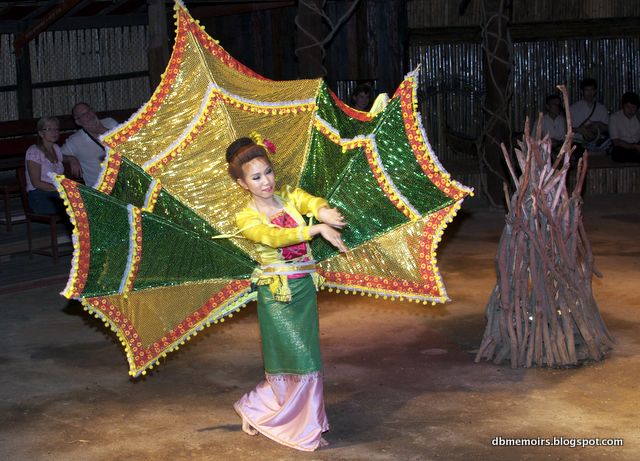 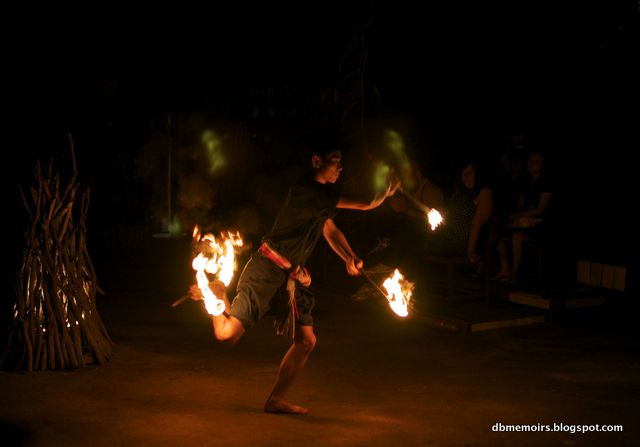 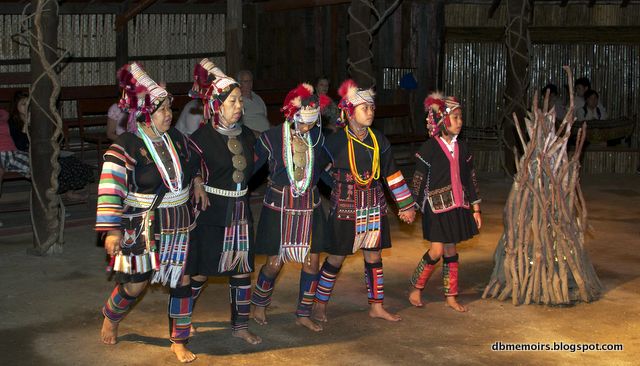 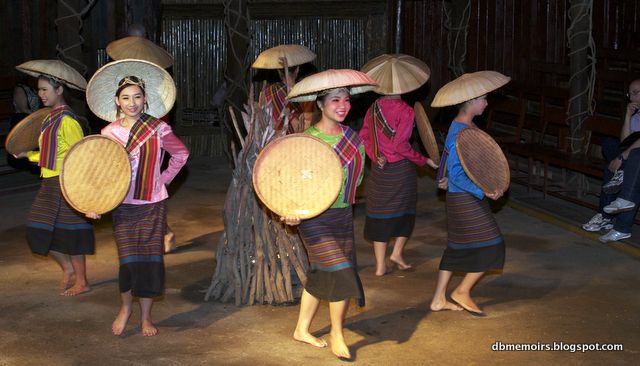 Maybe it's because I used to be a cultural dancer in my past life. 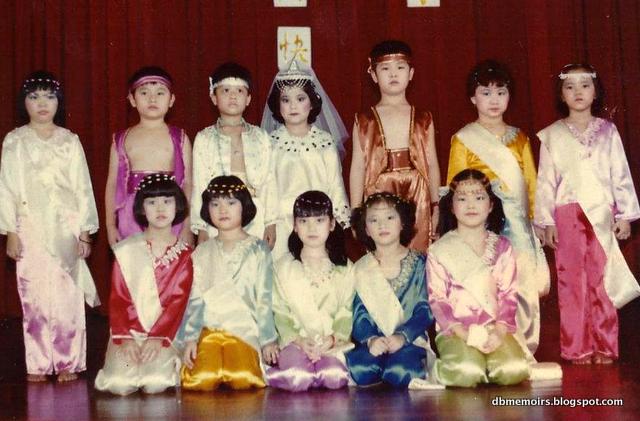 A khantoke is a tiered tray used to serve food during special occasions like weddings and funerals. It looks like a very low table and people sit on the floor around it to eat. In northern Thailand, it is usually made of teak, while the people of Laos and southern China prefer a bamboo version.

I was told that Lanna cuisine, the food of northern Thailand, is very distinctive and quite different from the fiery dishes that I got used to in Bangkok. I figured that the Old Chiang Mai Cultural Center was as good a place as any to try some. (Plus there was a cultural dance show!) 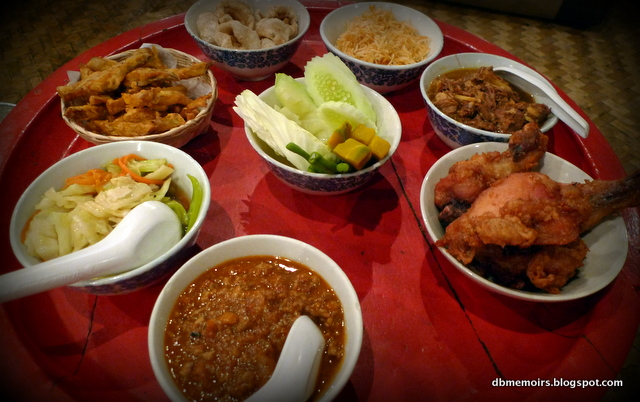 My three favorite things on that tray:

1. I ate three pieces of the fried chicken. The "naked" chicken, without any breading or sauce, was the best I'd had in years. It reminded me of 1970s-style home cooking-- nostalgically good.

2. Their pork crackling was very nice. Not greasy, not rancid. I had two bowls of that. I regret not buying some Chiang Mai fried pork rinds. The ones I tried in Bangkok were not as tasty.

3. I couldn't stop munching on the crispy rice noodles. They were a bit sweet and went well with beer.

Everything else was not bad, but not very exciting. In fact, the somewhat bland flavors were very similar to Philippine cuisine and I remember thinking, "I didn't come all this way to eat Pinoy food."

I think that Lanna cuisine suffers from constant comparison to the aggressive flavors of southern Thailand, but it does have its charms. It's like grandma's cooking: homey and comforting.

Perhaps I didn't appreciate this meal to the fullest by not giving it a fighting chance. Two hours earlier, I had some spicy green curry with chicken at Morradoke Thai Heritage Restaurant... Well, I was hungry! 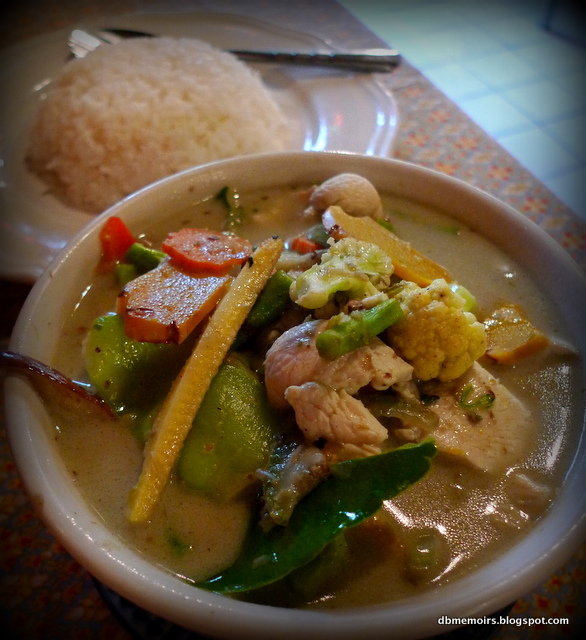 Check out the Old Chiang Mai Cultural Center's website here. I paid 685 baht (about US$22) for the show and dinner, including pick-up from my guesthouse. The show is two parts: first the traditional Lanna dances indoors in the air-conditioned hall while having dinner, and then later outdoors for the hill tribe dances. In between you can shop for souvenirs like traditional woven items (clothes and scarves) as well as carved wooden toys.

The chirping frogs were kinda cute, but I already have a chorus of very noisy frogs living in my backyard. 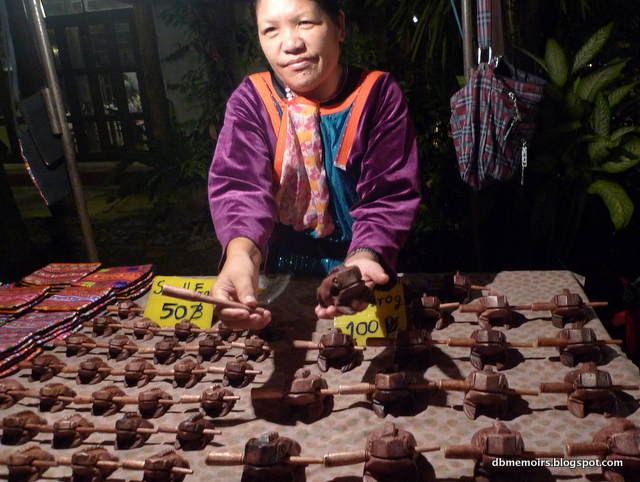