From the moment I sat down for lunch at the tres chic bar of L'Atelier de Joel Robuchon in Hong Kong's The Landmark on 18 August 2011...


When they poured me a glass of Perrier and gave me my very own selection of warm bread in the most covetable bowl basket...


Accompanied by a dish of the most ethereal butter...


After they served me the cutest amuse bouche...


And the most sophisticated fresh, crisp, bright, earthy salad...


Followed by the pièce de résistance...

Over coffee and "pudding", as Hot Tuna would say...


I couldn't help thinking, "I can't wait to come back." 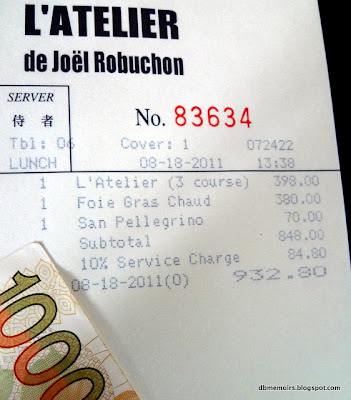 Yez, I would go back in a flash, and I wouldn't stop going until I had tasted everything on the menu, dammit.

My lunch mates will be waiting for me. 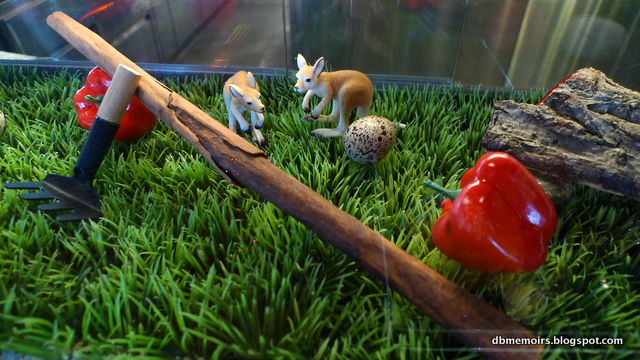 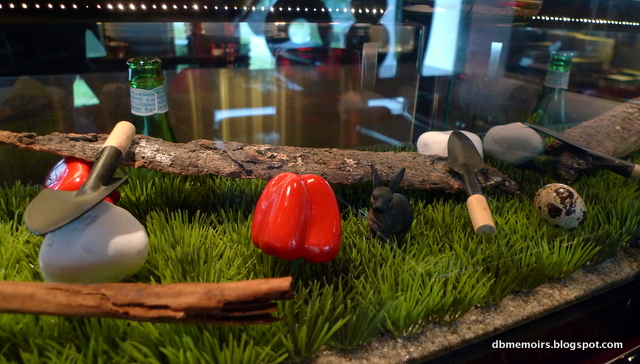 The 53rd best restaurant in the world in 2010, according to this.

L'Atelier de Joel Robuchon is located at Shop 315 & 401, The Landmark, Central, Hong Kong. Phone +852.21669000. I didn't have a reservation. I just walked in.
Posted by Unknown at 6:47 PM
Email ThisBlogThis!Share to TwitterShare to FacebookShare to Pinterest
Labels: food, hong kong, travel