The morning of 13 June 2011, I stepped out of my bedroom at Sagada Homestay Inn and was greeted with this view:

My immediate thought was: I want to go to THERE.

And so, that afternoon we went. We picked up a local guide along the way. We were told that he was our innkeeper's neighbor's doggy, not a stray, but we went ahead and named him Sparky. 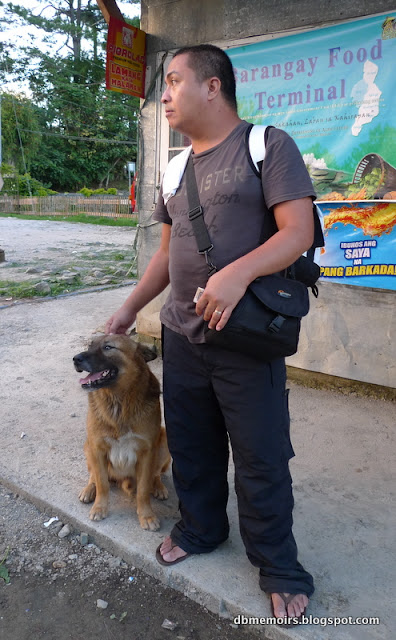 To get to THERE, we had to go through a churchyard. 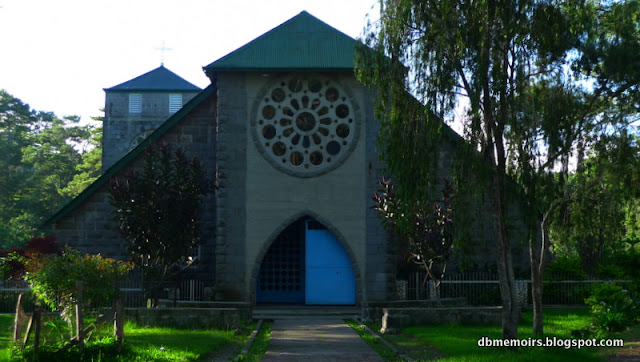 With the corresponding cemetery, of course. 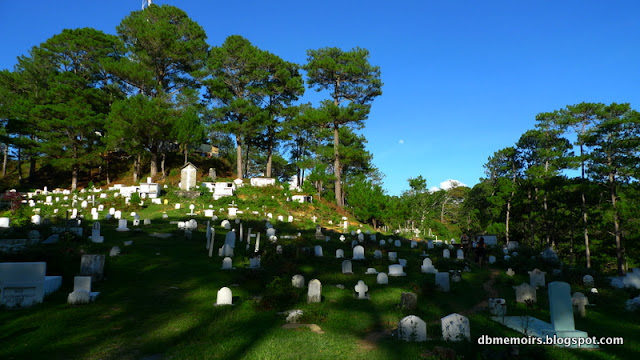 Sparky led us through a pine forest. 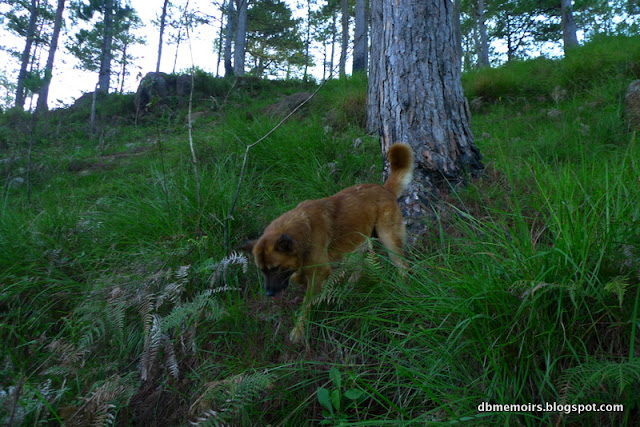 And then we were THERE: Echo Valley! 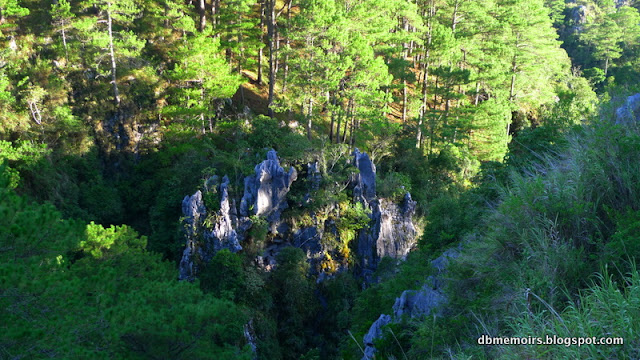 It's a scary deep ravine, I kid you not. And there were coffins. 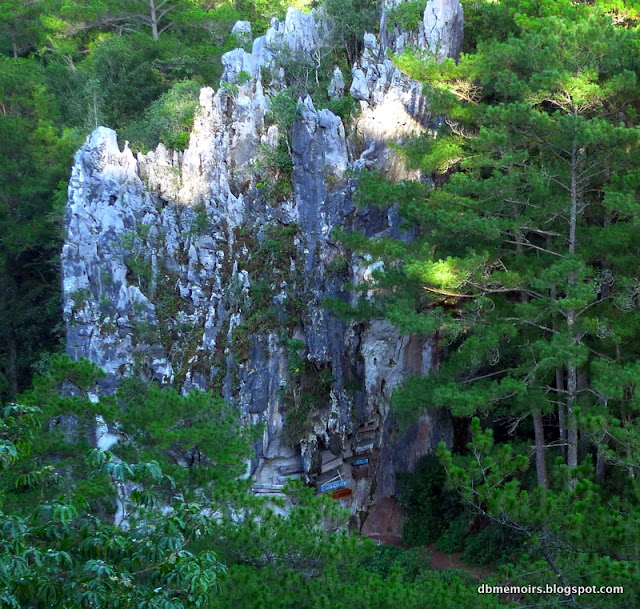 As well as other dead people. 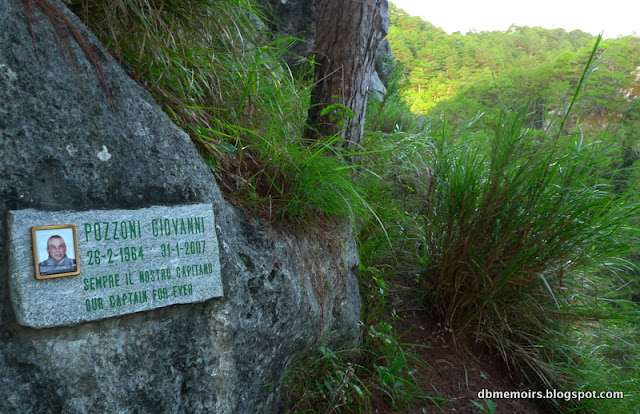 We stayed for a while, just drinking in the peace. Until a bunch of call center agents came and just. Wouldn't. Stop. Talking.

Anyway, it was getting dark, so we took one last look: 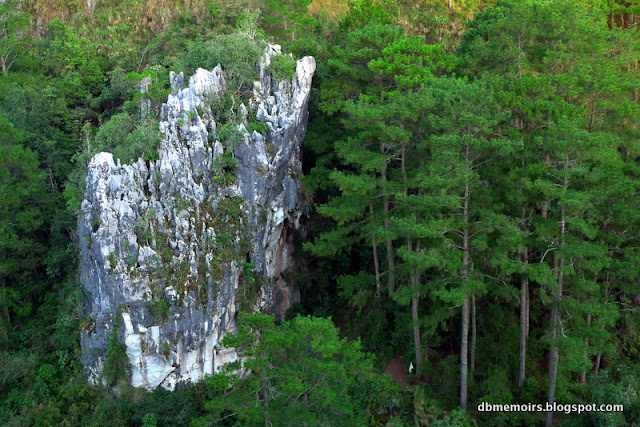 On the trek back, we saw the fog rolling in. It was a silent avalanche, eerily creeping down the mountainside, into the mouth of Echo Valley.

Kuya Jun, our driver, was picking pine cones for Wikireena to take home to Manila, when suddenly he exclaimed, "Power!" 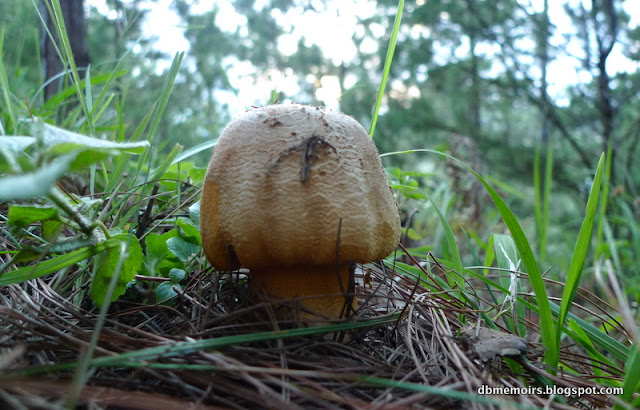 I know somebody who would've picked it up and put it in his pocket... di ba, Steve Shadow?

That was a nice little trek. Thanks, Sparky. 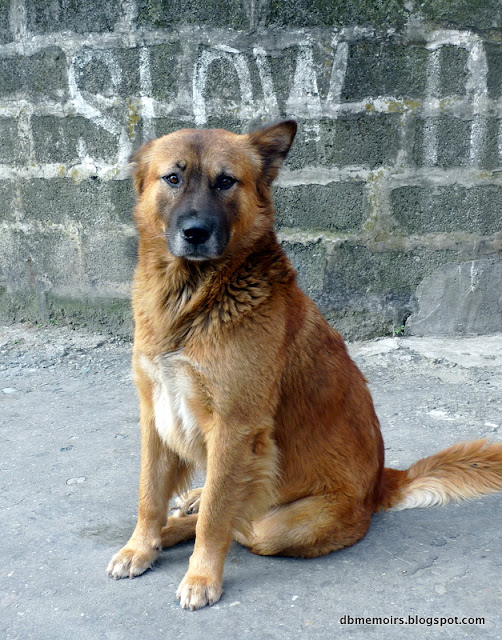