the search for the best batchoy

I wanted to find out: Is the batchoy in La Paz Market better than any other batchoy?

Usually, when in Iloilo, there are only two batchoy joints that the locals recommend-- Ted's and Deco's. I prefer Ted's because I feel that the broth at Deco's isn't piping hot when served, but I was willing to try either when we arrived at La Paz Market on 17 March 2011, just in time for lunch.

First, we took a peek at Deco's. Their sign says "Original". 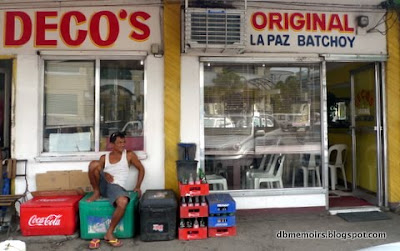 And then we looked at Ted's next door. They call themselves "Old Timer", whatever that means. 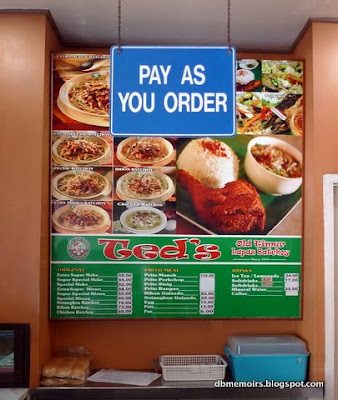 We chose Ted's that day, just to see if they do it differently in La Paz, compared to their branches in Kalibo and the other districts of Iloilo. 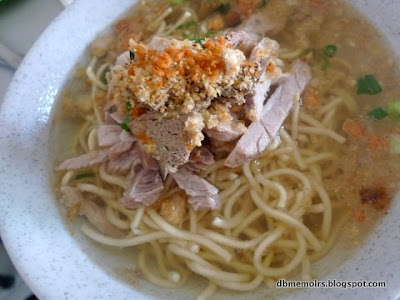 Surprise, surprise, it really tasted better in La Paz. The broth was exceptional-- light and clean, but packed with tremendous flavor. Iloilo resident The Family Guy, our good friend and life coach, noticed that they didn't use as much MSG here, and I believe him because I didn't get dry mouth or a headache afterwards.

While waiting for our batchoy to be served, I walked around the market and discovered Netong's. Aha! "Original" AND "Special", and it looked like they had been there forever. Curiouser and curiouser. 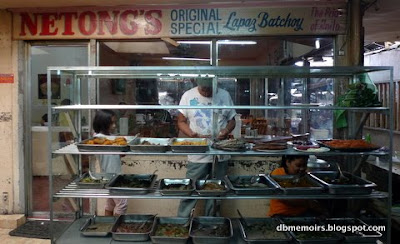 This is definitely something I want to try the next time I'm in Iloilo. Lola, I'm coming for you. 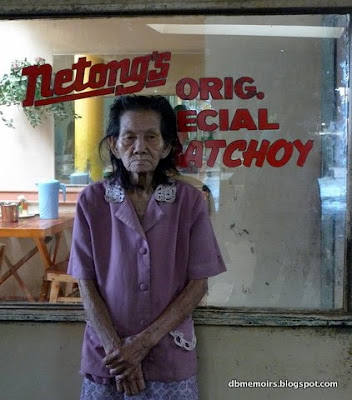