angkor of my dreams

I had been waiting for this day for as long as I could remember-- the day I met Angkor Wat in person.

It was 23 February 2011. Our flight to Siem Reap from Saigon was delayed, and we arrived mid-afternoon. After dropping off our bags at Ta Som Guesthouse, we got on a tuktuk and drove to the Angkor compound. Our first glimpse of Angkor Wat was the gigantic 190-meter wide moat.

I'm thinking of building a moat around my house now... We went through the gate of the first perimeter wall and saw this: 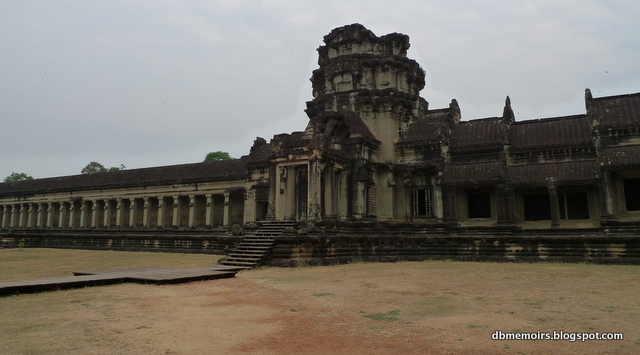 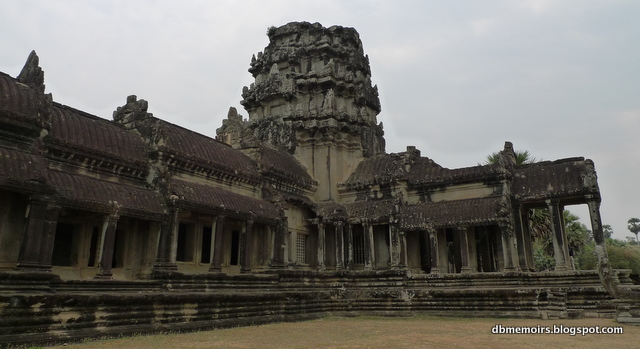 Angkor Wat was our first temple complex. At about a square kilometer in area, it's mind-blowingly huge, but there were even larger temple complexes around Siem Reap.

Inside the second perimeter wall is the actual temple with the five towers. 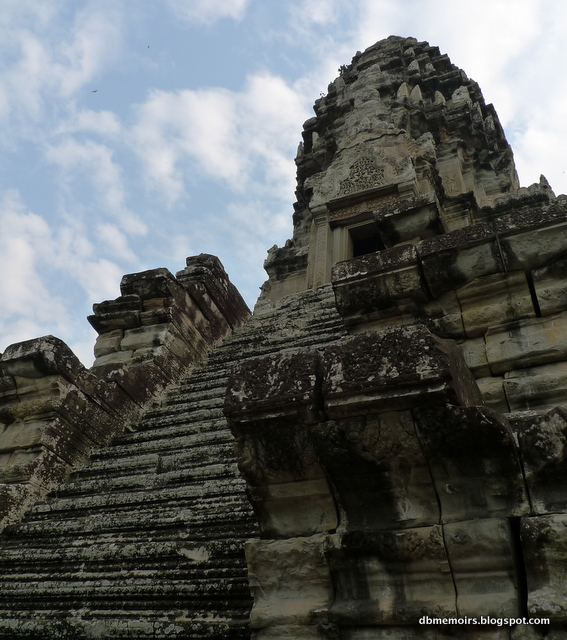 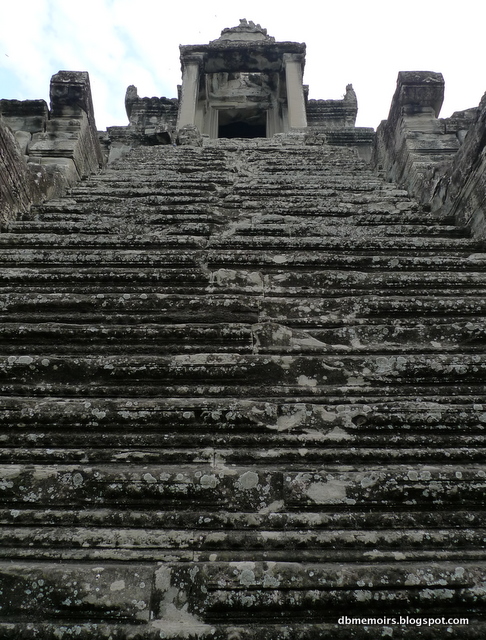 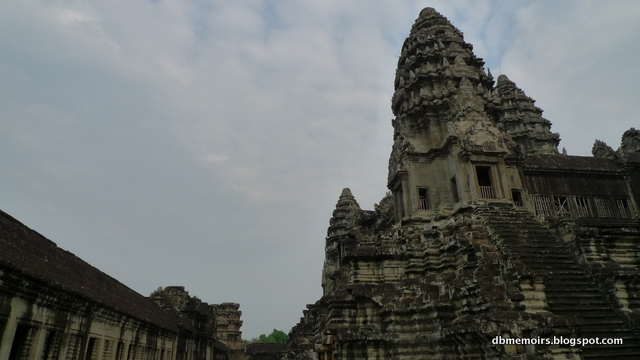 Right away, I noticed a strange mix of Buddhist and Hindu elements. We would see these details over and over again, in all of the temples. Later I learned that the Khmer people started out as Hindus, until one of their rulers decided that they should all become Buddhists. That's why some of the images and bas relief sculptures seemed to be suffering from split personality. 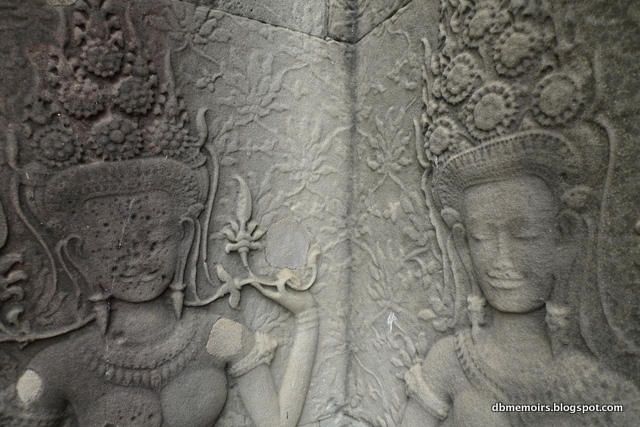 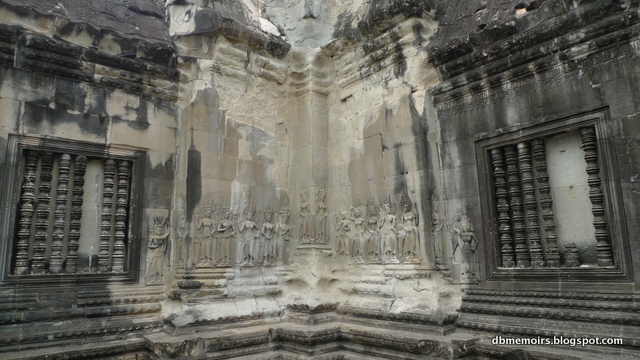 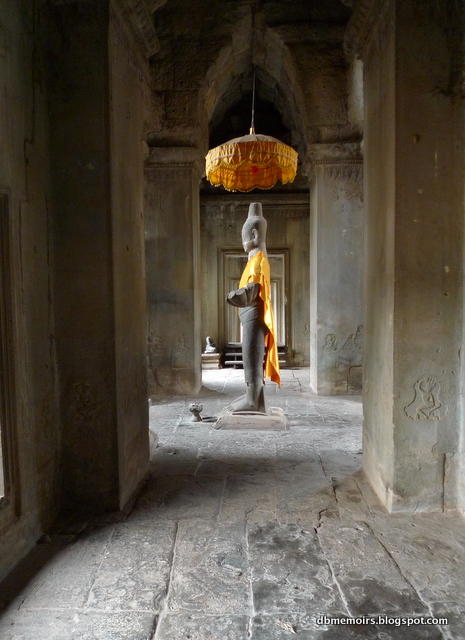 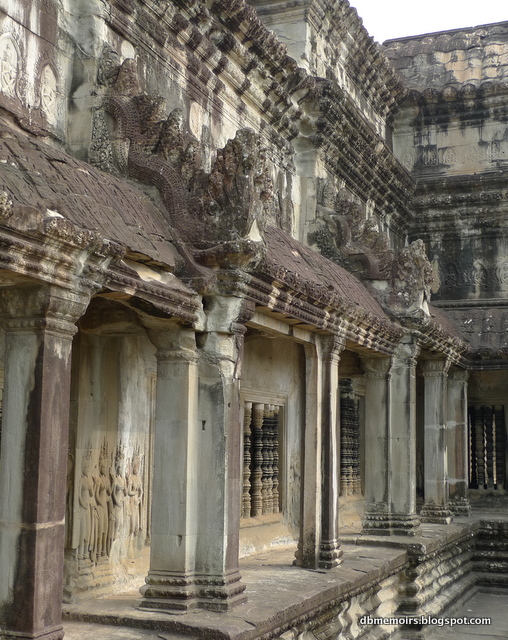 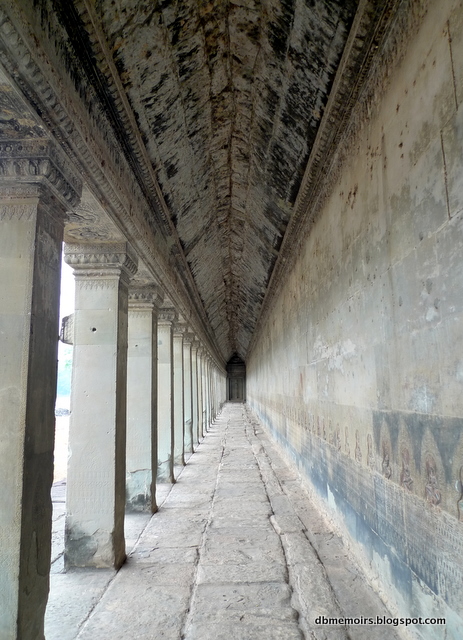 If my pictures look like they need a bit of straightening, it's not my fault, OK? Most of the buildings were built with sandstone, and over time (1000 years of time!), erosion and disintegration of the material caused them to be a little lopsided.

Angkor Wat is best visited in the afternoon because it's facing west. My only gripe is that there were just too many tourists, but that couldn't be helped. It's one of the most popular tourist spots in the whole wide world, after all.