salt of the earth

I know, I know. The title is too cliche and so obvious, but the phrase just stuck in my mind and wouldn't go away.

What does it mean, anyway? 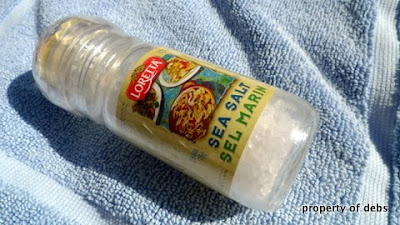 "The Dictionary of Phrase and Fable says it suggests that the disciples should give the world an interesting flavour, and not that they were simply jolly good chaps. Super. 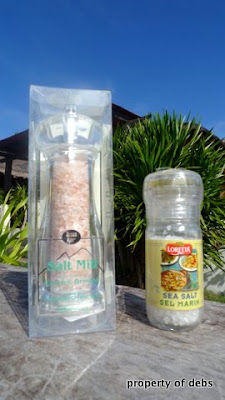 "According to the Oxford Dictionary of Idioms, 'the salt of the earth' is now used to describe 'a person or persons of great kindness, reliability or honesty'. People like lollipop ladies and shepherds. This backs up another claim for the origin of the saying.

"In the Moroccan city of Fez, the Jewish quarter (Mallah) is very old and was home to Jews who did a lot of salt mining. They were considered very useful to the community, and it is claimed that the expression 'salt of the earth' originated here. 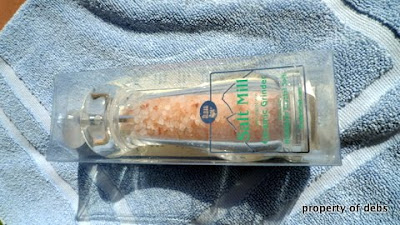 "The Romans paid their soldiers an allowance of salt called a salarium - hence our word salary, and the phrases 'worth one's salt' and 'true to one's salt'. And if you 'salt a mine', you add valuable ore or something similar to make potential buyers think that they're getting something worthwhile. 'Salting an account' is when you put such a high value on something that you raise its market value. Of course, salt is traditionally a mark of social worth.

"To 'sit below the salt' means that someone has low social standing. It comes from an old custom of placing the family 'saler' (salt cellar) halfway down a long dining table. Those seated furthest away were the lowest rank. And people of distinction sat 'above the salt', near the head of the table. 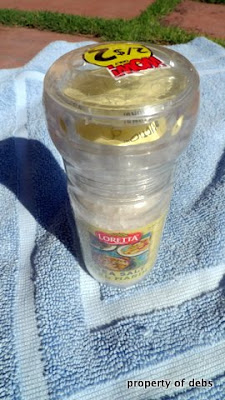 Now wasn't that interesting? That's our lesson for today.

P.S. Actually, this post is about light and shadows. The sky is a brilliant blue this morning, no clouds, lots of sunlight. I wanted to play around with my Lumix LX3. The salt caught my interest. The pink salt, by the way, costs 635 pesos (about US$13). 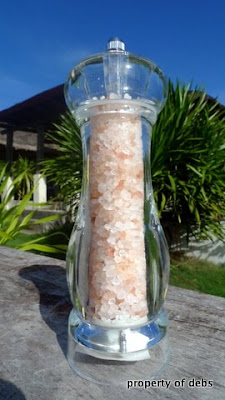 It makes me happy to look at it.

Posted by Unknown at 9:21 AM
Email ThisBlogThis!Share to TwitterShare to FacebookShare to Pinterest
Labels: lumix, lx3, panasonic, photography