After an intense carbo-loading session at the breakfast buffet of Le Meridien Jaipur's coffee shop, we set out to explore Jaipur. 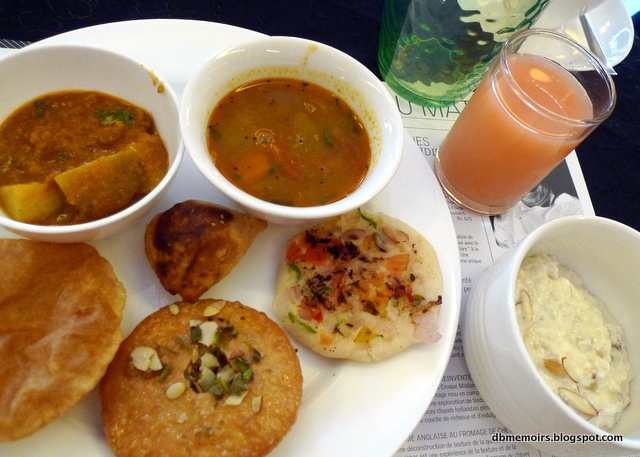 First on our itinerary was Amber Fort. Everyone in our tour group decided to ride the elephants which, after my almost mystical experience in Chiang Mai, I could not bring myself to do. I just felt so bad for the poor creatures who had to trudge up and down the hill all day in the heat, carrying uncomfortable chairs on their backs, and for what? To entertain tourists who don't know better.

I had also read that some of the elephants are suffering from malnutrition. 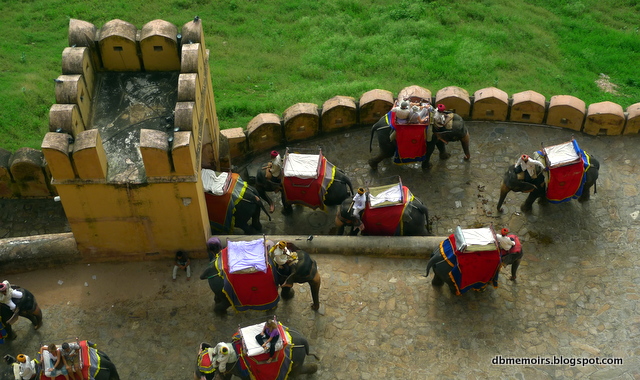 Instead, Bunny Rabbit and I went with our guide Mr. Singh and rode a jeep up to the fort. 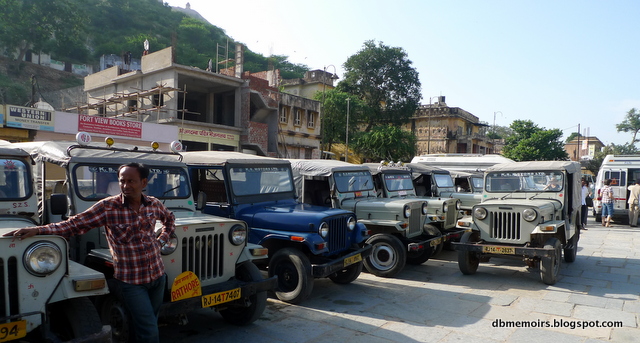 The views from the top were amazing. 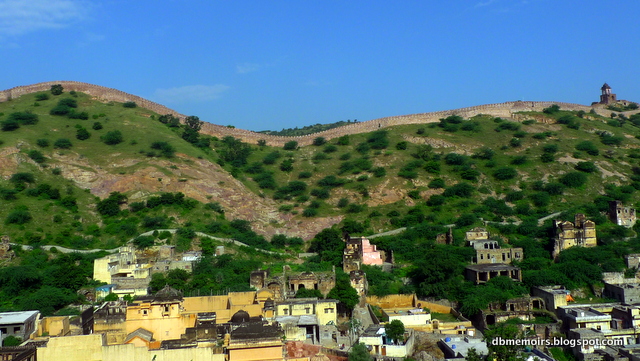 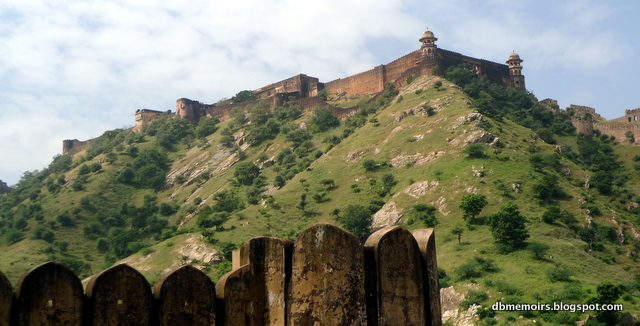 People-watching at the first courtyard while waiting for the rest of the group to arrive. 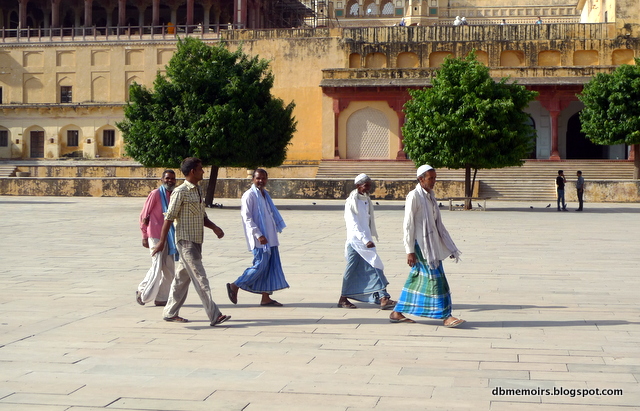 Amber Fort is very beautiful, but somehow I wasn't that into it. It was overrun by packs of noisy tourists who were being swept along by their anxious tour guides, and the sly locals who were ready to pounce on them. Even the woman who swept the grounds demanded to be paid when someone tried to take a picture of her.

Still, one can't help but be impressed by the sheer size of the fort and the numerous buildings contained within its walls. The Sheesh Mahal, or Mirror Palace, is probably the most well-preserved. 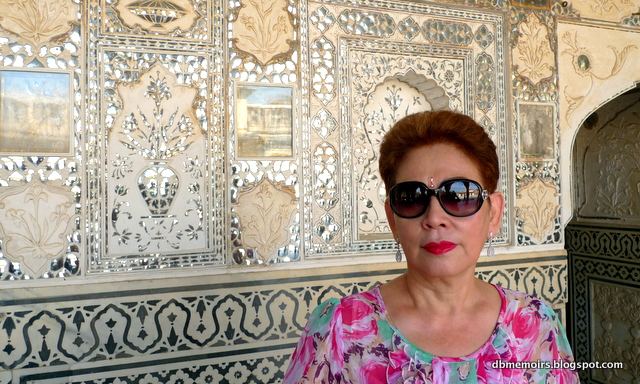 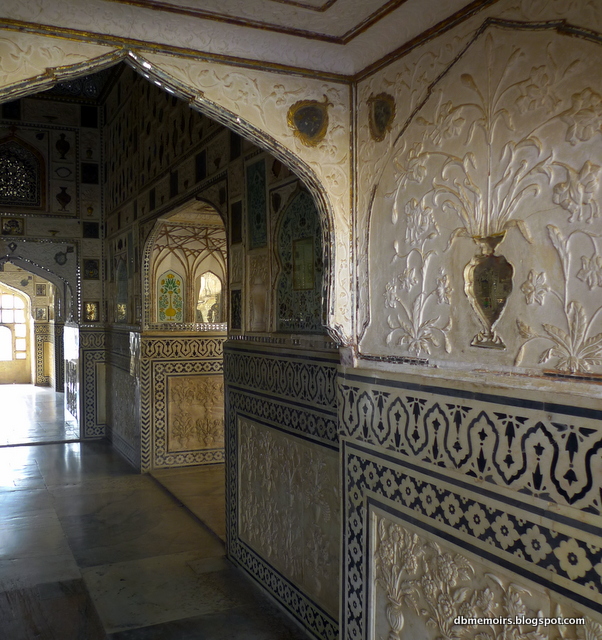 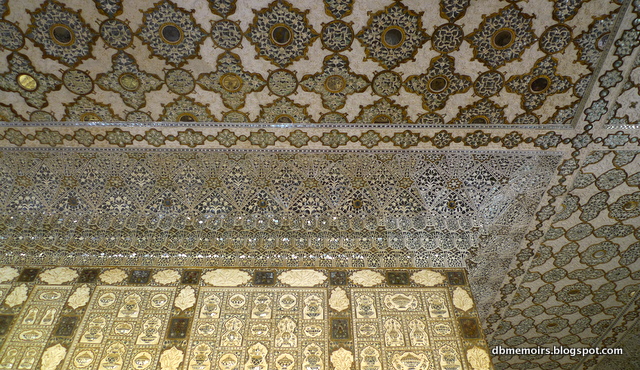 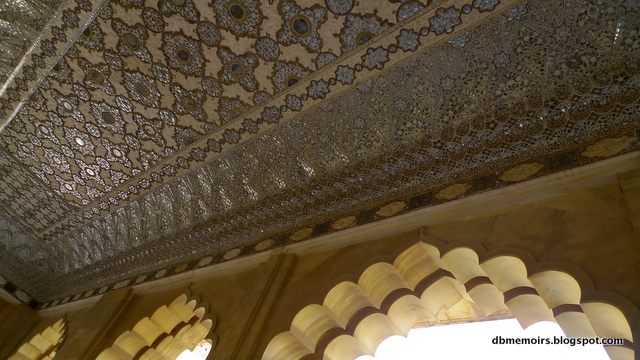 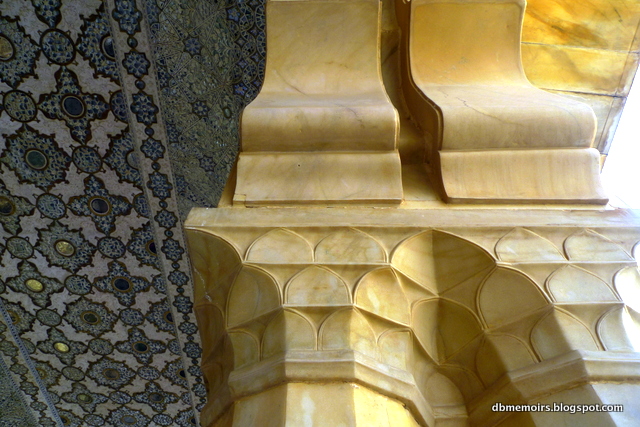 I also liked the Mughal gardens. 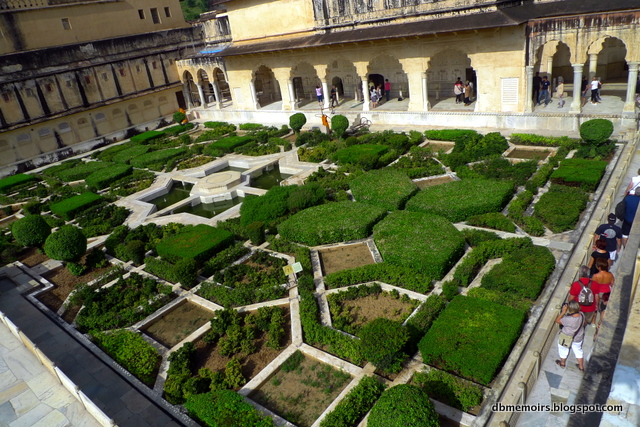 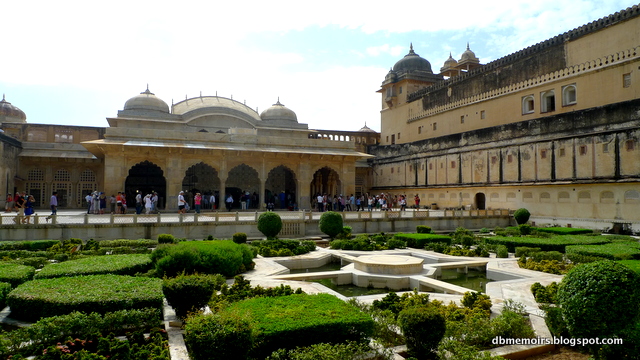 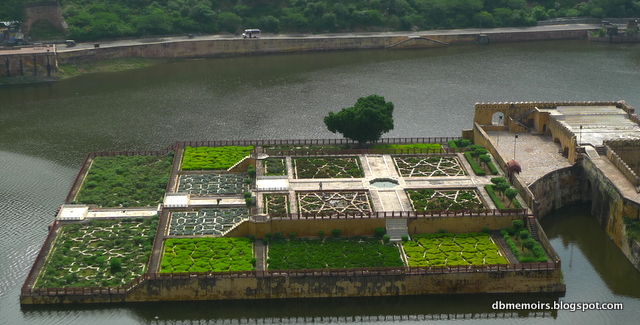 But some of the structures looked like they could use some conservation work. Pity. 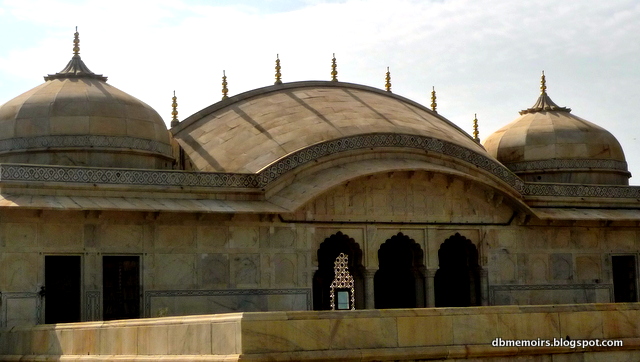 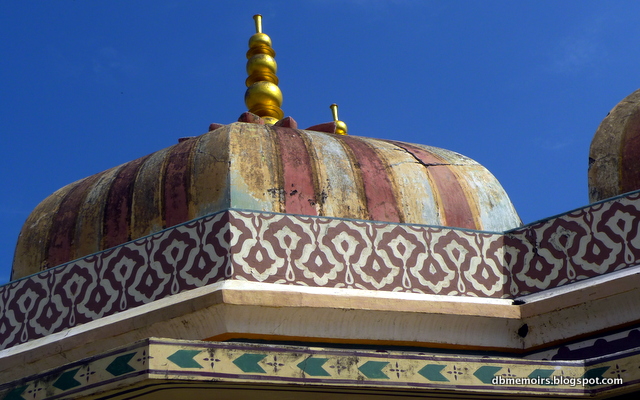 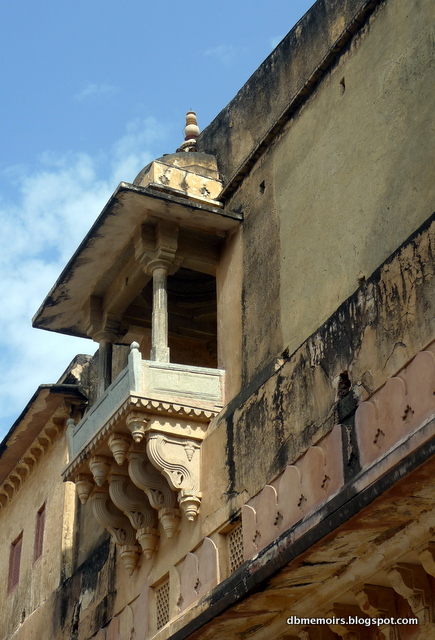