When we arrived at Hotel Laxmi Vilas (yez, that's how it's spelled) in Bharatpur City for lunch on 23 September 2012, it was already 330PM.

It's actually a palace that was built by the maharajah's brother in 1887 and converted into a hotel in 1994. So interesting! Too bad we didn't stay there. We could have, since it's only one hour away from Agra i.e. Taj Mahal, Agra Fort, Fatehpur Sikri. Plus Bharatpur has its own attractions such as the Iron Fort and the bird sanctuary. Ah, well. 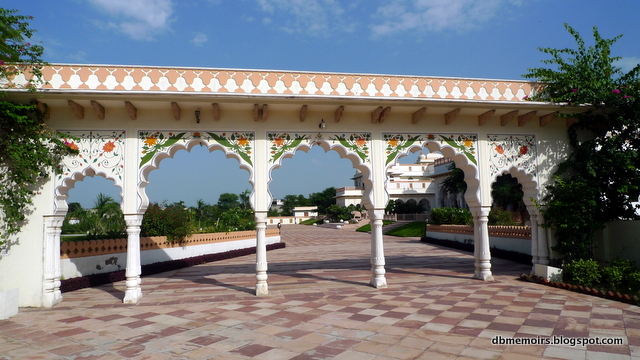 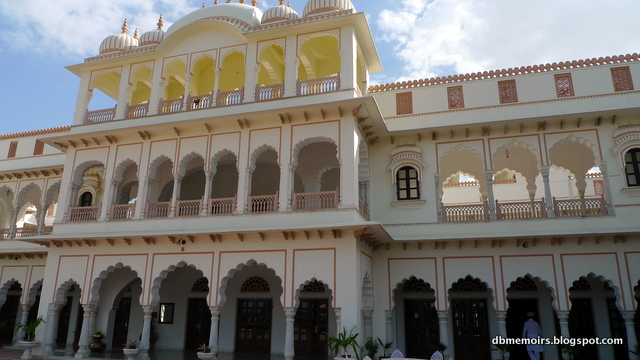 I would have liked to see the rooms, but we didn't have enough time. We still had four hours (180 kilometers) to go before we would reach Jaipur. All I saw was the dining hall which was very ornate and, I assume, authentic. Check out the chandeliers. 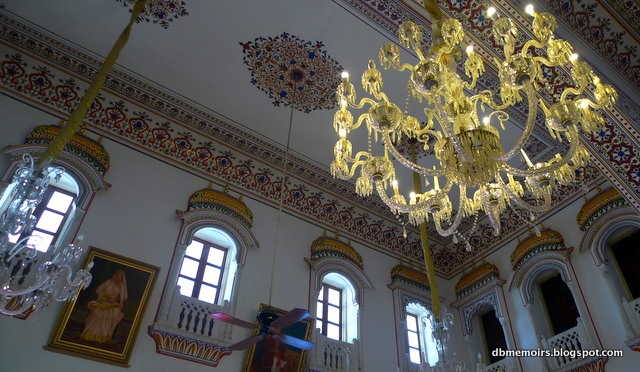 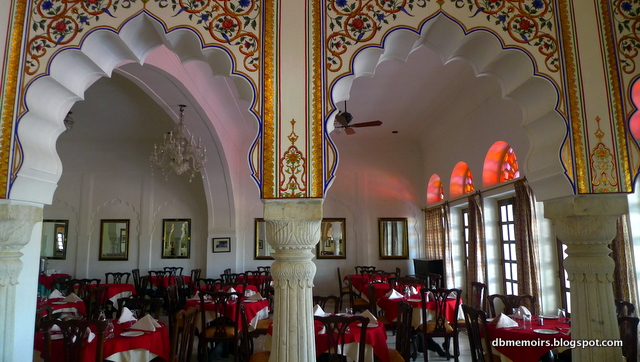 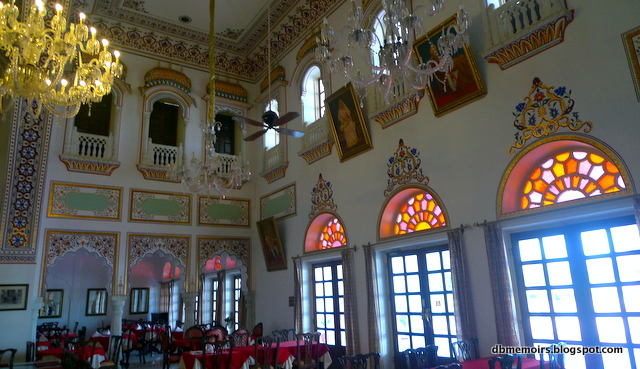 The food was not as spectacular as the ambiance, unfortunately. Because we were late? Nevertheless, it was plentiful and filling. And the dessert, bananas with coconut milk, was nice. 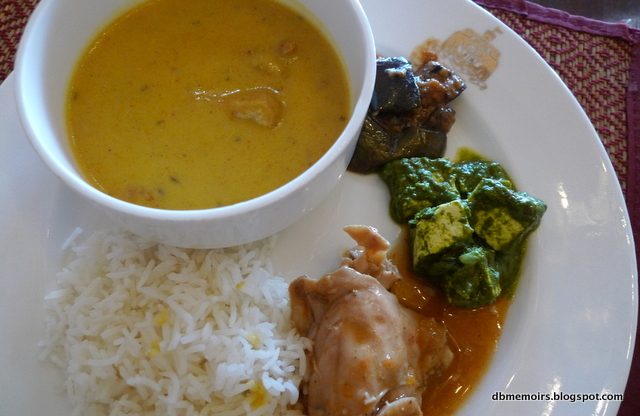 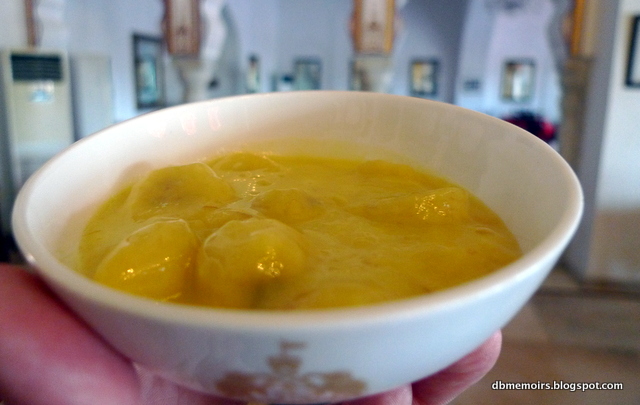 When we finally arrived at Le Meridien Jaipur, our home for two nights, it was 830PM. 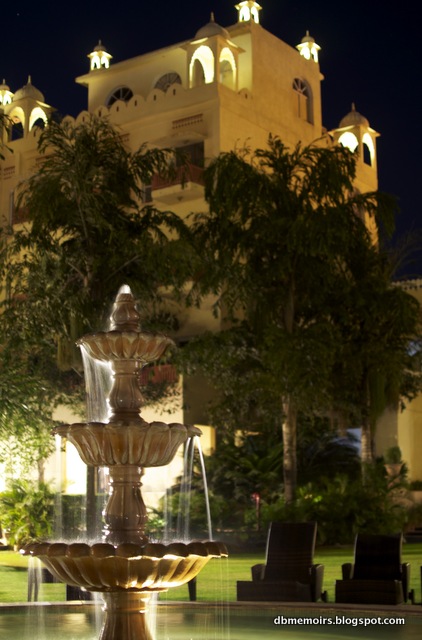 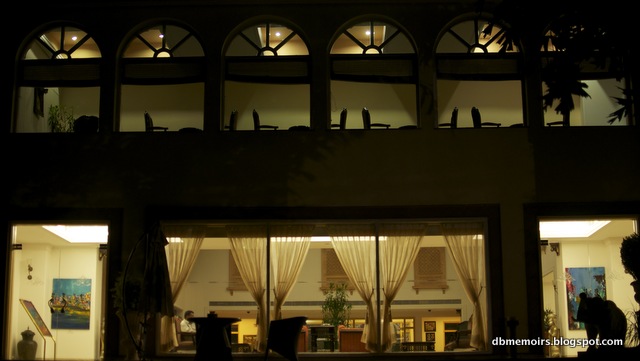 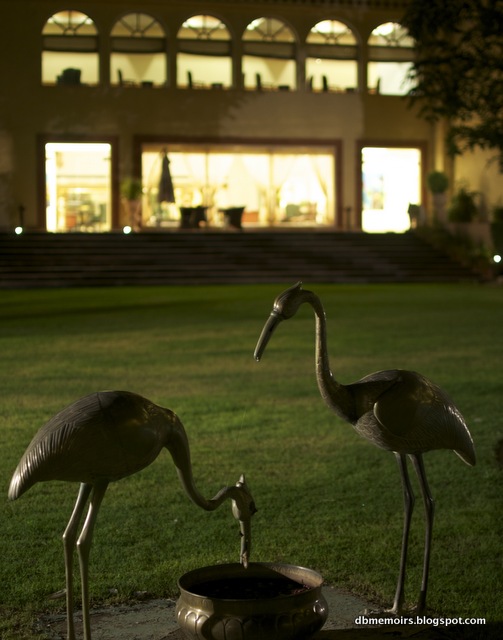 Time for dinner. We were served dhal (lentil stew/ soup) and paneer (cottage cheese) at every meal for the five days that we were in India, so that's what I ate. Le Meridien's versions were not bad at all. But it was dessert again that I liked most-- bread pudding with almond slivers and flavored with cardamom. Oy. 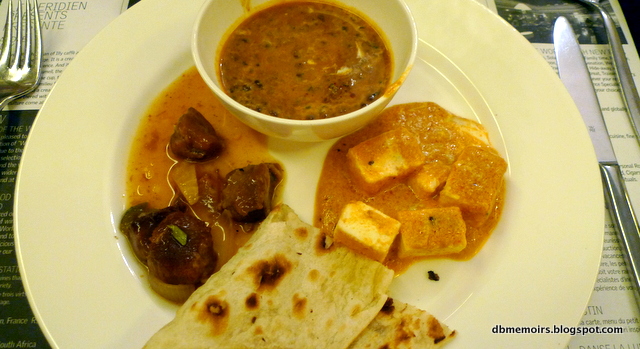 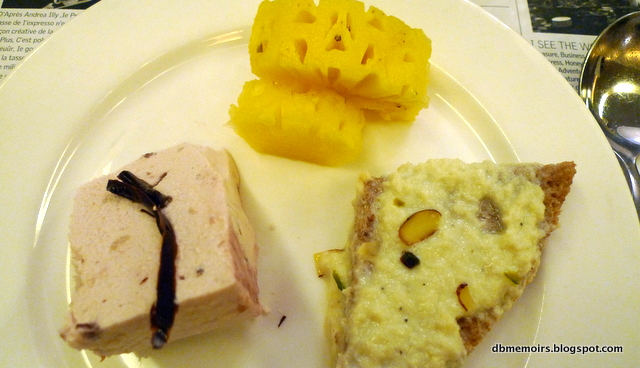 Thanks to Bunny Rabbit for the night shots of Le Meridien Jaipur.
Posted by Unknown at 12:45 PM
Email ThisBlogThis!Share to TwitterShare to FacebookShare to Pinterest
Labels: agra, food, hotels, india, jaipur, travel