While doing some research for the Great Visayan Tour, I read about Rod in an online travel forum. He was highly recommended as a tour guide for Bohol, so I got in touch with him and made arrangements. Three of us (Hot Tuna, Bunny Rabbit and me), one van, eight hours, ten tourist spots. Count 'em:

1. The Blood Compact Site. (We still don't know which one is Sikatuna. All of them are wearing leather boots and are heavily-bearded.) 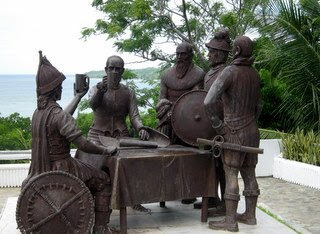 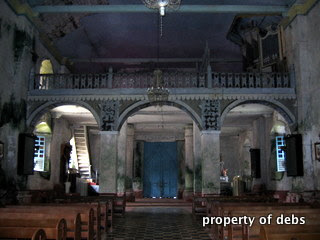 3. The largest python in captivity. (Did I mention that Hot Tuna is afraid of snakes?)
4. The tarsiers! (So cute. I could watch them for hours.) 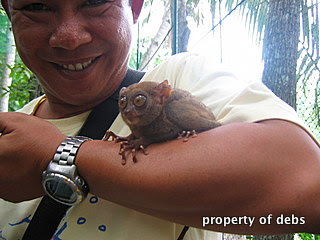 5. Loboc River Cruise. (The most amazing thing about this cruise was the fact that the boat drivers couldn't see where they were going. Their view is literally blocked by the boat's body and the people on it.) 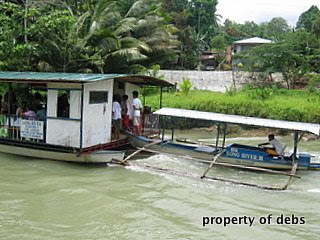 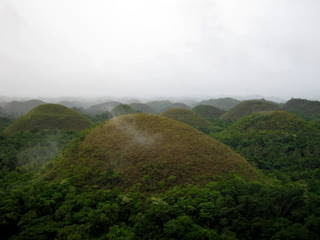 There were some spots which were really spectacular, but there were some which were so-so. But I think you have to evaluate the experience as a whole. Take one tourist spot off the list and somehow it doesn't feel... complete.

Part of the fun was racing with the other cars and vans doing the exact same tour using the exact same route. After a while, the faces start to look familiar and you feel like you're on the Bohol version of the Amazing Race.

I was a little disappointed that we were not able to meet the highly-recommended Rod. He sent one of his drivers. Apparently, since that post in the online travel forum, he's become so popular that he was able to buy a fleet of vans and doesn't give tours personally anymore. Ah, progress!
Posted by Unknown at 10:25 AM
Email ThisBlogThis!Share to TwitterShare to FacebookShare to Pinterest
Labels: bohol, travel, visayas