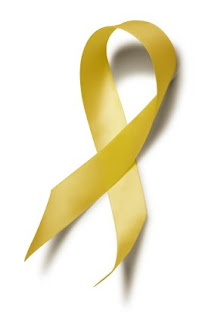 A lot of people have written and said a lot of things about the passing of our former president, Corazon Aquino, who died on 1 August 2009. Her peaceful defeat of the Marcos dictatorship in 1986 is probably the one pure thing that we as a people can be proud of.

I was in first year high school during the EDSA Revolution. My school was right beside the presidential palace. The turbulent last years of the Marcos administration and the subsequent coup d'etat attempts against Cory-- all that meant to me were suspended classes and staying at home to watch TV sitcoms.

As a martial law baby, I first saw her as a usurper, a plain-jane housewife who had no idea what she was doing. People criticised her wardrobe, her demeanor, her perceived weakness. But she proved everybody wrong.

She was not a politician. She was a mother, and she became the entire nation's mother. She led this country out of the dark ages of martial law and showed us the light. She may not have been the country's best president, but as a FORMER president, she was brilliant-- our Jimmy Carter. I wouldn't be surprised if she is awarded the Nobel Peace Prize posthumously. (She was nominated in 1986, but lost to Holocaust survivor Elie Wiesel.)

What's going to happen to us now? She was our conscience and our beacon, and without her, the light dims. Two-thirds of our population are too young to remember Marcos, Cory, the EDSA Revolution... but the whole country is mourning-- out in the streets, in the churches, in their homes watching the TV coverage.

Kids are asking questions, and finally, after more than two decades of taking our democracy for granted, parents are telling the story of Cory's struggle, her strength, her grace, her faith and her love for us all. Maybe the light will shine again, after all.
Posted by Unknown at 11:03 AM
Email ThisBlogThis!Share to TwitterShare to FacebookShare to Pinterest
Labels: current events