Ever since we met the Mayor and Attorney Gold in 2005, they have been inviting us to their town fiesta every first of May, Labor Day, a significant holiday in the Philippines. Being in the tourism industry, I always felt that I couldn't just leave my business during peak holiday season, but after declining their invitation for five years, I finally realised that friends are more important than work. Naks!

Even though we'd been to the town of President Roxas, Capiz only once before, during the Great Visayan Tour of 2007, we didn't get lost. Thanks, Google Maps. We made it just in time to have lunch three times at three different houses (!), and then the Mayor officially opened the Sinaot Festival 2011 street-dancing competition at 2PM. 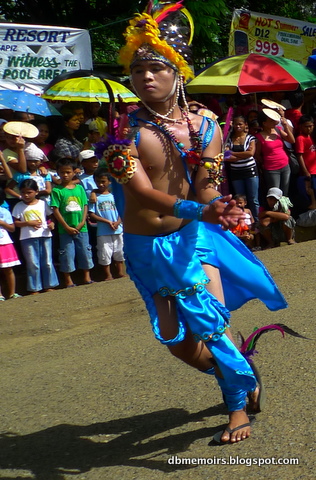 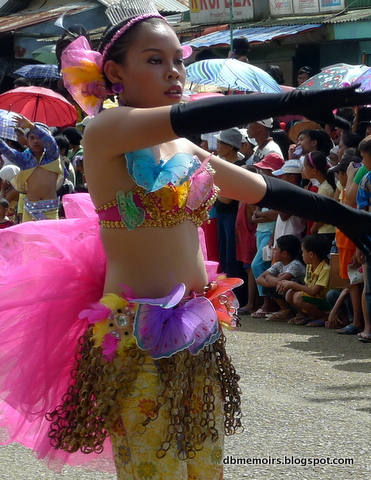 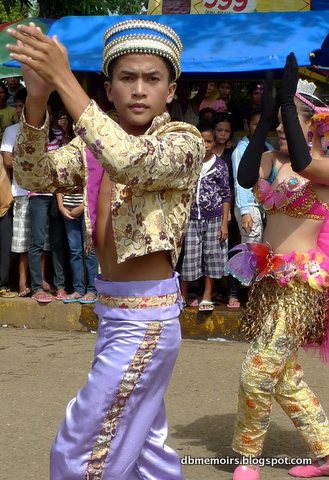 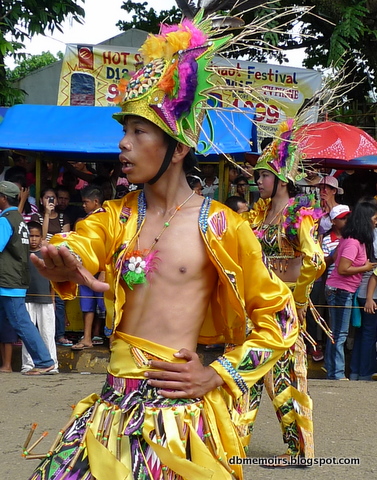 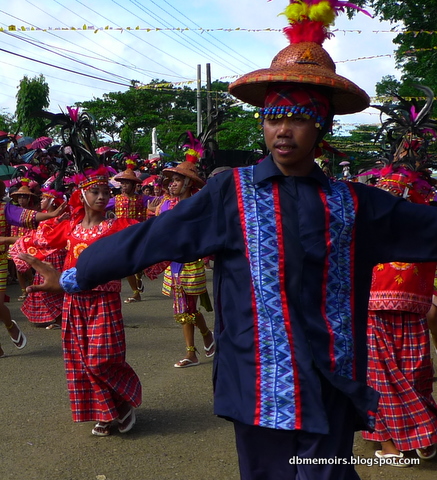 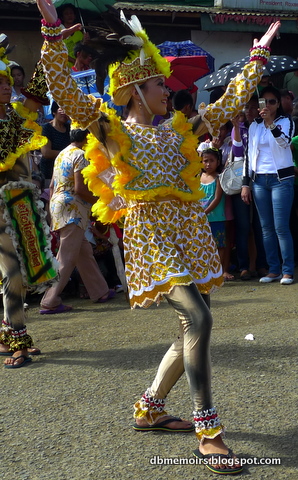 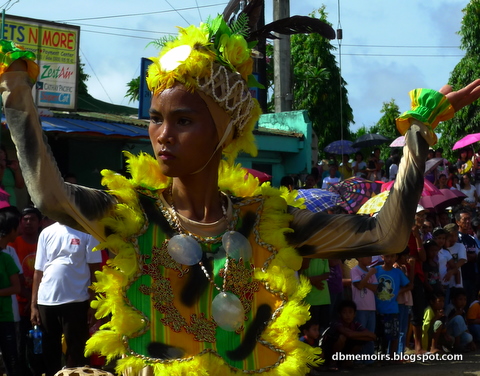 There were six groups competing for the title. These kids spent a whole year preparing for the big day. I loved the costumes. So colorful and intricate. No other town in the entire province of Capiz has an annual spectacle like this. 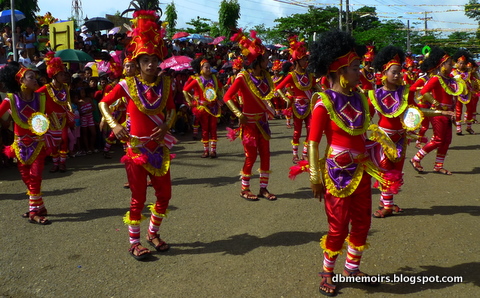 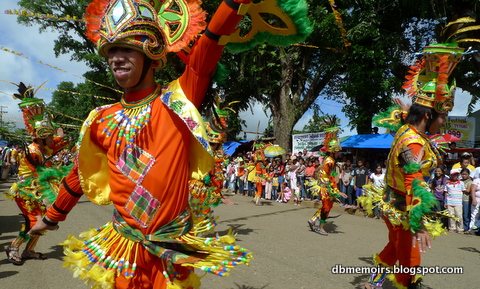 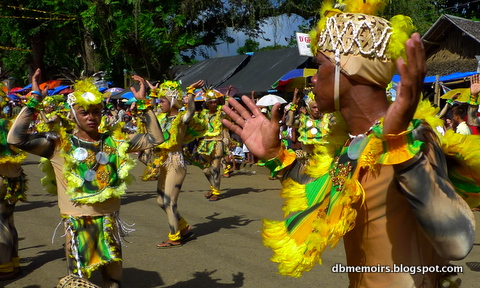 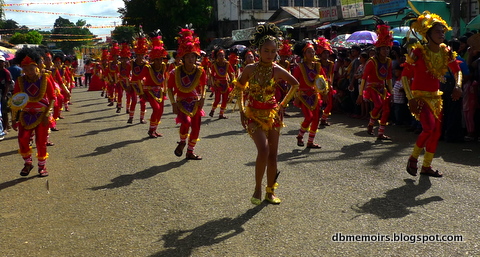 The Sinaot Festival was the brainchild of the Mayor's father, the former mayor. It was based on Bacolod's Masskara Festival, but over time, it morphed into a more local tribal/ ethnic cultural celebration. 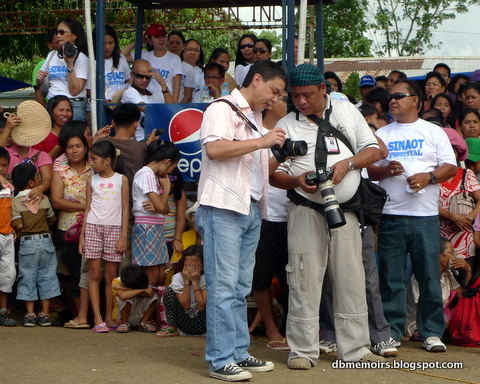 Thanks so much to Attorney Gold (the beautiful lady with the big-ass camera) and the Mayor for your wonderful hospitality. Love the outfit, by the way! Does your town mayor wear pink shirts and Converse sneakers, hmm?

About the town: President Roxas is strategically located almost at the center of northern Panay. It's 36 kilometers from the capital Roxas City, which has an airport. It's a lovely agricultural, commercial and industrial community consisting of 22 barangays. Their major products are sugarcane, cultured crabs and prawns, and the people are the friendliest and the most generous you will ever meet.
Posted by Unknown at 1:00 PM
Email ThisBlogThis!Share to TwitterShare to FacebookShare to Pinterest
Labels: capiz, lumix, lx3, panasonic, photography, travel, visayas