It's been over two months since I was in Vietnam, and I'm still struggling to blog about the few days that I spent there. Every time I browse through my pictures, I am dumbfounded by homesickness, even though obviously it's not my home (yet), and I had only been there once. (Well, technically, twice. Our trip was Manila - Saigon - Siem Reap - Saigon - Manila.)

And every time I think about the food, I am moved to tears because I miss it so much. Plus I start to drool.

If left on my own, I probably would have spent all my waking hours inside Ben Thanh Market. I would occupy my days by surveying the food offerings, eating what looks interesting, walking around to digest what I had just eaten, surveying more food, eating some more, walking around... You get the idea.

Sadly, we had other things to do besides graze in the market. And I could only fit so much into my gut, belly and esophagus.

To ensure that I did not choke while wolfing everything down, I drank some liquids.

I didn't even get to try the desserts, dammit!


Because I was so excited, I forgot to take pictures of the other things that I ate, like the spring rolls and the bánh mì. I ate bánh mì every single day that I was in Vietnam! And each time, it would occur to me to take a picture only when I was about to devour the last bite.

But hands down, the absolute best thing that I put in my mouth in Vietnam was bún chả.


After watching the water puppet show, we strolled around the theater's environs and found the happiest place in Saigon: Bún chả Hồ Gươm. Everyone was smiling as they ate bún chả. Again, in my excitement, I forgot to take pictures.

From Wikipedia: Bún chả is a simple and popular dish, basically a combination vermicelli plate. Grilled pork (often ground) and vermicelli noodles are served over a bed of greens (salad and sliced cucumber), herbs and bean sprouts. Often includes a few chopped-up egg rolls, spring onions, and shrimp. Served with roasted peanuts on top and a small bowl of nước chấm.

Now doesn't that sound wonderful? It hurts me just to think about it. Hunger pangs.

The food always tasted fabulous, but other than that, in my almost forty years of existence, I had never eaten food as healthy as I did in those eight days that I was in Vietnam and Cambodia. Not in a million years would I have thought that I'd actually crave vegetables, but after this trip, I find myself hankering for raw, green, leafy stuff at every meal. There was meat and all good things that come from animals, of course, but the veggies were the raison d'être. And for an entire week, I was regular as clockwork!

Excuse me for saying so, but that's the truth.

The Vietnamese Water Puppet Show runs everyday at 5PM and 6:30PM. Sometimes, if they're fully booked, they'll schedule an 8PM show, which is the one we attended. Any hotel or travel agent can buy tickets for you, or you can go directly to the Golden Dragon Water Puppet Theatre, address 55 B Nguyen Thi Minh Khai St., Dist. 1, HCM City. Go watch the show. It's cheap, air-conditioned, entertaining and somewhat educational. It's worth a couple of hours. 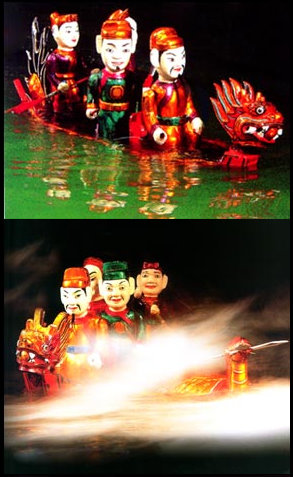 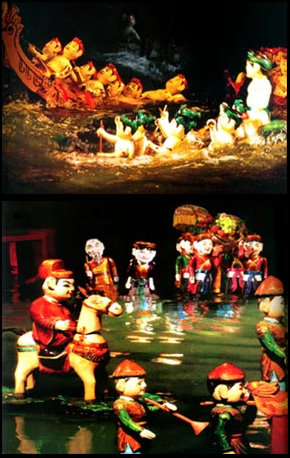 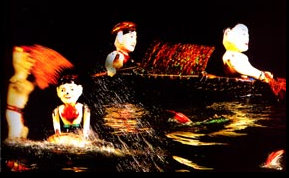