By this time next week, I shall be eating myself into a coma in Korea. Seoul apparently has a vibrant street food culture and I'm looking forward to sinking my teeth into something I've never tried before. Live octopus, maybe?

In the meantime, I'll have to be content with reminiscing about the street food fair that I visited in Bangkok last month.

This is what a food festival should look like! 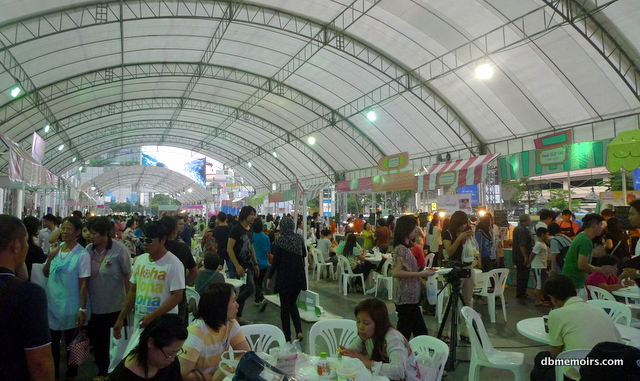 Actually, we found it by accident. We were supposed to have dinner at Zense that evening. While waiting for my friends, we did a bit of window shopping at the incredibly ginormous CentralWorld, the sixth largest shopping complex in the world. After half an hour, we were overwhelmed and had to go outdoors to get our bearings. And there it was.

The Thai Food Festival: Easy Tasty Street Food, held from 13 to 16 June 2013, is literally all the Thai dishes you can think of under one roof.

There were some items which were unfamiliar to me.

I would have liked to taste some of the dishes, but I didn't want to spoil my dinner.


If this festival is a yearly event, I might just go back to Thailand in 2014.
Posted by Unknown at 11:19 AM
Email ThisBlogThis!Share to TwitterShare to FacebookShare to Pinterest
Labels: bangkok, food, southeast asia, thailand, travel