When I was in Thailand last year, I planned to watch Muay Thai at Lumpinee Boxing Stadium in Bangkok, but the tickets were just too danged expensive. We ended up at a pingpong show on Patpong Road instead. That was a very interesting experience and one that I don't regret, but this June I knew that I couldn't forgive myself if I skipped Muay Thai again.

The owners of our guesthouse, Funky Monkey, told me that the big Thai boxing matches were scheduled on weekends. The event that I was thinking of attending at Thaphae Boxing Stadium was fixed for betting and not "real" Muay Thai. We were leaving Chiang Mai on Friday, though, so this was my best chance. 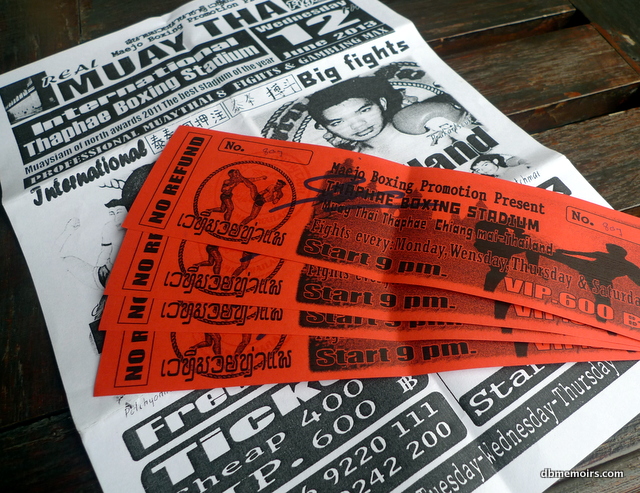 I decided to visit the venue to get more information. The "stadium" was small, but that wasn't necessarily a bad thing. At least we were sure to be up close and personal with the action. The guy I talked to said, "Start nine o'clock, seven matches! Finish eleven, eleven thirty!" And then he reserved a table for us under the electric fan, very close to the ring. Sold!

We decided to have an early dinner at Café de Nimman (previous post) before the boxing, but after eating too much too fast, we had some time to kill. Hot Tuna suggested we take a walk around the neighborhood but then it started drizzling, and so we took refuge at a patisserie called Mont Blanc Sweet Café on Nimmanhemin. 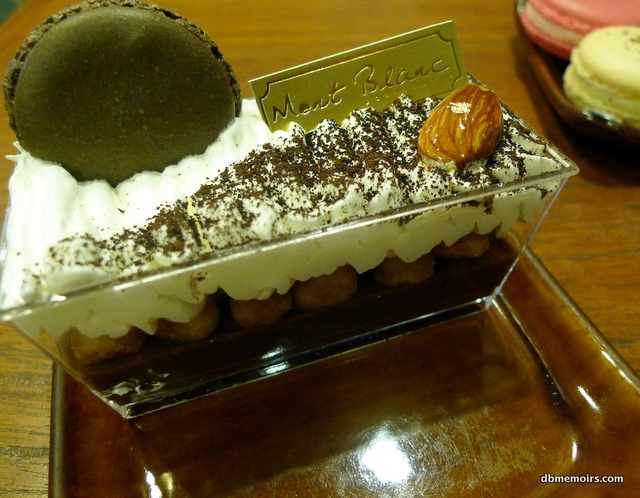 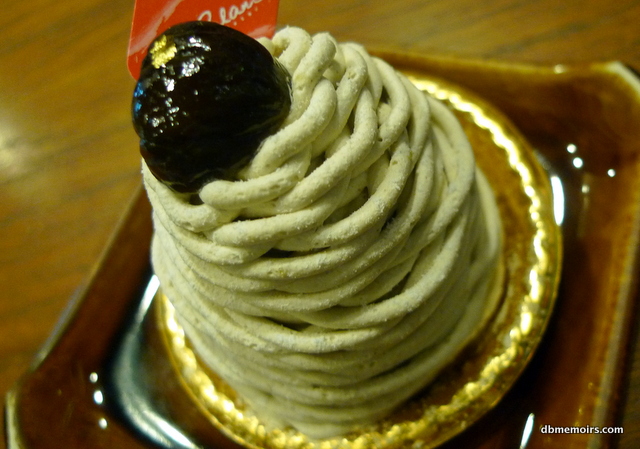 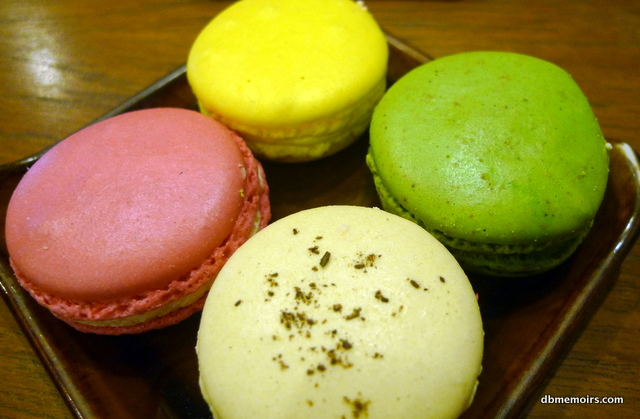 The cakes and pastries looked much better than they tasted, but the place was cute in a Japanese/Korean coffee house kind of way. I probably would have appreciated it more during the daytime, maybe for breakfast or afternoon tea, and not after an enormous dinner like the one we just devoured thirty minutes prior. I heard that their coffee is better than Starbucks, and of course, it's local.

When we couldn't eat any more, we jumped into a cab and drove back to the old city. The atmosphere at Thaphae Stadium was festive but not unruly. We saw some fighters getting ready in a corner of the arena. Very solemn and serious. 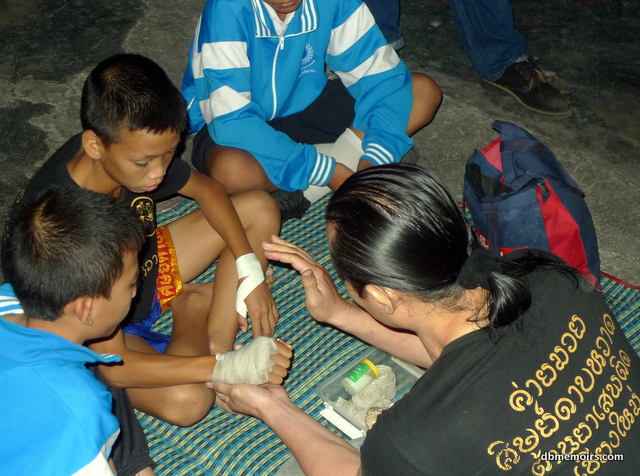 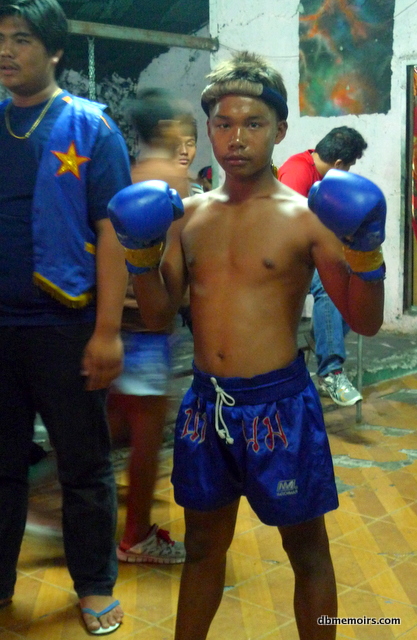 Finally, after a bit of a delay, the musicians started playing the sarama which accompanies the wai khru ram muay, or pre-fight ritual. Click here for an excellent commentary about this tradition and to listen to a short music clip. 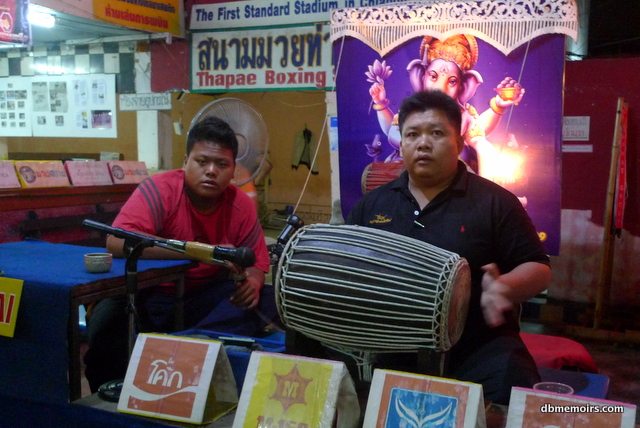 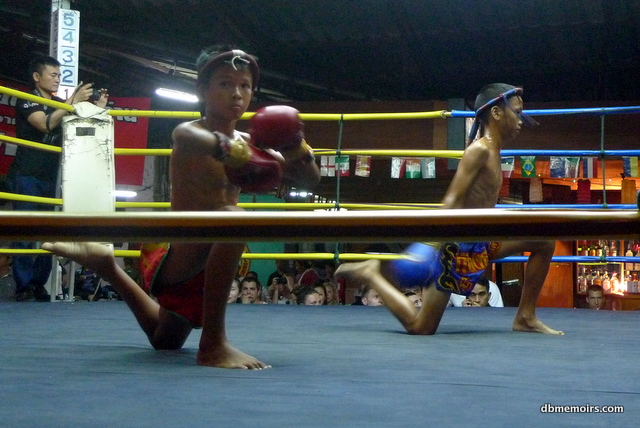 Some of the fights were quite obviously just for show, but every once in a while, a boxer would unintentionally land a crushing blow which would knock the wind out of his opponent. This was followed by profuse apologies from one party, and a desire for vengeance by the other. Exciting! 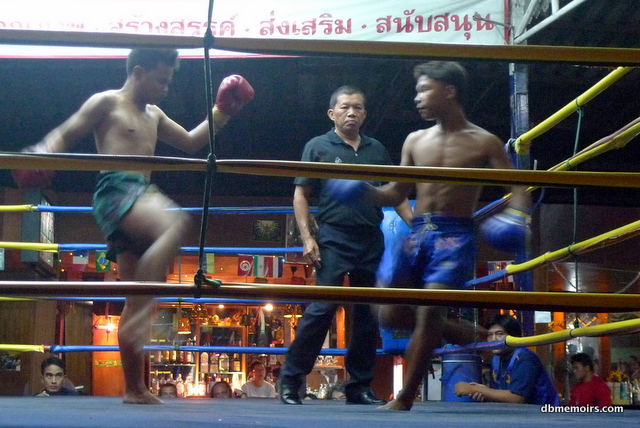 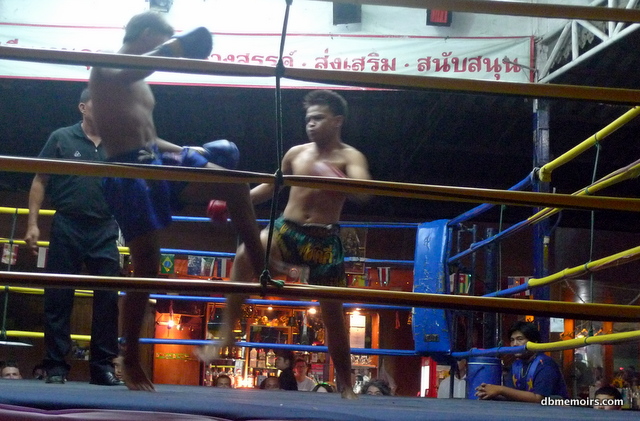 As comedic relief before the main event, six boxers entered the ring and tried to pummel one another while blindfolded. Occasionally, they would hit the referee. 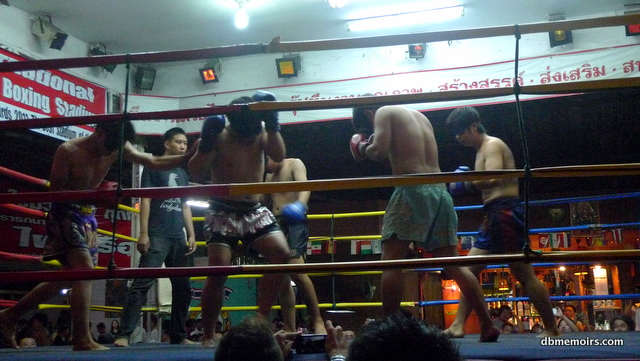 Now that I've seen, heard and smelled Muay Thai live, I have a better understanding of it. In fact, I wouldn't mind staying in Thailand for a couple of months to take up the sport. Would you guys care to join me? 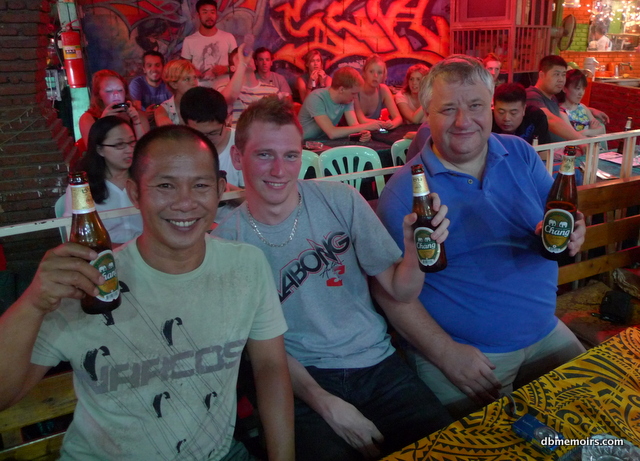 More about Muay Thai on Wikipedia.

Mont Blanc Sweet Café has a website, but it's in Thai.
Posted by Unknown at 2:01 PM
Email ThisBlogThis!Share to TwitterShare to FacebookShare to Pinterest
Labels: chiang mai, food, southeast asia, sports, thailand, travel