i love the (chiang mai) nightlife

Whenever I travel, I'm really not much of a shopper. I'm always too shy to haggle and I tend to treat foreign currency like Monopoly money. Before a trip, I do my research and prepare a short list, and then I try to buy everything all in one go to save time and energy, often with complete disregard for pricing. On 13 June 2013 in Chiang Mai, I felt like getting my shopping out of the way.

Since it was a weekday, we couldn't go to the Sunday Walking Market. We'd been to Warorot Market before, and the infamously overcrowded and kitschy Night Bazaar didn't sound too appealing. So I suggested Anusan (or Anusarn) Night Market instead. The stalls were still being set up when we arrived at 7PM, so we decided to grab a bite first.

I had a hankering for seafood-- incongruous, I know, since Chiang Mai is in the mountains and nowhere near the ocean-- but sometimes I just gotta eat what I wanna eat. The restaurants in the middle of the market all looked quite similar, so we employed the scientific method: When in doubt, choose the one with the most number of customers. Plus the sign that said "Anusarn Seafood Market Center: Good Food Good Taste Good Quality" seemed promising.

I hadn't eaten crab in what seemed like ages, so after a quick consultation with our highly efficient and effective waiter, I decided to get two male crabs, each weighing about half a kilo: One for steaming and the other, stir-fried with curry powder. They cost about 1,200 baht in total. They definitely weren't cheap, but when I inspected the crabs, they passed the standards that my father taught me-- lively, didn't smell like piss, and felt heavy for their size. 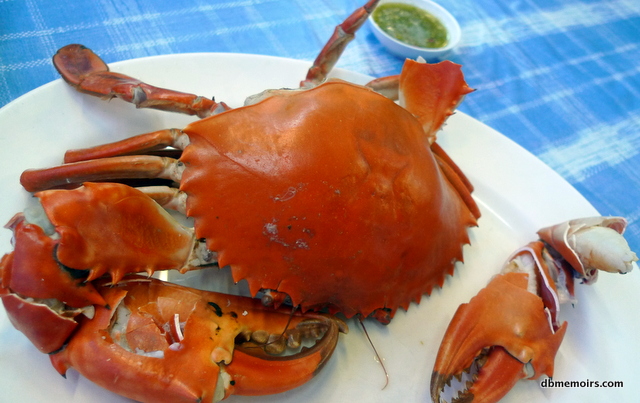 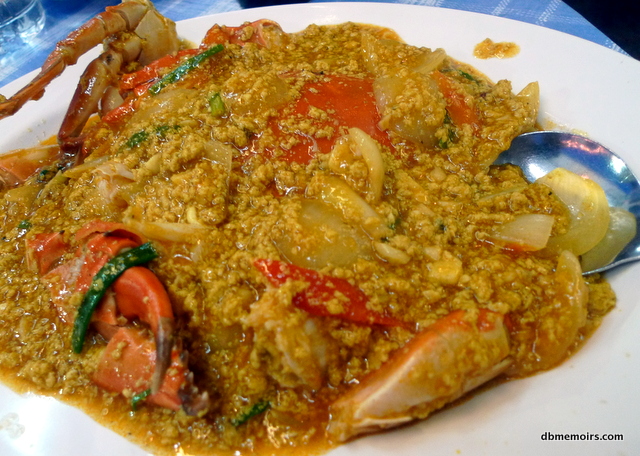 The steamed crab was simple yet satisfying; however, the curry sauce of the second dish lacked oomph and only made us miss Singapore's chili crab. But overall, both crabs were cooked perfectly and the naturally sweet flavor of the meat shone through. I was happy.

We also ordered stir-fried squid with roasted chili paste and basil for 120 baht, and baked duck with honey for 150 baht. The smallest serving size was enough for the four of us since we already had two whole crabs. Both dishes were very nice, although I felt that the squid could have used more chili. I had a feeling that my companions were glad to take a breather from spicy food, though. 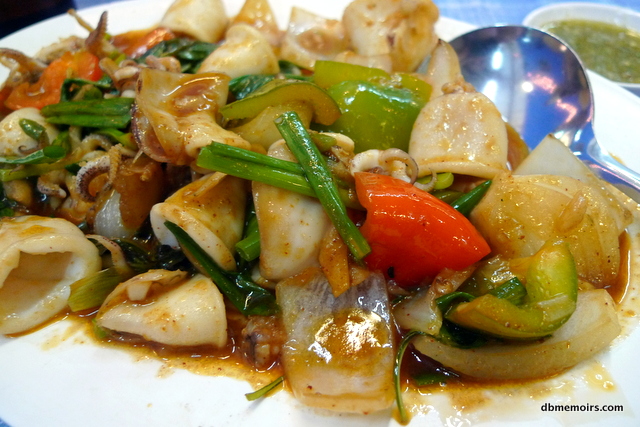 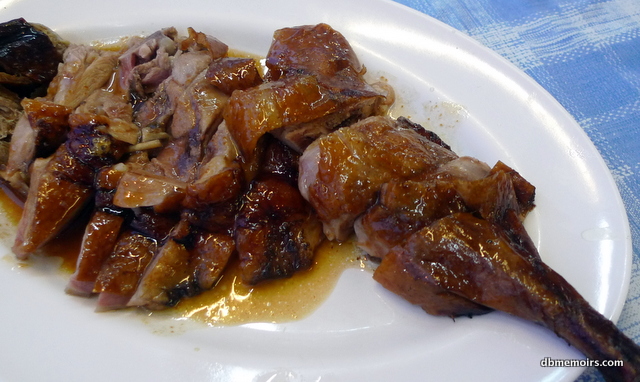 After dinner, we explored the market. Many of the vendors sold the same touristy T-shirts and souvenirs, but I was able to spot some unique and interesting items like wood carvings and light fixtures. I would've wanted to stay at Anusan longer to take pictures and watch the free cabaret show (Some of the ladyboys were positively alluring!), but Hot Tuna was expiring from the heat and humidity. I managed to get all my shopping done in about an hour-- shirts, pants, scarves and incense-- and then we left. 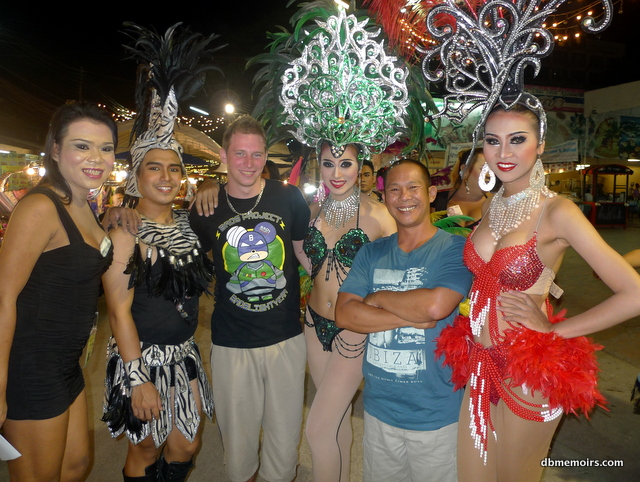 We hopped on a tuktuk and made our way to Hot Tuna's favorite spot in Chiang Mai. The Riverside Bar & Restaurant is a small local hangout established in the '80s which became so popular that they expanded across the road. First, we went to the new place-- an eighty year old two-storey mansion with beautiful wooden decks and an impressively landscaped garden. The bands performed mostly covers of American and British pop and alternative songs. The crowd was chill, the servers were very attentive, and the pizza (forgot to take a photo) was divine. 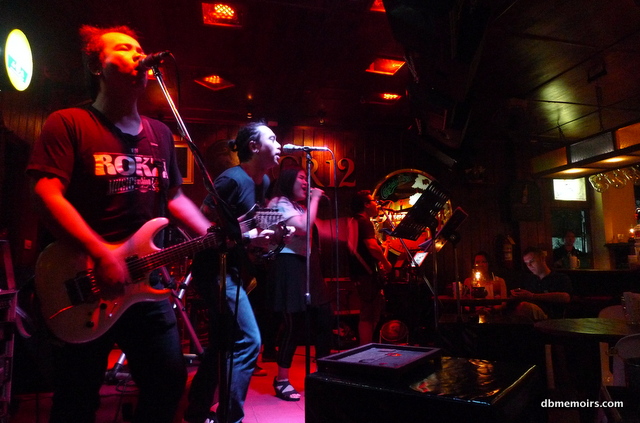 I was ecstatic to find my favorite Beerlao Dark Lager on the drinks list. I discovered it last year in Luang Prabang and have been searching high and low for it ever since. I love Thailand, but the local beers are extremely disappointing. 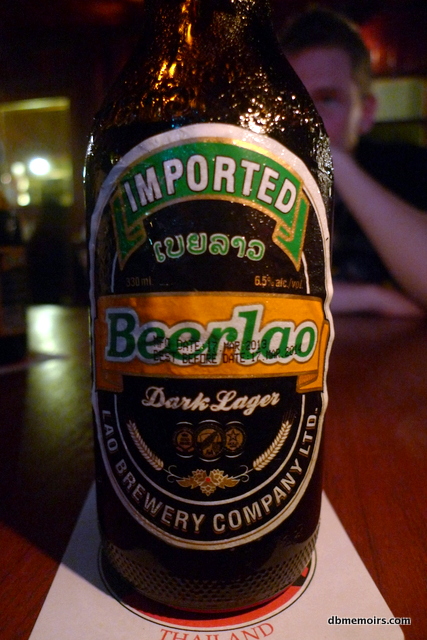 At 1AM, we crossed the road to the old Riverside. Possibly because the space was smaller or maybe everyone was already drunk, but the place was really jumping. The party atmosphere spilled out into the street. 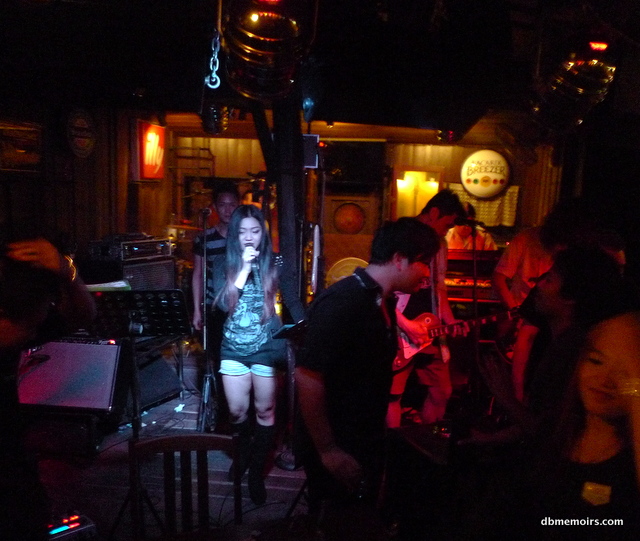 Things started winding down at 3AM. Actually, the music had already stopped and our waiter looked like he wanted to go home, so we called it a night. I can't remember the last time I was in a bar until closing time! 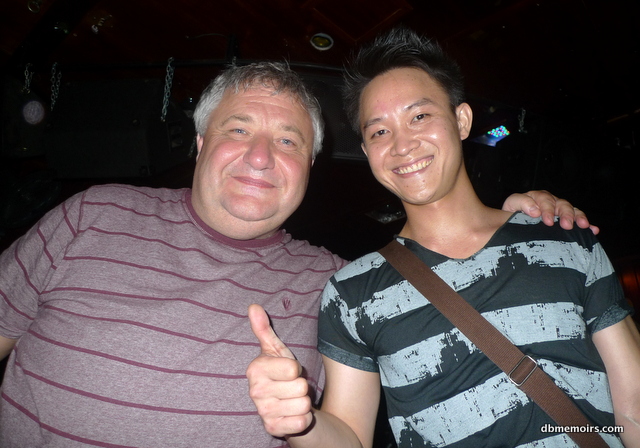 Hot Tuna, you're an animal... A party animal. This was one for the books.
Posted by Unknown at 9:49 PM
Email ThisBlogThis!Share to TwitterShare to FacebookShare to Pinterest
Labels: chiang mai, food, shopping, southeast asia, thailand, travel