This is David. He's an English dude who lives in Chiang Mai, Thailand. He and his wife Nuy own Funky Monkey Guesthouse which won tripadvisor.com's Traveller's Choice (B&B category) award for 2012. 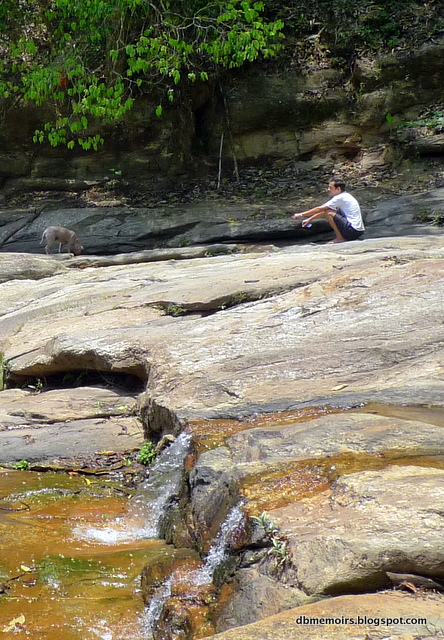 I arrived in Chiang Mai armed with a list of temples to visit. It's compulsory when traveling in this part of the world. I asked David for directions, but he recommended that we discard my temple line-up and go to his favorite hangout instead.

After our excellent adventure at Warorot Market, which was one of David's tips, I became convinced that going to Wat Pha Lad might be worth the hour-long trip to the hills outside the city.

Truthfully, I wasn't too excited to see any temples at all. Everyone was just so gung-ho about temple hopping in Chiang Mai-- just Google "what to do chiang mai"-- that I would feel guilty if I didn't go to at least one, but it didn't really matter to me which one we chose. You see one temple, you've seen them all... Except Angkor in Cambodia, but that's another story.

Wat Pha Lad looked like any ol' Buddhist temple at first. Even the mythical creatures were familiar because I'd seen hundreds of them before. Beautiful but not extraordinary. 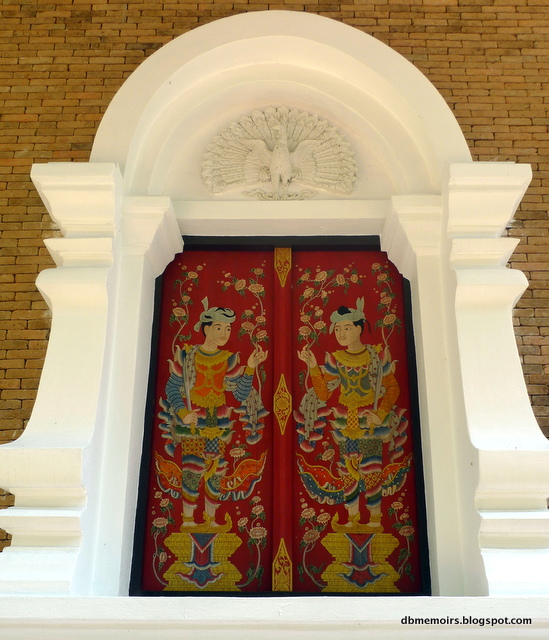 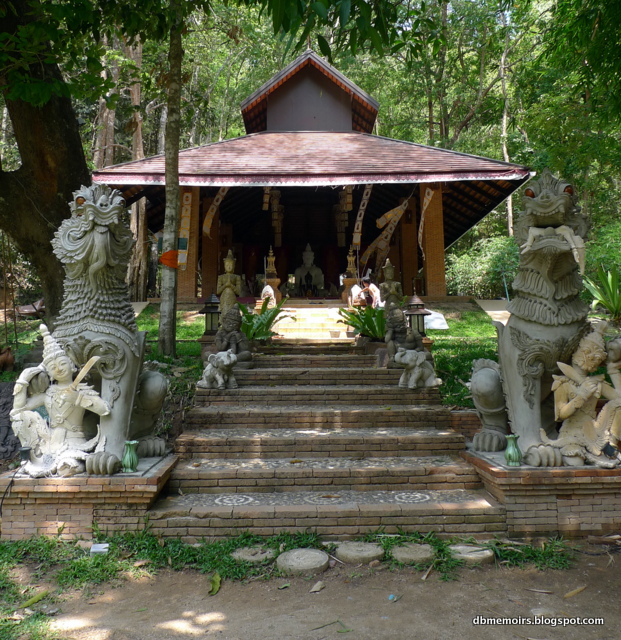 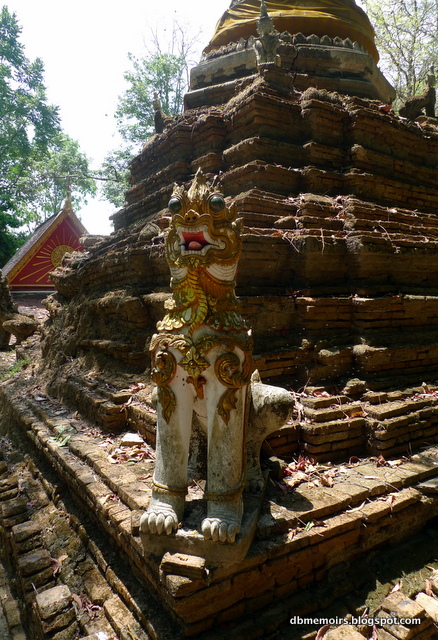 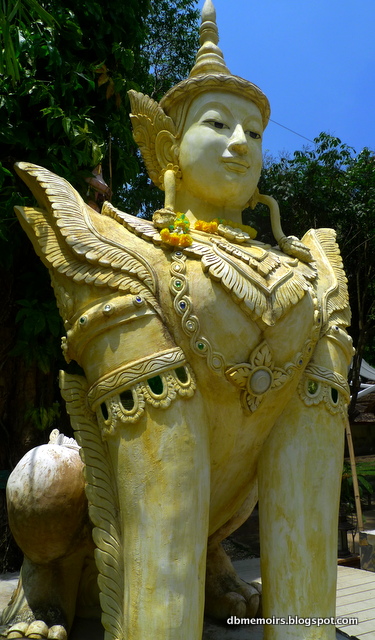 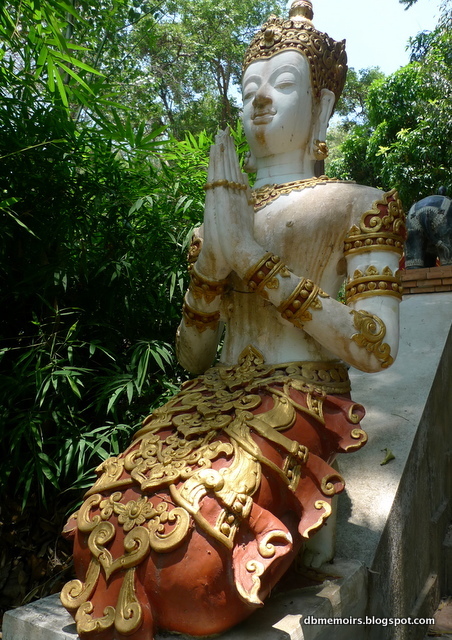 And then I looked closer and the most amaaazing details jumped out at me. This was what I love about Buddhism: a sense of humor and whimsy! 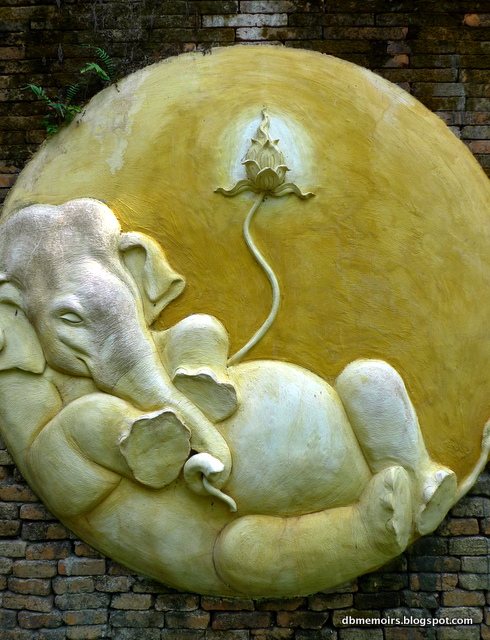 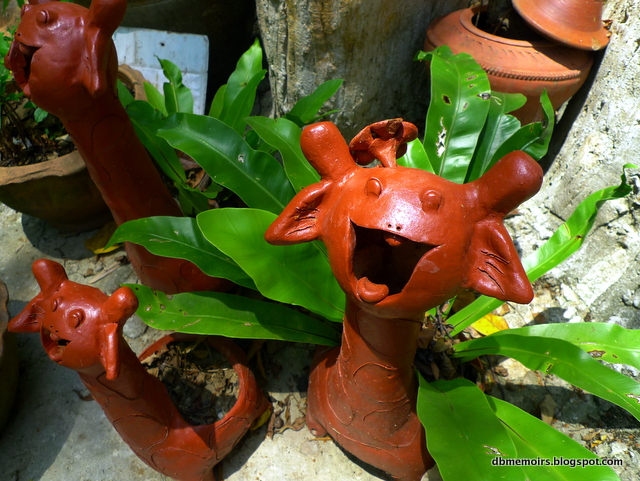 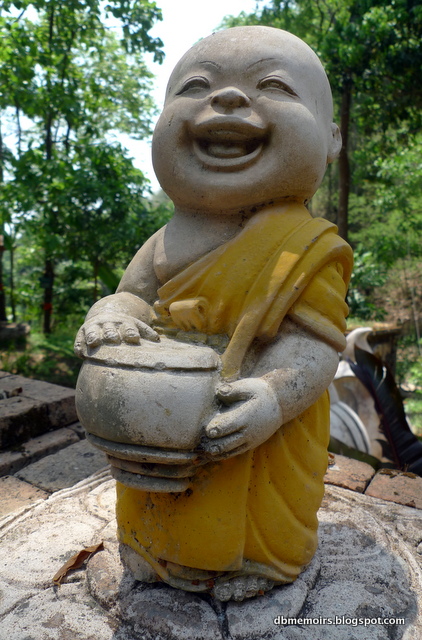 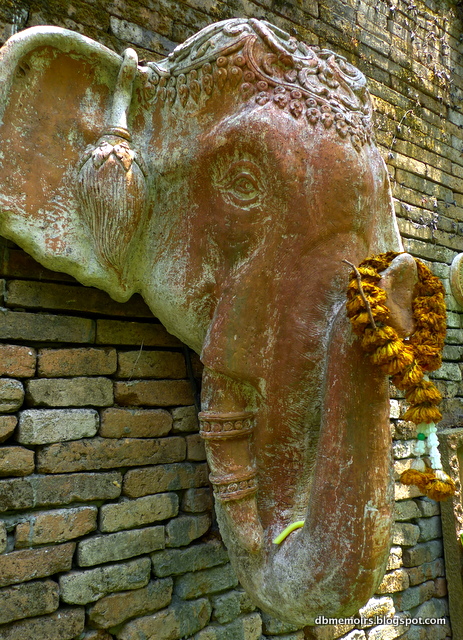 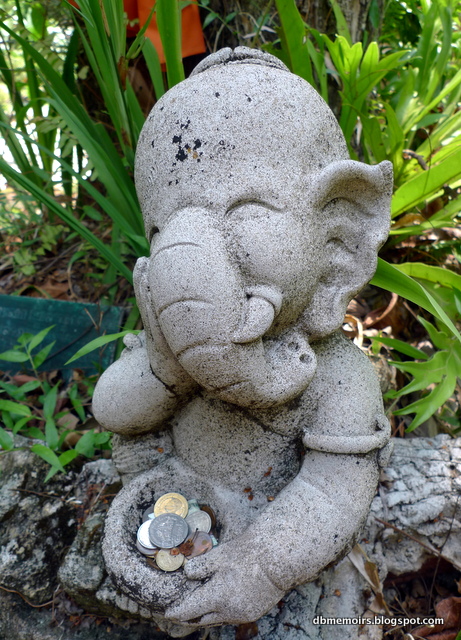 I realised that the temple grounds actually hug the side of a hill, and a mountain stream flows right through. There are many al-fresco spots where any pilgrim can just sit quietly, pray and meditate, and absorb good vibes. Wat Pha Lad gives meaning to the phrase "blending harmoniously with nature". 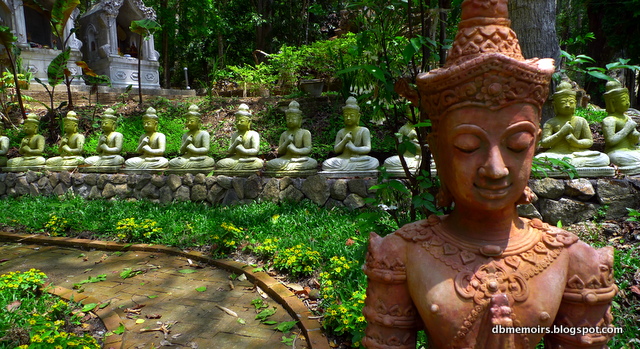 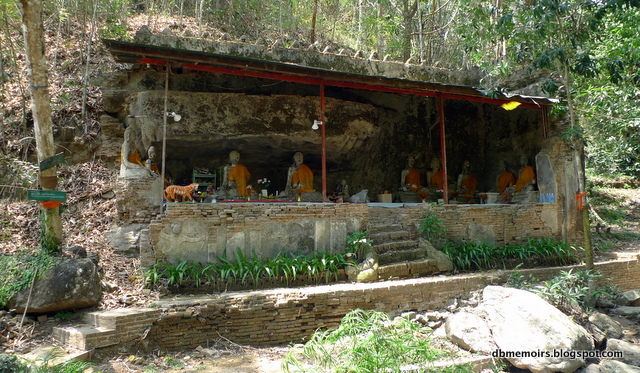 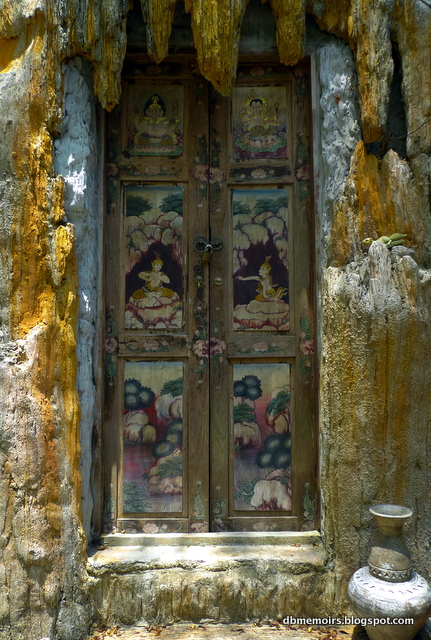 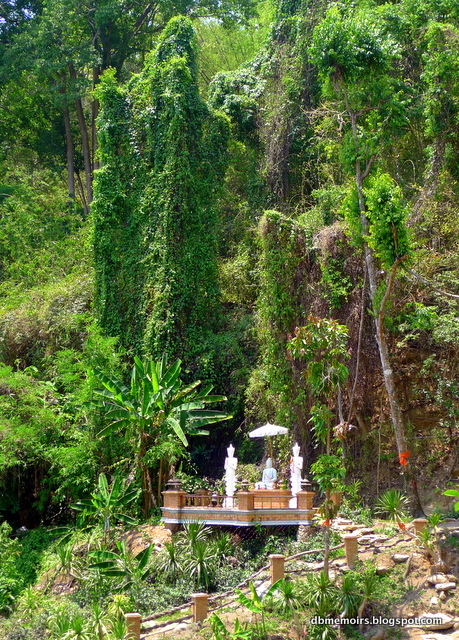 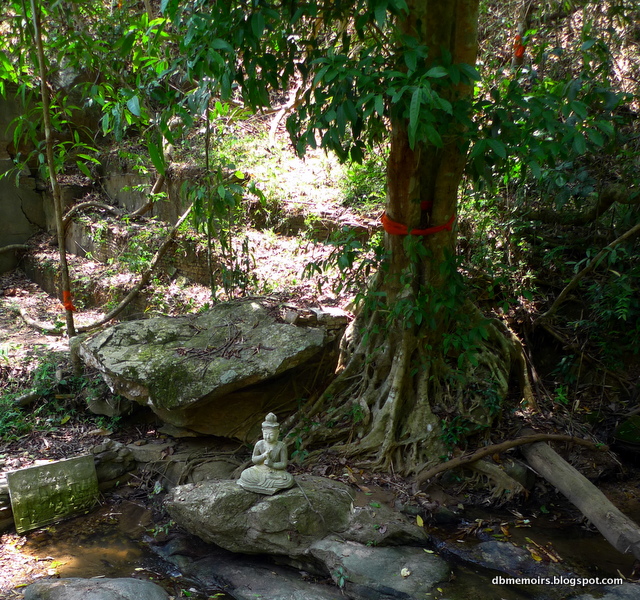 I am pleased to announce that this is the best temple I have ever visited. As the icing on the cake, it even has a magnificent view of Chiang Mai. The juxtaposition of the temple's rustic zen with the city's hustle and bustle will stun you into silence. Before you know it, you're solving the mysteries of the universe. 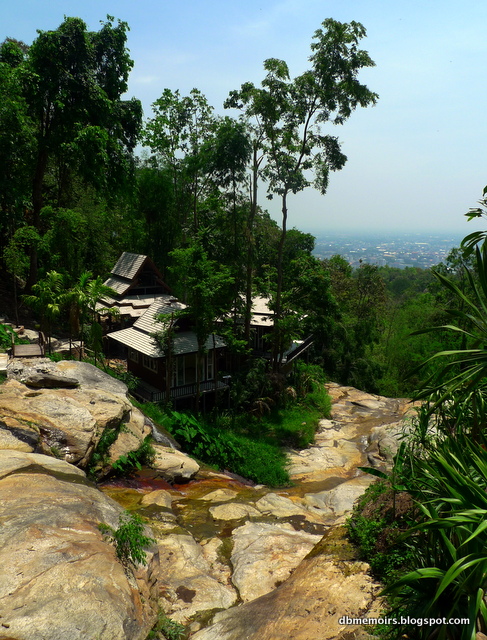 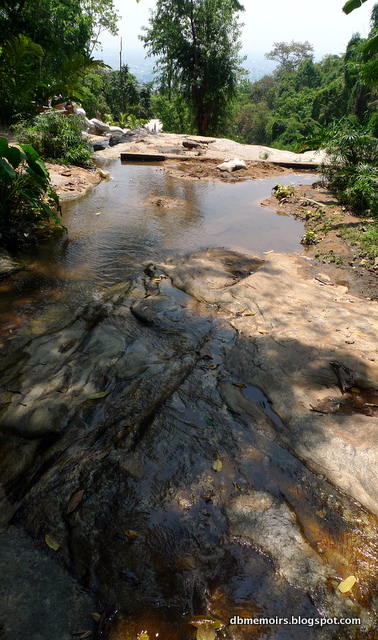 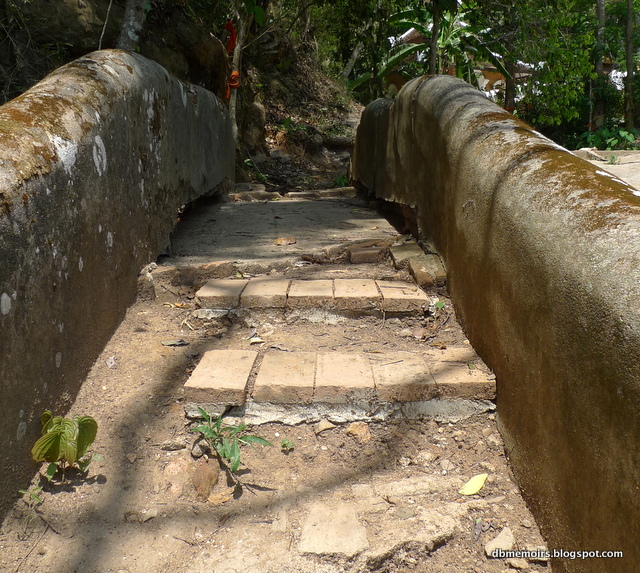 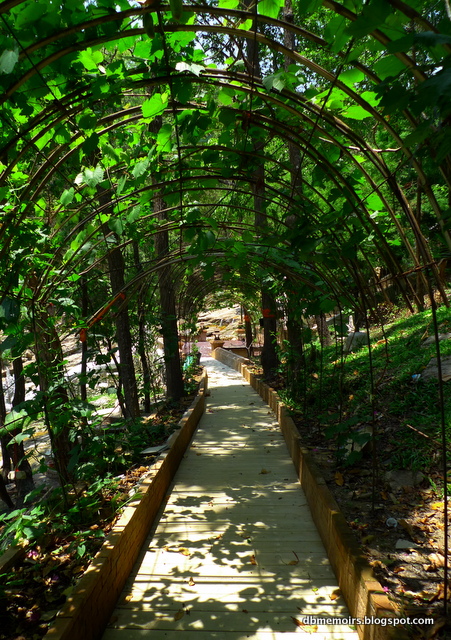 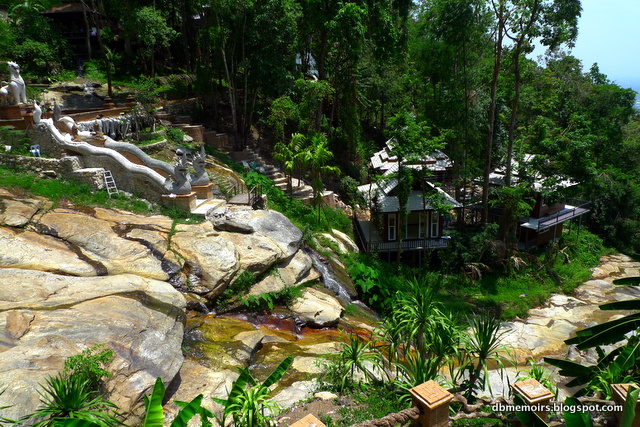 As we were leaving, I made out some little hand-painted signs nailed to the tree trunks. This one became my thought for the day. 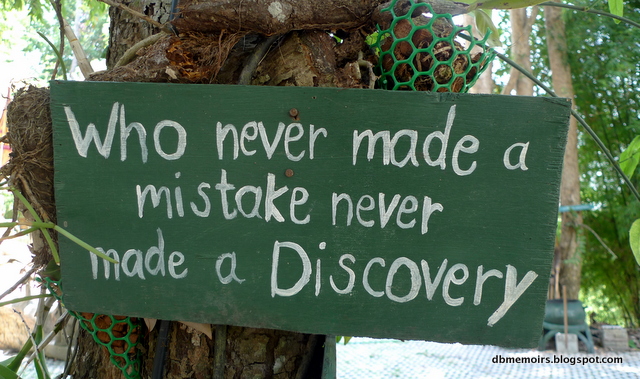 Now that was a worthwhile trip.
Posted by Unknown at 4:33 PM
Email ThisBlogThis!Share to TwitterShare to FacebookShare to Pinterest
Labels: chiang mai, southeast asia, thailand, travel