The Ati-atihan of Kalibo is first and foremost a religious festival. One that lasts about a week and is characterized by solemn and silent prayer in the mornings, and boisterous and drunken street-dancing the rest of the day and night.

From Wikipedia: "The Ati-Atihan Festival is a feast held annually in January in honor of the Santo Niño (Infant Jesus), concluding on the third Sunday, in the town of Kalibo, Aklan in the Philippines. The festival consists of tribal dance music, accompanied by indigenous costumes and weapons, and parades along the street. Christians and non-Christians observe this day with religious processions. The origins of the festival are found in a 13th-century event, when a group of ten Malay chieftains called Datus, fleeing from the island of Borneo, settled in the Philippines and were welcomed by the Ati people, the tribes of Panay Island. The Ati-Atihan was originally a pagan festival from this tribe practicing Animism, to worship their anito god. Spanish missionaries gradually added a Christian meaning. Today, the Ati-Atihan is celebrated as a religious festival and is a major social gathering for the townspeople." 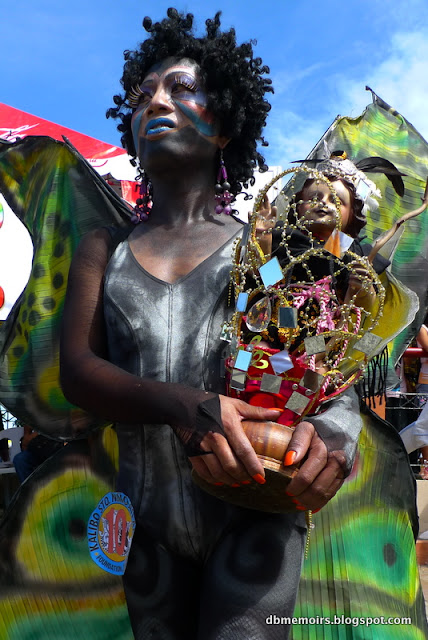 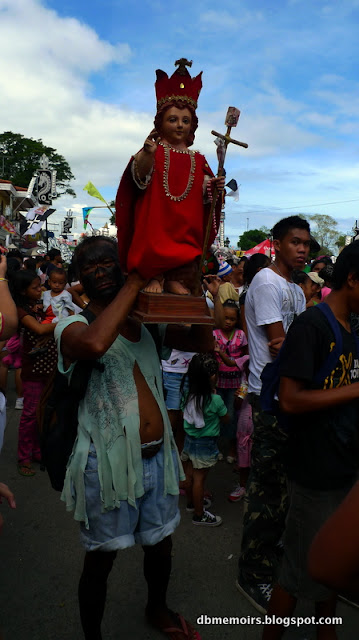 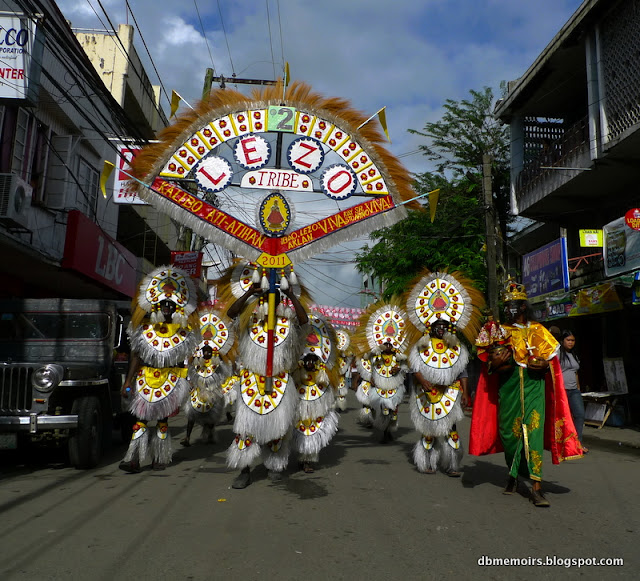 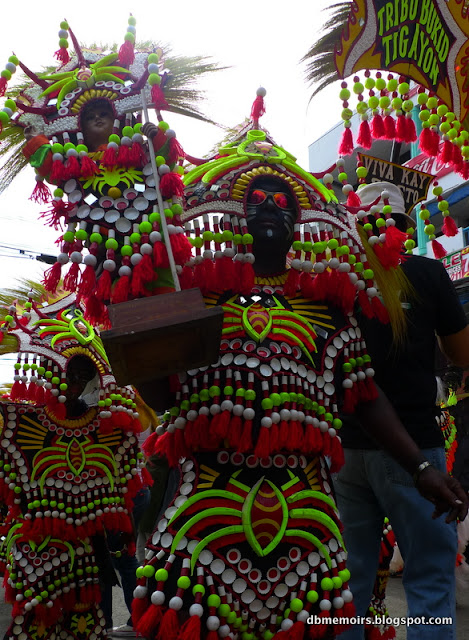 This guy should get the award for the most creative way of showing one's devotion to the Infant Jesus. Can you beat that? 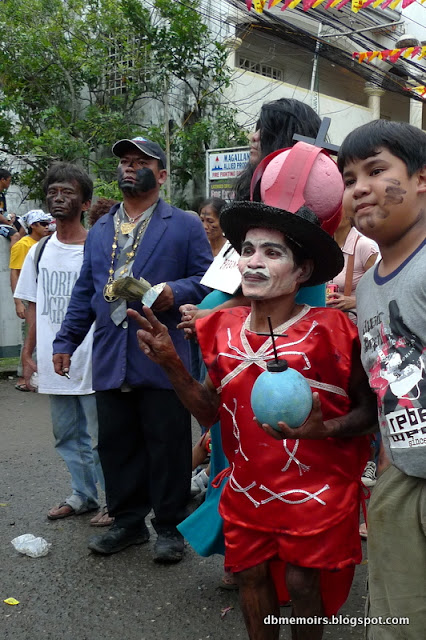 Just look at the crowds! 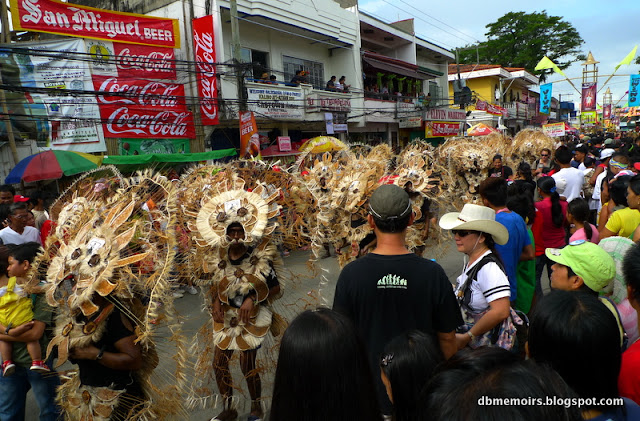 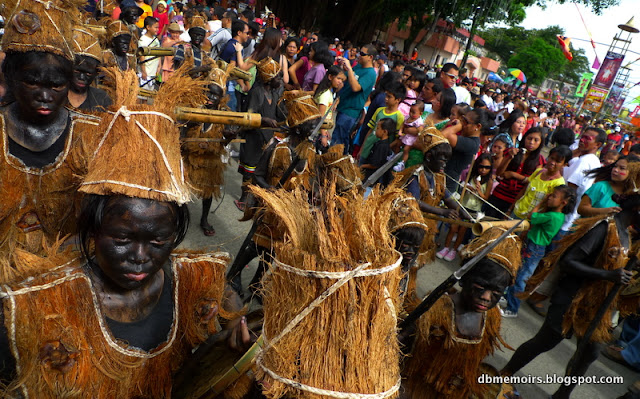 Many go back to Ati-atihan year after year, as a panata-- a kind of promise/ pilgrimage. And a few really go all-out with their costumes. 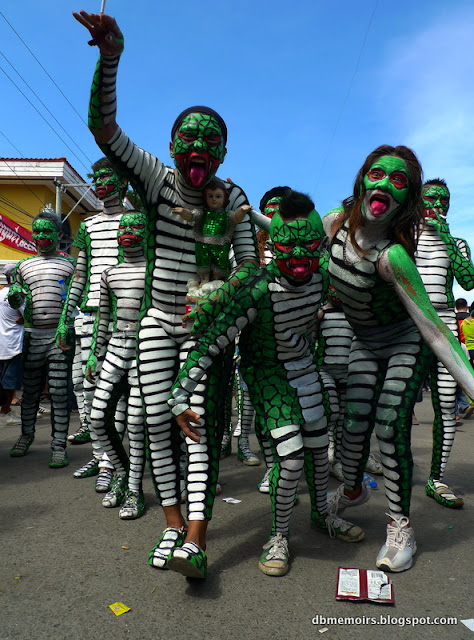 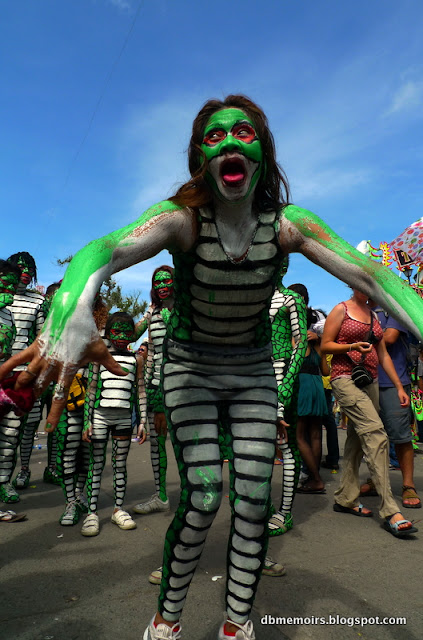 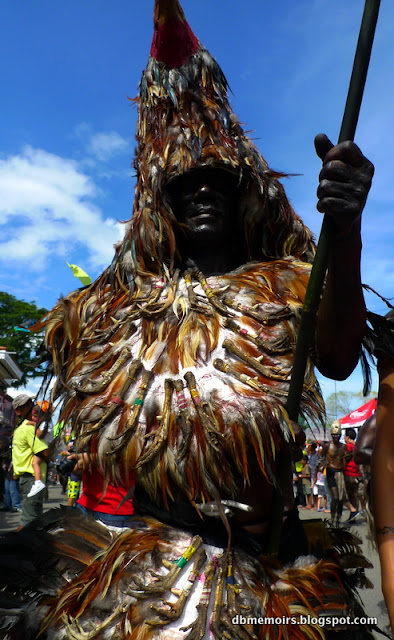 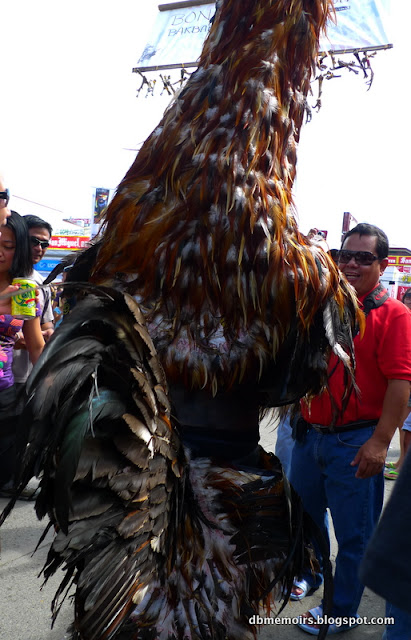 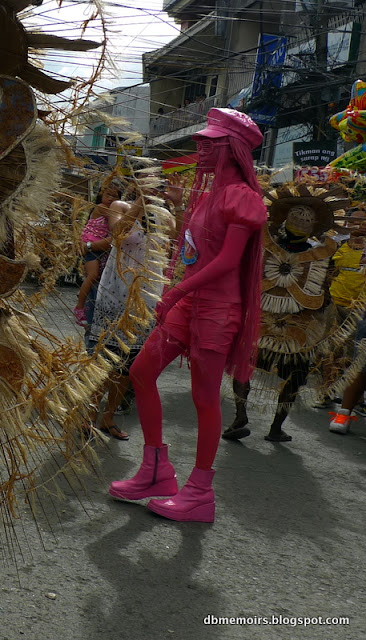 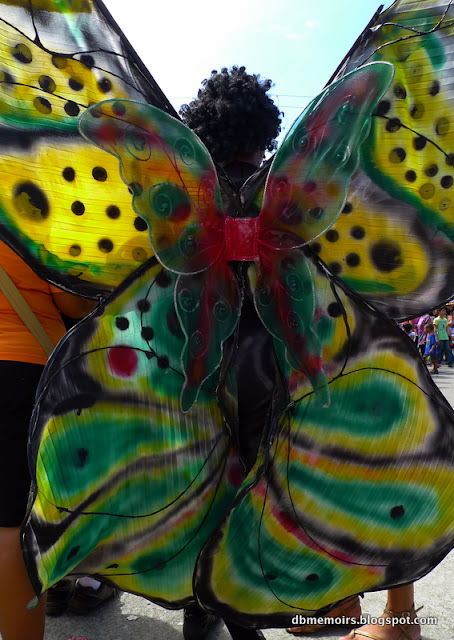 The last photo is the vivalicious butterfly-lady's wings. I'm sure it took a lot of work... and love.
Posted by Unknown at 10:21 AM
Email ThisBlogThis!Share to TwitterShare to FacebookShare to Pinterest
Labels: kalibo, lumix, lx3, panasonic, photography, travel