We didn't have to leave Camiguin until mid-afternoon and so we hired a multicab to take us to the sights we weren't able to visit the previous day because of the downpour. Including a ride to Benoni Pier to catch the ferry back to the city, we paid 1,200 pesos.

At 9AM, Ardent Hot Spring was practically deserted. 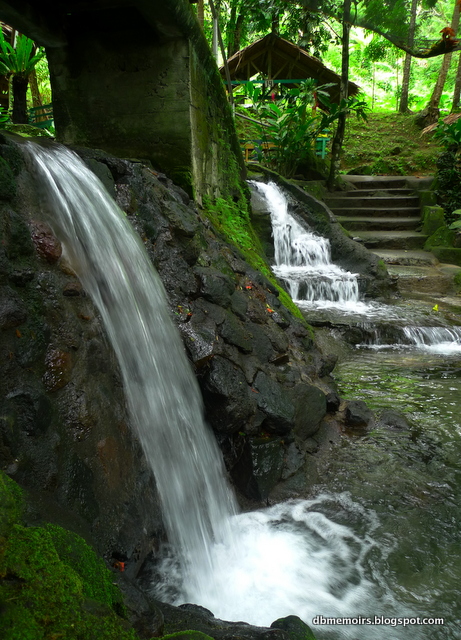 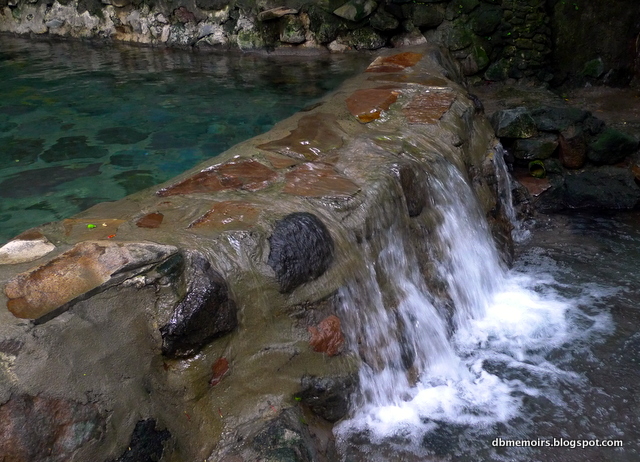 Some people like to bring their own food and eat at the cute little huts for rent, but that's too much work for us. We had breakfast at their restaurant instead. The longsilog set (sausage, egg, rice, coffee and juice) was not bad for only 130 pesos. 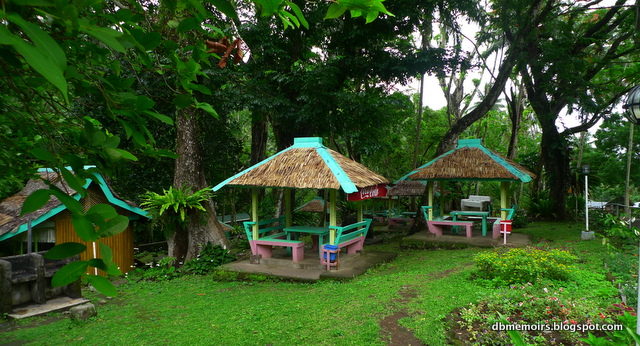 Ardent is also a resort. In-house guests get to stay in the candy-colored cottages and use the pools round the clock. But a day pass costs just 30 pesos per head. 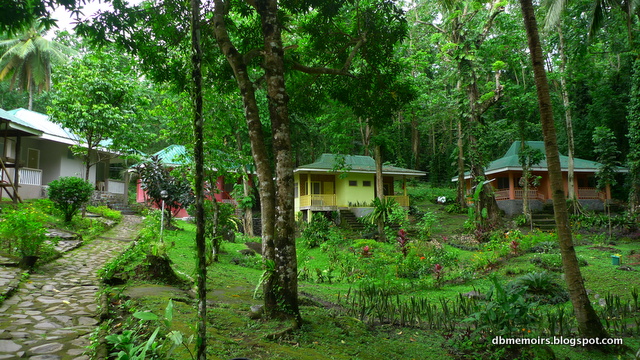 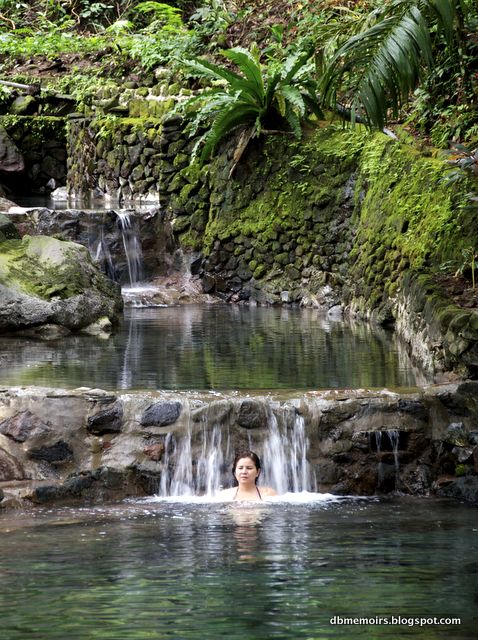 The water was not as hot as I expected, but still enjoyable and quite therapeutic. After a couple of hours, more people came in and the pool's four tiers started to get crowded.

For a quick lunch, we went to Kainan Sa Tulay, a small turo-turo (literally, "point-point" meaning you point at what you want and they serve it up) along the highway. We had fish, chicken, pork, rice, Coke and an exquisitely fresh vinegary seaweed salad that tasted of the deep ocean-- all for only 124 pesos. 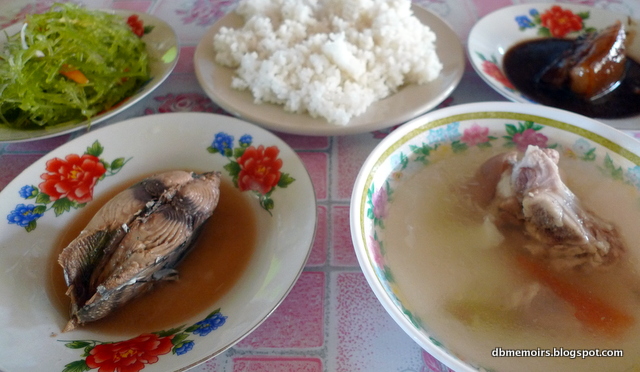 Our driver headed north towards the Sunken Cemetery. At first I thought that the memorial was a lighthouse. And then I noticed the fringing reef around it and realised that the area used to be above water. Notice the different shades of blue. 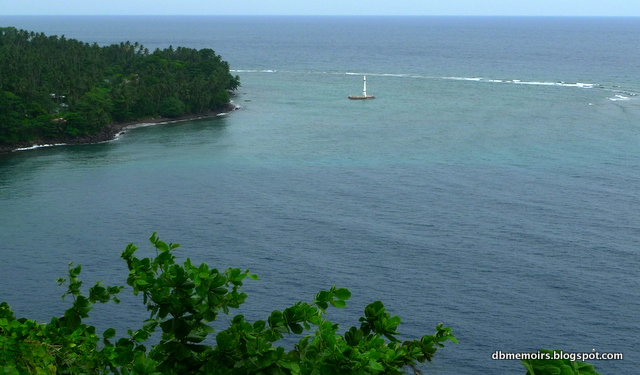 Maybe someday I'll go diving there. The fishermen said that the tombstones are covered with coral and barely visible now. 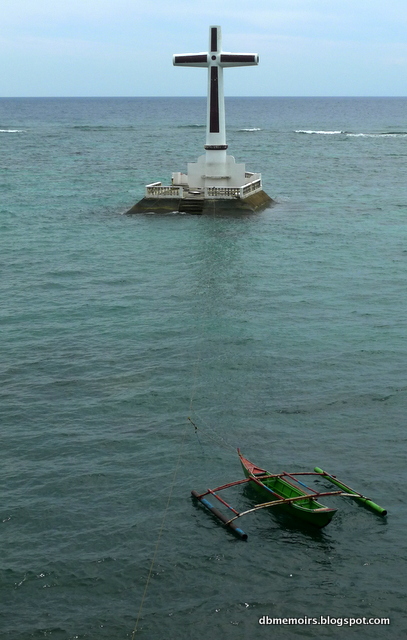 Our last stop was Guiob Church which was built in the 1600s and destroyed by a volcanic eruption in 1871. A new chapel was constructed within the walls of the ruins. 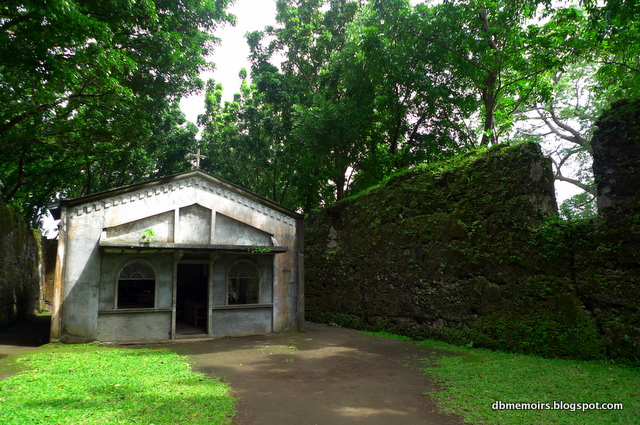 We saw what was left of the monastery and the bell tower... 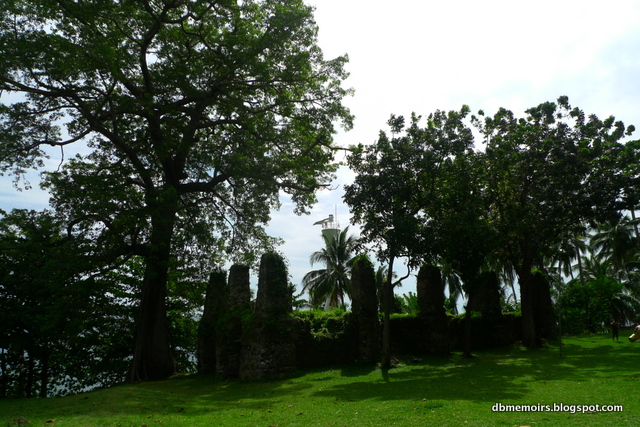 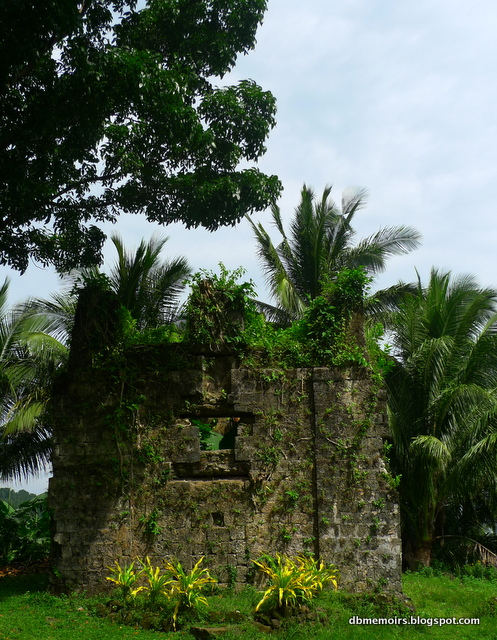 As well as the buttresses along the exterior of the church. These structures must have been massive. 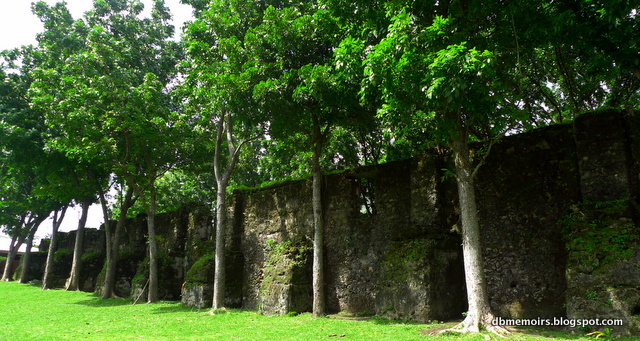 It was time to say goodbye to Camiguin. We were dropped off at the pier just in time for the 4PM Ocean Jet which goes directly to Cagayan de Oro-- only one trip a day. Not cheap at 600 pesos per person, but it was much faster and more convenient than the RORO to Balingoan. We didn't have to take the bus which meant that our total travel time was a shorter two hours, compared to our 4-hour journey to get to the island. 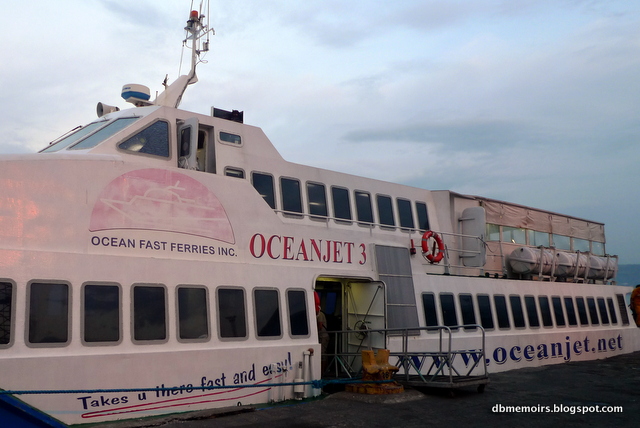 We arrived in Cagayan de Oro at sunset. Our flight out was 5:40AM the next day, so we just needed a place to crash. D'Morvie Suites definitely won't win any awards, but at 300 pesos for 12 hours with AC, cable TV and a private bath, I really couldn't complain. 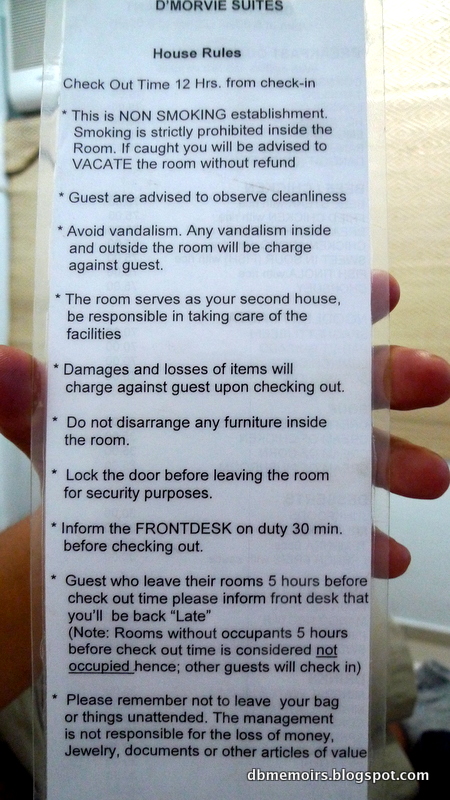 For more information about things to do and places to visit in Camiguin, visit Wikireena's blog.
Posted by Unknown at 6:19 PM
Email ThisBlogThis!Share to TwitterShare to FacebookShare to Pinterest
Labels: camiguin, food, mindanao, travel