the man from everest

When we were in Sagada, I mentioned to Mountain Boy that we were going to Legazpi City in a couple of weeks. He told me to get in touch with J.B. Anonuevo, a mountaineering friend of his who works as a guide. "He was a member of Team Everest. You must call him," he insisted. 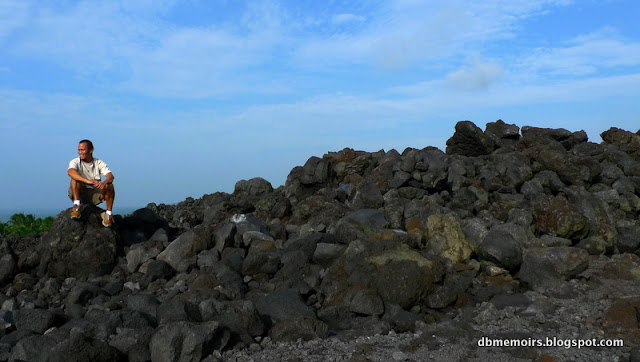 This was how our first conversation went:

DB: Hi JB! We are going to have one whole day in Legazpi. What do you recommend we do?

JB: Mountain Boy said that you might want to climb Mayon Volcano.

DB: Er, let's put it this way... During our trek to Big Falls in Sagada, we thought that we were going to die.

Anyhoo, J.B. picked us up from Vista Al Mayon Pensionne at 5AM on 25 June 2011 and we drove to Barangay Mabinit where the landscape was stark and alien, to say the least. 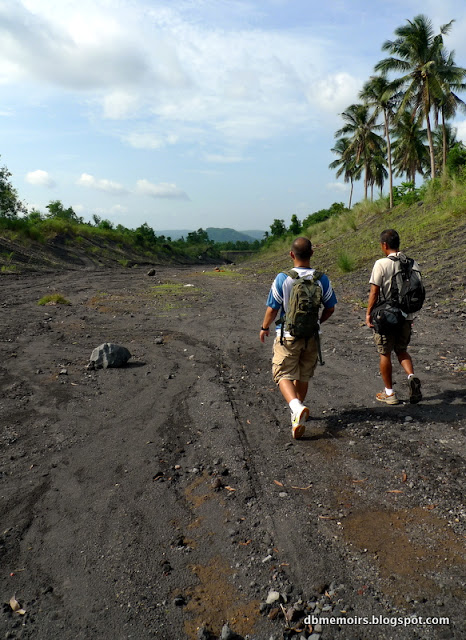 We were in a huge canal made of volcanic material. For an hour, we trudged through the soft black sand. During the rainy season, a raging river sometimes flows through the area. "Used to be lahar, but it's stable now," J.B. said reassuringly. "We've been planting a lot of pine trees here. Reforestation project." 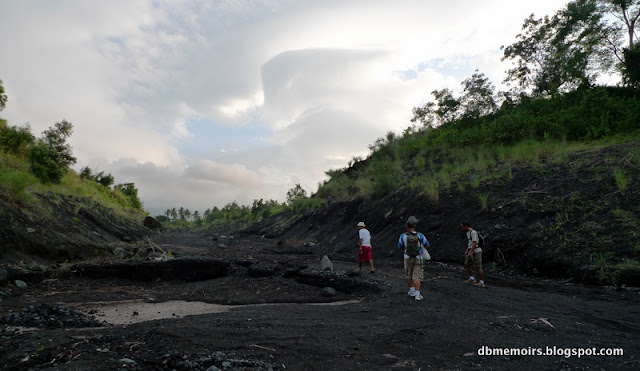 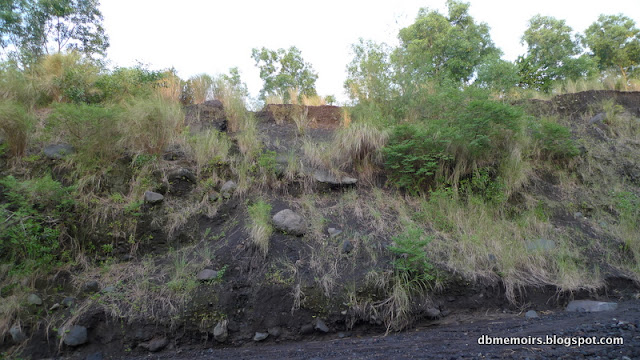 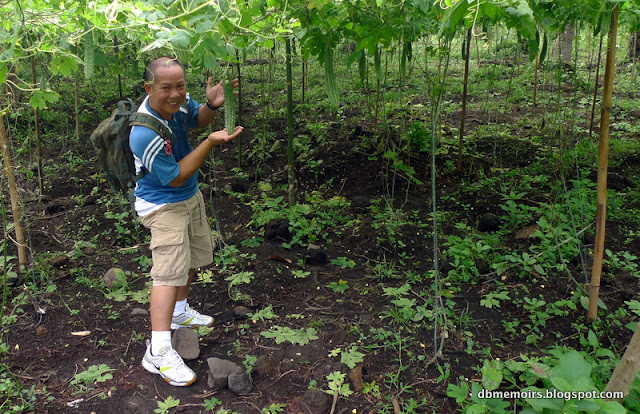 Avoiding booby traps along the way. 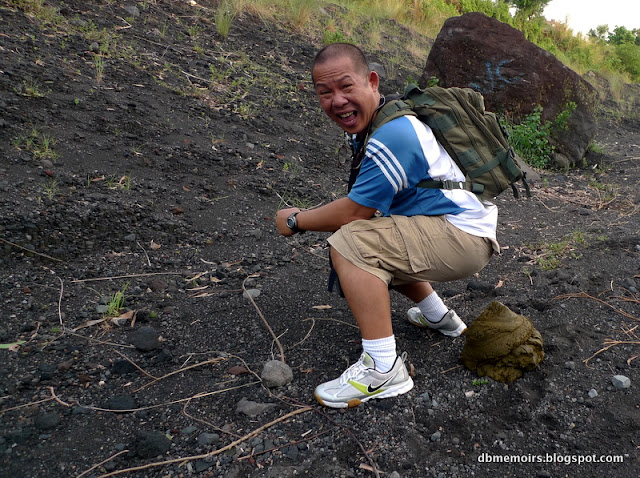 J.B. told us about being chased by military personnel while he was riding his bicycle here a few years ago. "The volcano was on Alert Level 3, meaning an eruption was imminent. But I needed my exercise."

It felt like we were a long way away from civilization. 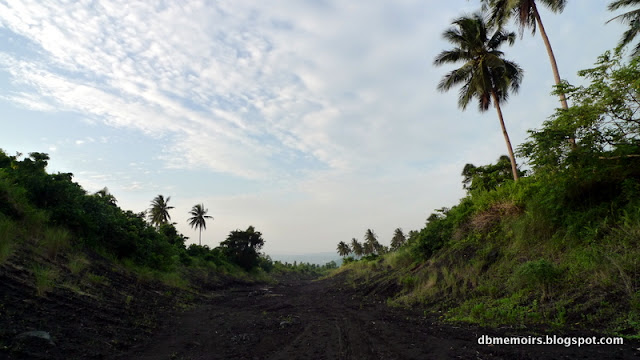 Suddenly, an enormous wall of boulders piled precariously on top of one another stood in front of us. It was a lava front. "We're climbing up that?" I asked, all breathless and enthusiastic. 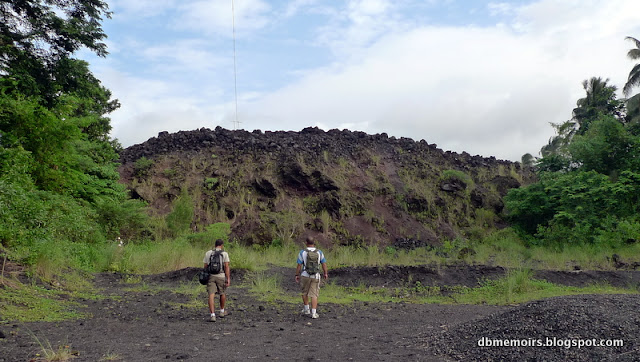 Here's something interesting about Mayon's lava front. Note the use of the word incinerate. 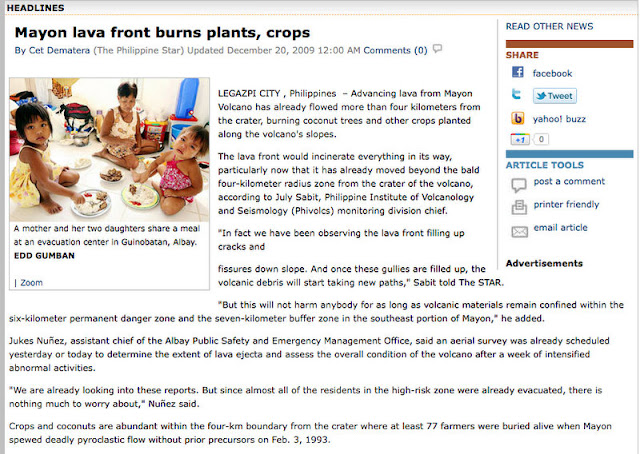 After going vertical for a while, we emerged on top of the heap, about 300 meters above sea level. 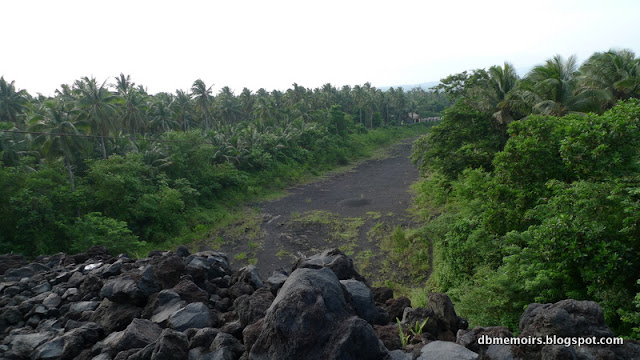 There was a freaking helipad on top of it. WTF. 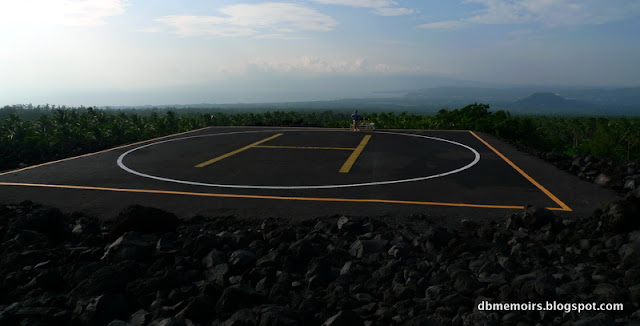 All around us were boulders that had spewed out from Mayon's crater. (I never thought I'd ever use the word spew in a sentence, but I guess it goes with incinerate, lahar and imminent eruption.)

The first time J.B. climbed up to the crater, he was 13 years old. He told his parents that he was just going camping. He clawed his way to the summit with an ice pick and his bare hands, and literally just a bottle cap-full of water.

I asked him about Everest. He said, "I joined Philippine Team Everest because it sounded like a good idea-- getting a group of Filipinos from different social backgrounds and religions together, to achieve the same goal, to prove that we can be united in something. I didn't reach the summit. It was never my ambition to do so. I was part of the support team. I stayed at base camp and watched people lose their fingers around me." 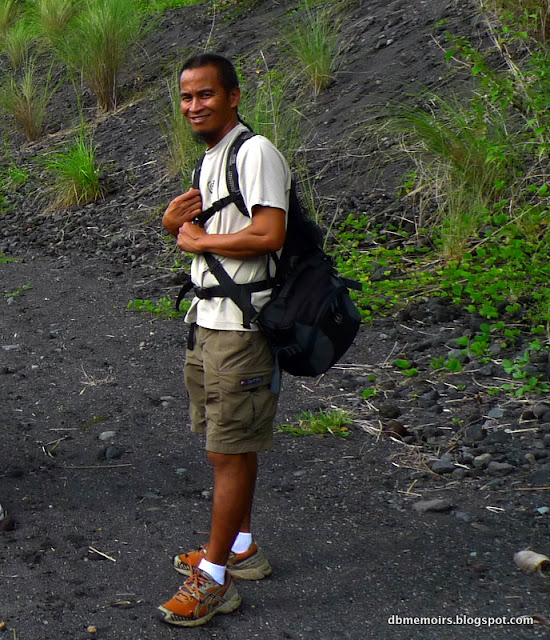 While the rest of the team was acclimatizing, J.B. climbed up and down Everest from base camp to town multiple times, to make phone calls or to buy supplies, smoking cigarettes all the while. If only to hear his stories, you MUST call him when you're in Legazpi.