around albay in a day

OK, that title is a bit of an exaggeration. I'm sure that we barely scratched the surface of the province of Albay, but it sure felt like we saw most of it. Actually, we just drove all the way around the humongous Mayon Volcano.


After visiting the lava front on the outskirts of Legazpi City, we drove to Santo Domingo, to a barangay that was literally swept away by Mayon's lahar brought on by Typhoon Reming in 2006-- an event so catastrophic and tragic that the locals couldn't avoid mentioning it in casual conversation.

We ate some really nice bulalo soup at a roadside place and then proceeded to Tabaco City (where nobody grows tobacco) to see Busay Falls... 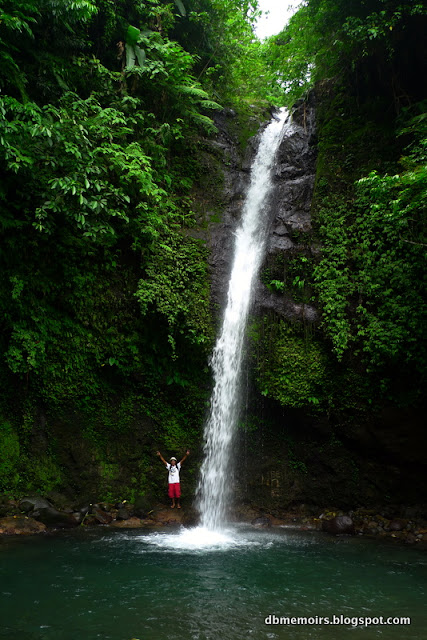 As well as their very cool black-and-white church of San Juan Baustista, completed in 1879... 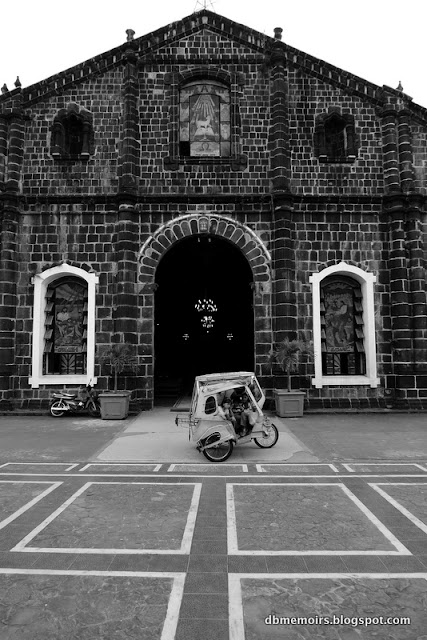 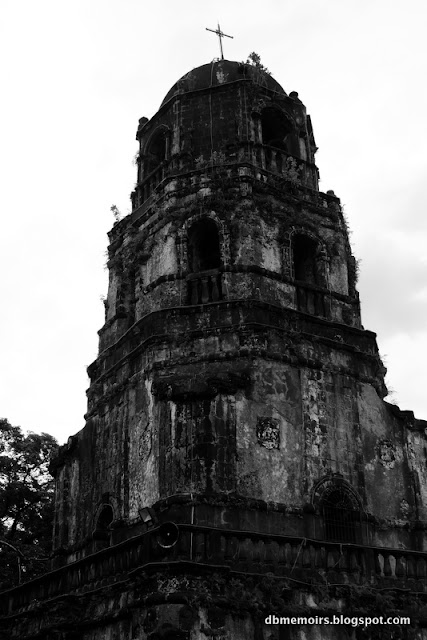 And their equally cool graveyard. 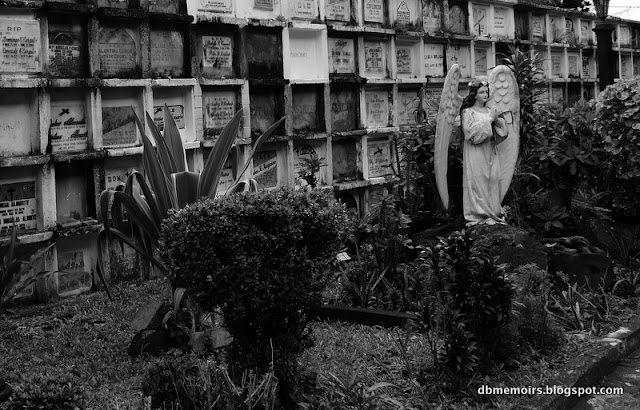 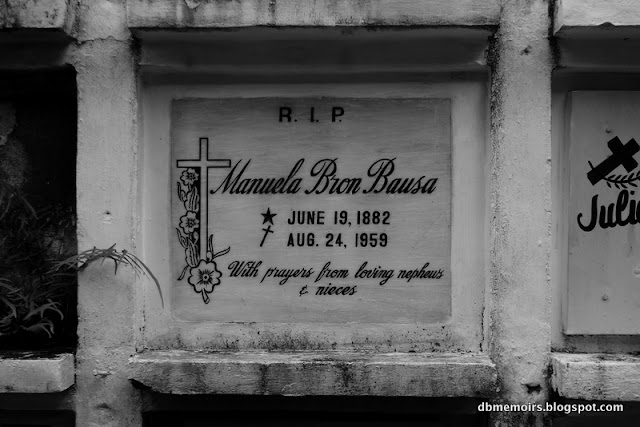 We drove through the picturesque coastal highway, where one can see the Caramoan Peninsula on a clear day. Stopped briefly at Joroan church, the alpha and omega of the yearly procession of Nuestra Señora de Salvacion.

We made a pit stop at Tiwi's DJC for some halo-halo topped with grated cheese, and toasted siopao on the side. 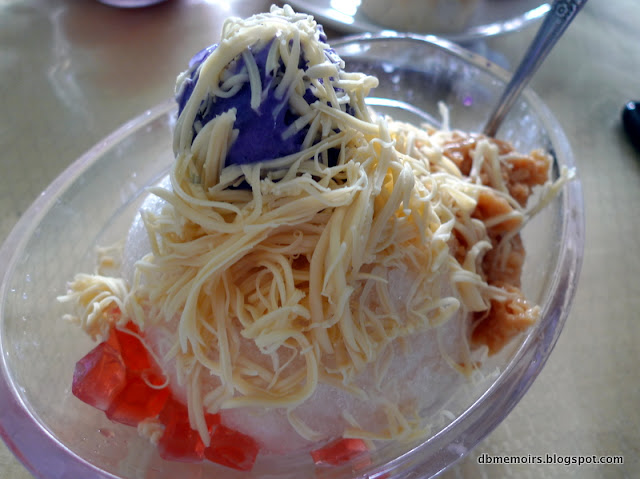 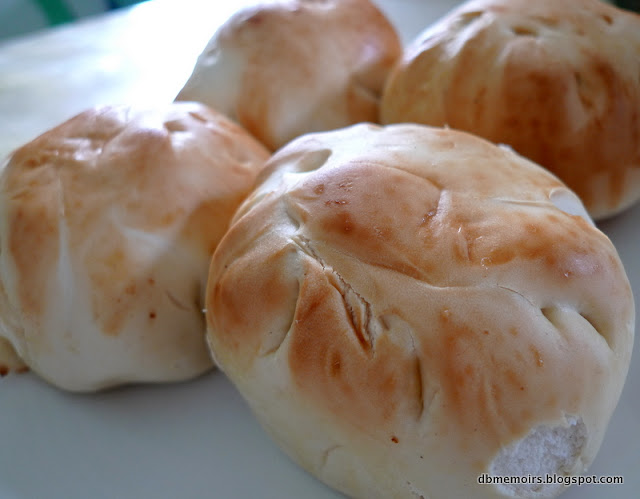 It's a small, small world. Somewhere in Albay, we met our long-lost friend Easy Rider and his motorcycle buddies. They had ridden all the way from Manila on their Ducatis. That's over 500 kilometers in a single day. 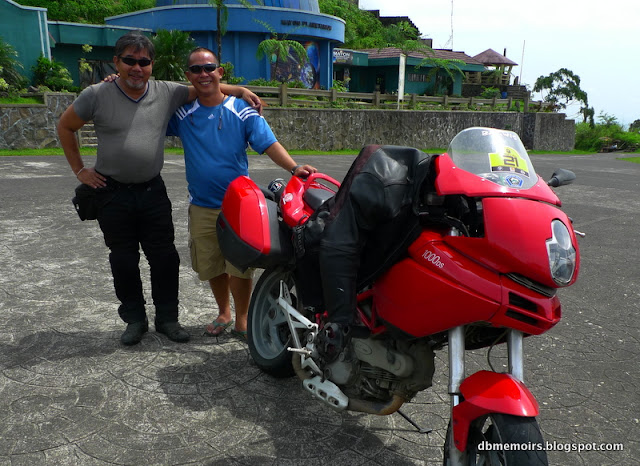 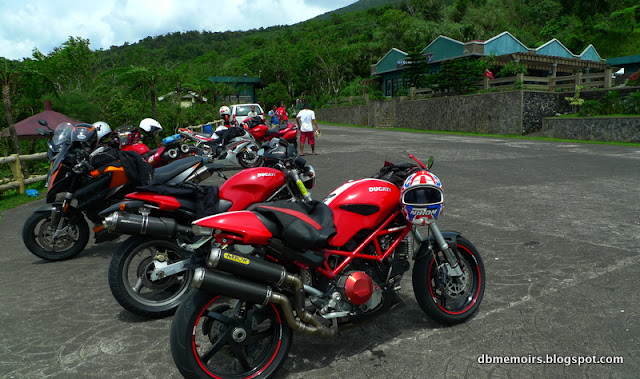 Ah, toys for the big boys. 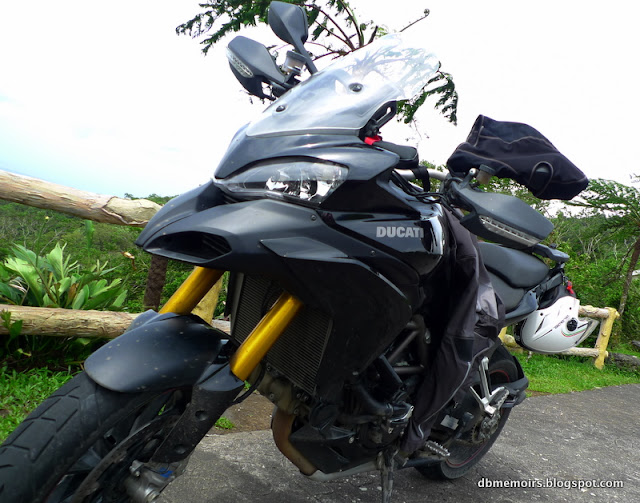 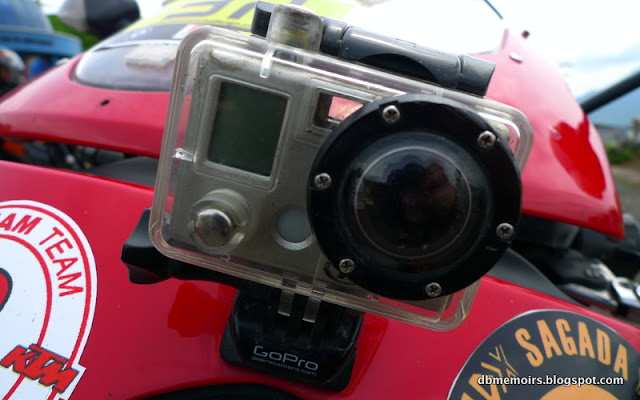 We just had to drop by Letty's in Camalig to buy some pili nut candy. The pili yema (custard balls) in the colorful wrappers were incredibly addicting. 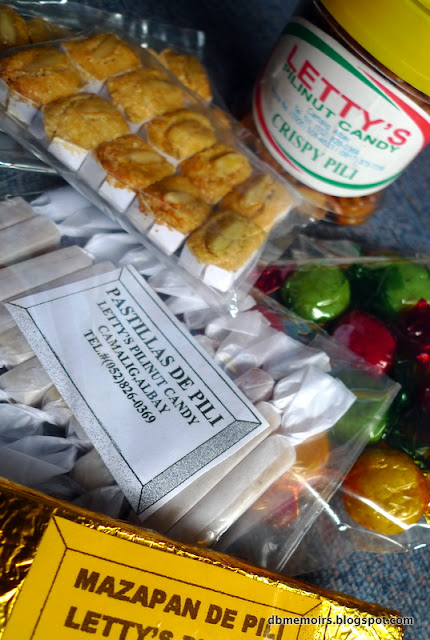 The "Magayon Trio", composed of Mt. Malinao, Mt. Masaraga and of course, Mt. Mayon, had their heads in the clouds that day. 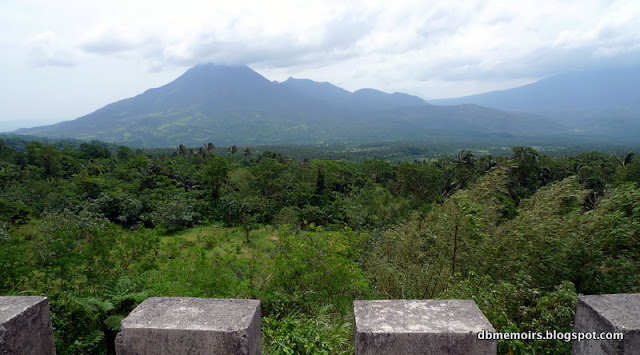 I felt that a visit to Cagsawa would be pointless because without Mayon, what's there to see? But a tour of Albay would be incomplete without kodakan at the world-famous Cagsawa Ruins. At least the bell tower made a good subject. (And I bought some souvenirs there.) 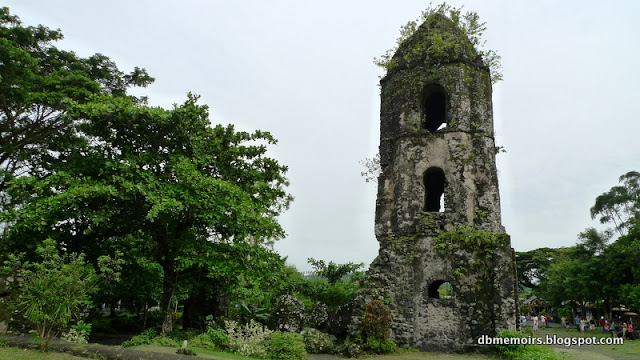 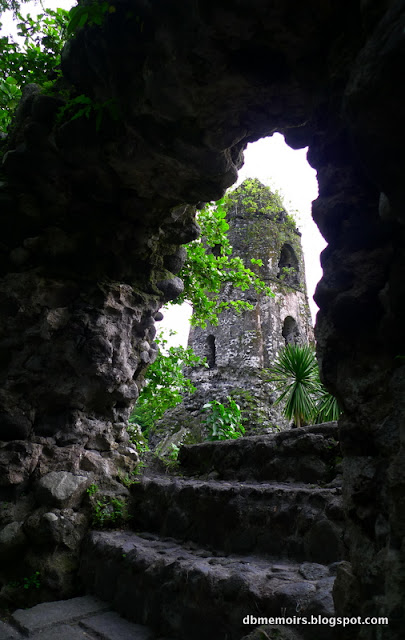 This is what it used to look like before the volcanic eruption of 1814.


We went to the Church of Our Lady of the Gate on a hilltop in Daraga, but we didn't take pictures because we had lost the light, and besides, there was a lot of restoration work going on and it didn't look nice. The Seven Degrees restaurant next to it is worth a visit next time. Imagine having a cold beer at sunset with an unobstructed view of Mayon.

Due to our driver's insistence, we ended our day at Legazpi Boulevard, which turned out to be Legazpi's best-kept secret. It's a feat of engineering which made the most of the wonderful natural scenery of the area. It became our vantage point and photo site the next morning, when Mayon finally decided to show us her lovely face. 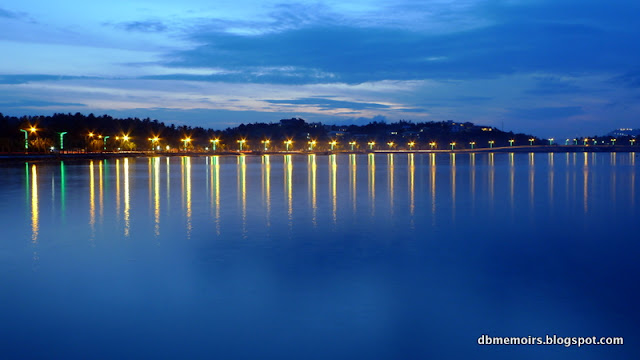 We had us a good day.
Posted by Unknown at 5:29 PM
Email ThisBlogThis!Share to TwitterShare to FacebookShare to Pinterest
Labels: albay, bicol, food, legazpi, travel