It's happened again! And now I have to blog about it since I can't continue reading the book-- I'm stuck. I shake my fist at you, Jerry!

I'm reading "Raise High The Roof Beam, Carpenters". It's really a story about Seymour Glass, although so far he has not made an appearance in it yet. (I am on page 72.) It is said that J.D. Salinger had an unhealthy obsession about the Glass family, this marvelous cast of characters who star (yez, star!) in so many of his books and stories. He allegedly could not stop writing about them, but with characters like them-- especially Seymour and Buddy, Franny and Zooey, Boo Boo's son Lionel, Bessie the Mother-- why would anyone want to stop writing about the Glass family?

(Note the italics. It's quite contagious.)

Seymour wrote in his diary, about his fiancée Muriel whom he stood up on their wedding day:

"Oh, God, I'm so happy with her. If only she could be happier with me. I amuse her at times, and she seems to like my face and hands and the back of my head... And I think she feels a mixed maternal and sexual drive in my general direction. But on the whole I don't make her really happy... My one terrible consolation is that my beloved has an undying, basically undeviating love for the institution of marriage itself. She has a primal urge to play house permanently."

Upon reading this, I literally caught my breath. The thunderbolt! I continued reading:

Isn't that a terrifying and exquisite truth? Let's bask in it for a while. 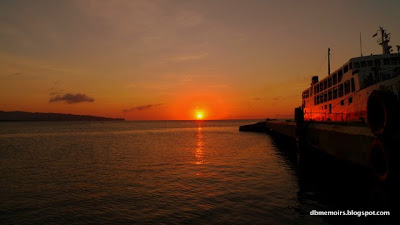 By the way, I learned how to spell "goddam" correctly from J. D. Salinger's "Catcher In The Rye".
Posted by Unknown at 4:48 PM
Email ThisBlogThis!Share to TwitterShare to FacebookShare to Pinterest
Labels: books