kalui: once is not enough

Kalui is undisputedly the most popular restaurant in Puerto Princesa right now. A week before our trip to Palawan, I already decided that we should eat there because of a number of positive reviews on tripadvisor, but I was surprised that even all the locals we talked to recommended it.

In fact, we went twice. The first was for dinner when we arrived on 8 October 2012, and I had such a good time that I immediately made a reservation for lunch on our last day, 11 October 2012. 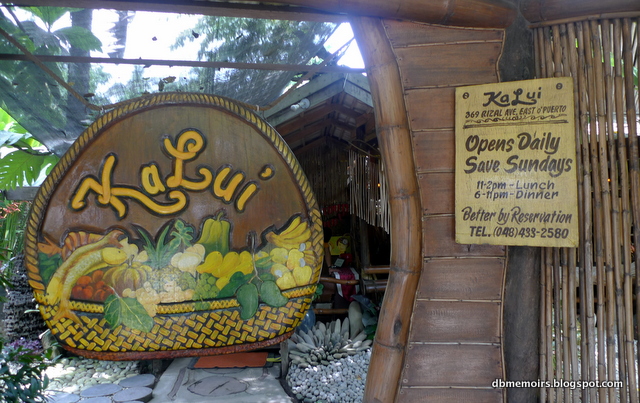 Yez, it really is "better by reservation", especially for dinner. They have two seatings, 630PM and 830PM, and the place was jam-packed for both on a Monday evening. Lunch is not as busy and of course, much better for photographs.

While waiting for our table, I noticed the idiosyncratic Polynesian-tinged landscaping. I liked the quirky yellow ducks, the giant heliconias are the biggest I've ever seen in my life, and the water features are strangely unobtrusive. Maybe I can do something like this around my house... 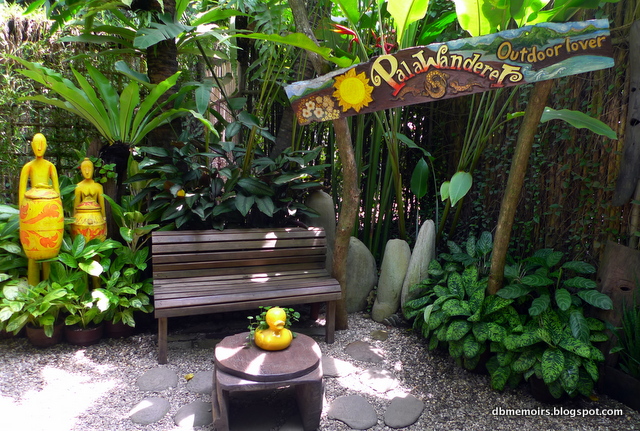 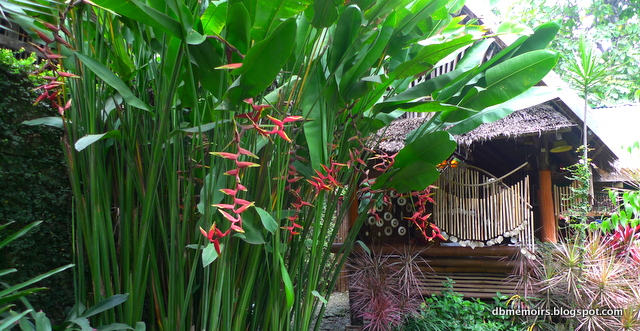 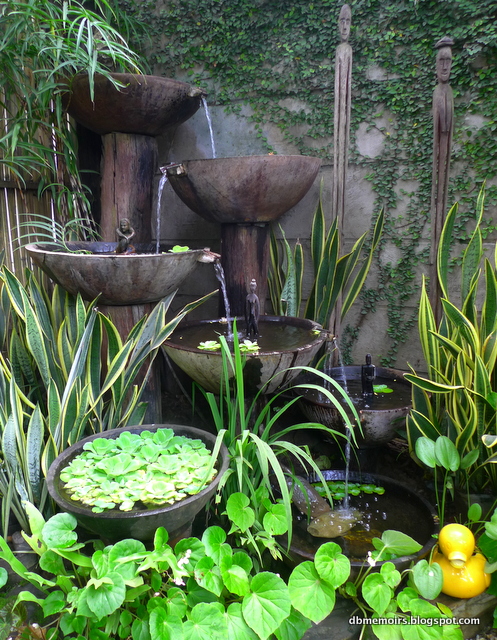 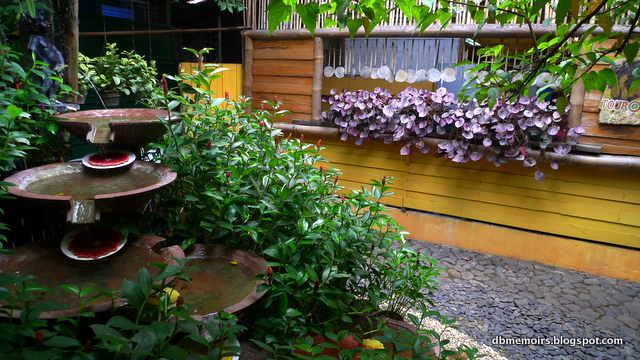 The restaurant interior is filled with marvelously borderline kitschy pieces which somehow work together. Kalui reminds of Café Juanita in Pasig City, but it's way nicer. Being an open-air restaurant, it feels uncluttered and light even though practically every square meter is meticulously decorated. 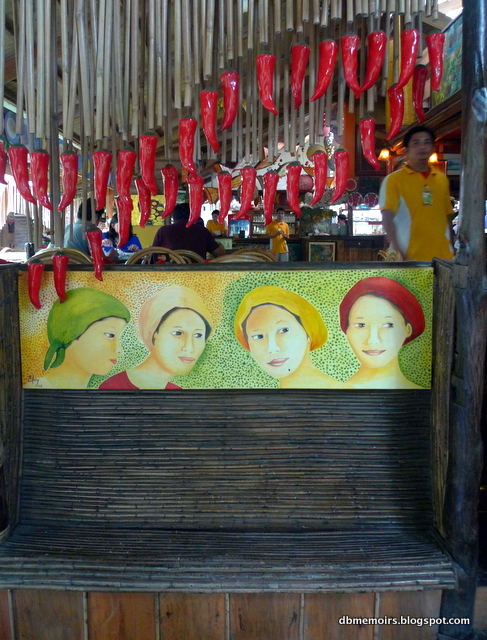 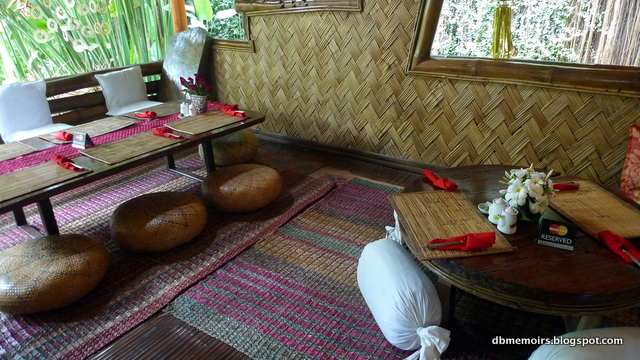 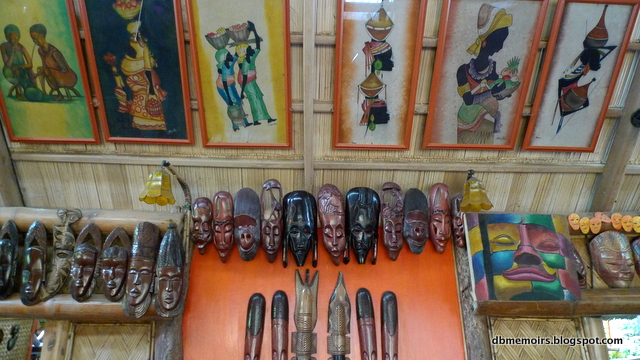 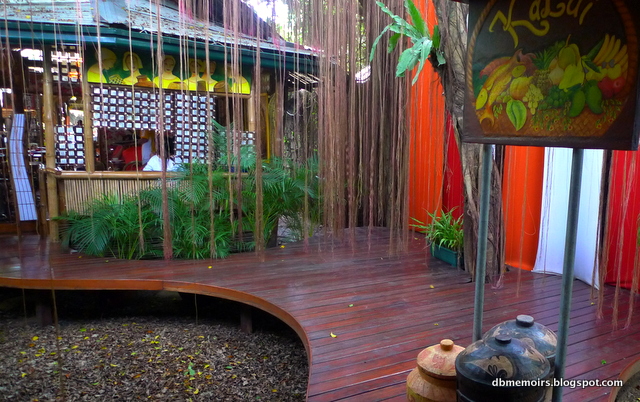 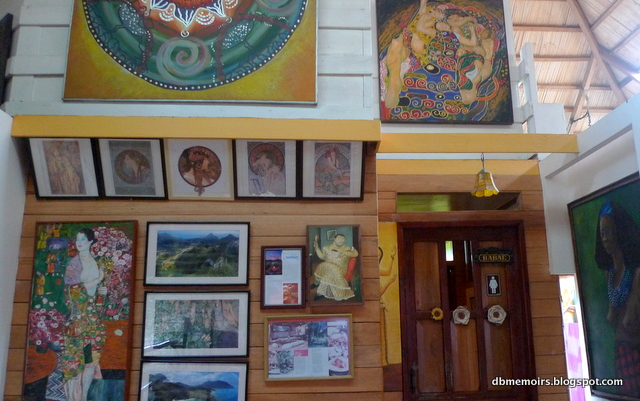 I'm glad that I got to see it both during the daytime and at night. Daylight allowed me to appreciate all the little details. In the evening, it's cozy but a bit dark-- not a bad place for a romantic date, actually.

During our first meal at Kalui, we had the "Kalui Special of the Day Set". It's an excellent deal for only P435+ (US$11.50) for two. Instead of what's printed on the menu--depends on what's available at the market, I guess-- they gave us a simple seaweed salad, the same vegetable soup, two grilled tuna steaks, a whole steamed lapu-lapu with black bean sauce, three good-sized prawns with fresh tomato sauce, stir-fried kangkong, rice and a fruit bowl for dessert. I also ordered the Tubbataha salad and a calamansi-ginger shake. Except for the soup (I feel bad about complaining since it's free, but seriously, it could be improved) and the overcooked prawns, I enjoyed everything. Hence the decision to eat there again.

Verdict: Based on the two meals that I had at Kalui, I would definitely recommend it to anyone. Get either the "Choice Catch" or the "Kalui Special of the Day Set" as they seem to make more sense, price-wise. Order the eel if you like eel, or even if you think you don't. The eel skin was especially delicious. They do fish exceptionally well at Kalui-- raw or cooked, you can't go wrong-- but the lobster, like the prawns previously, was woefully tough and rubbery. The squid was just OK, although it looked beautiful on the plate.

But above all, you must have the Tubbatha salad and a fresh fruit shake, preferably something with ginger to clear your throat and sinuses. I would go back to Kalui just for these two items.

Kalui is not exactly cheap but the quality of the ingredients (even faulty cooking technique could not overcome the loveliness of the crustaceans), the unique ambiance and the efficient service are worth the trip. Is it the best restaurant in Puerto Princesa? I don't know yet. I'll have to go back and try some more. 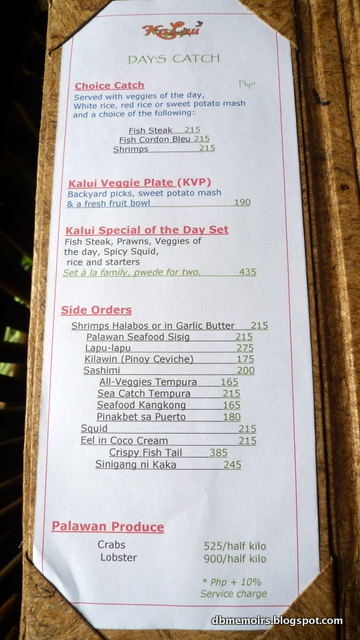 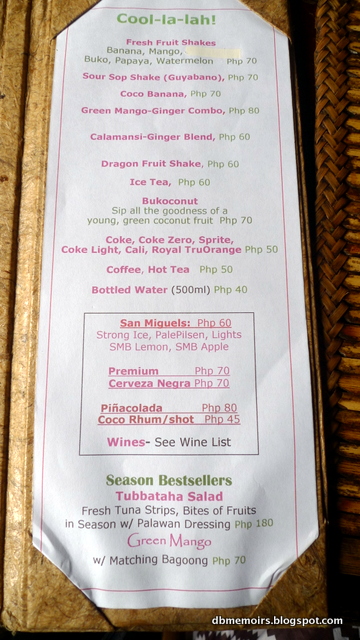 Kalui is located along Rizal Avenue in Puerto Princesa City. It's not far from the airport and a mere five-minute walk from our B&B, One Rover's Place. Don't forget to make a reservation. Their contact details are on their website.
Posted by Unknown at 5:33 PM
Email ThisBlogThis!Share to TwitterShare to FacebookShare to Pinterest
Labels: food, palawan, puerto princesa, travel