one day in macau

So what were we doing in Macau anyway? My mother wanted to watch The House of Dancing Water.

I bought our "A Reserve" tickets a month in advance from their website: HK$880 for adult, HK$790 for senior citizen (total US$215 for the two of us). I have to say that this show was way better than either of the two Cirque du Soleil productions I've seen. I'd recommend it to kids of all ages. 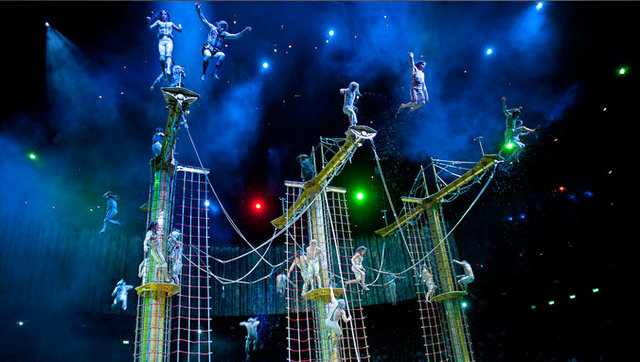 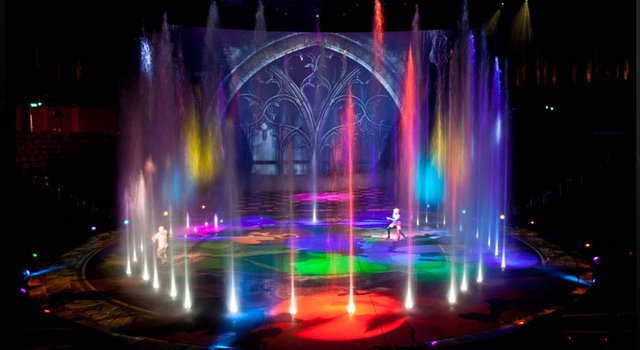 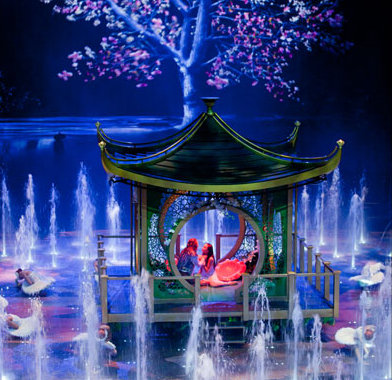 Actually, I could have gotten a cheap package online which included the show and round trip ferry tickets, but Ma preferred to buy everything separately. Our Turbo Jet ticket from Kowloon to Macau cost HK$266 (about US$35) per person for super class. The price included a lunch tray. The ham and cheese sandwich looked and tasted like a plastic chew toy, but the taho (beancurd pudding) was silky, refreshing and had just the right sweetness.

Coming back from Macau that same evening, we got economy tickets for HK$174 (US$22.50) per head. No food, but it didn't matter since I just conked out for the entire one-hour trip. 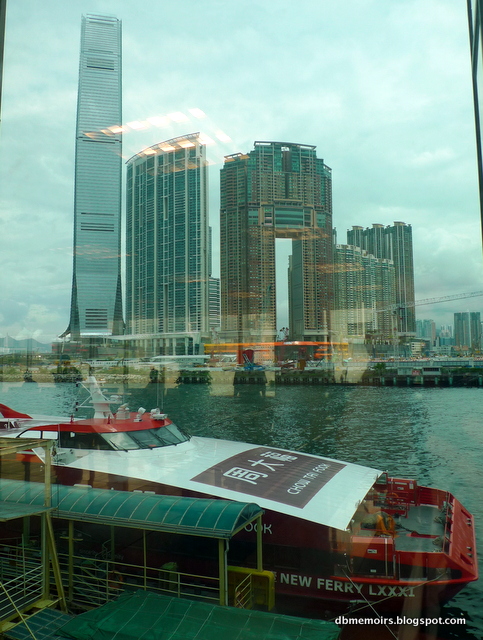 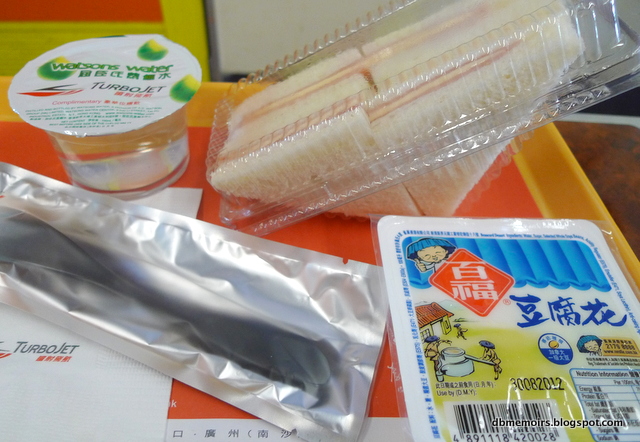 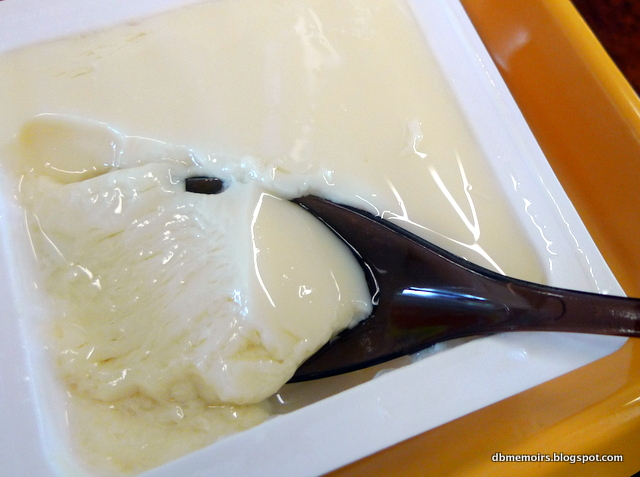 The truth is, as soon as the word "Macau" left Ma's lips, I immediately called Robuchon au Dôme to make a lunch reservation. And then I booked the 5PM show so that we would have plenty of time for a long and leisurely lunch.

Every hotel and casino in Macau offers a free shuttle service to and from literally anywhere in the territory. We arrived in Macau at 1230PM. From the ferry terminal, we rode the complimentary coaster to the Grand Lisboa Hotel. 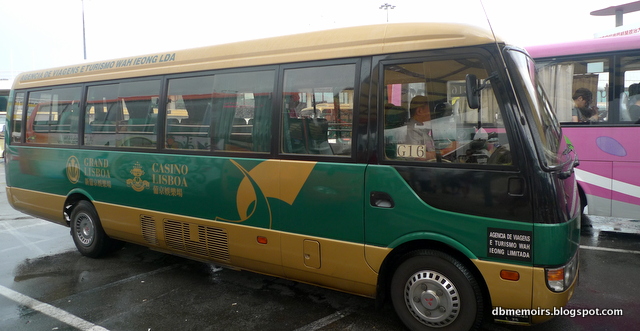 From the Grand Lisboa website: Formerly Robuchon a Galera, a three-Michelin-starred restaurant, is now relocated to its new home at the pinnacle of Macau and renamed as Robuchon au Dôme. Situated at the dome of Grand Lisboa Hotel, it has a magnificent view of Macau. The breathtaking crystal chandelier cascading from the middle of the ceiling creates a dramatic ambience for a truly exquisite fine-dining experience. Enjoy the epitome of fine dining at Robuchon au Dôme where culinary artistry is met with the finest wines, impeccable service and a décor to match. 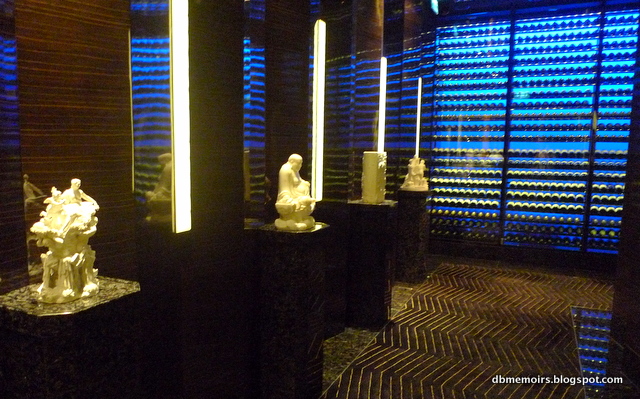 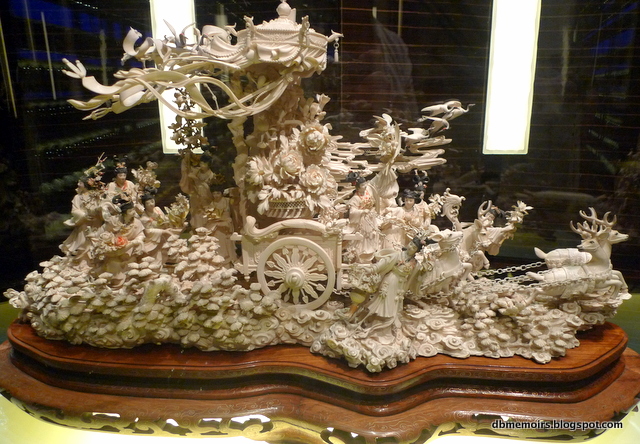 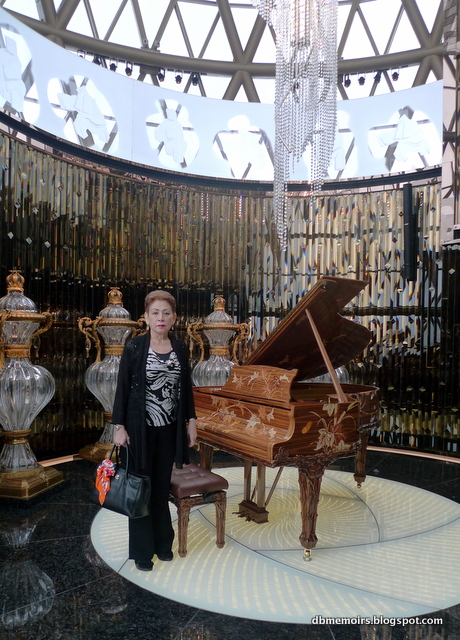 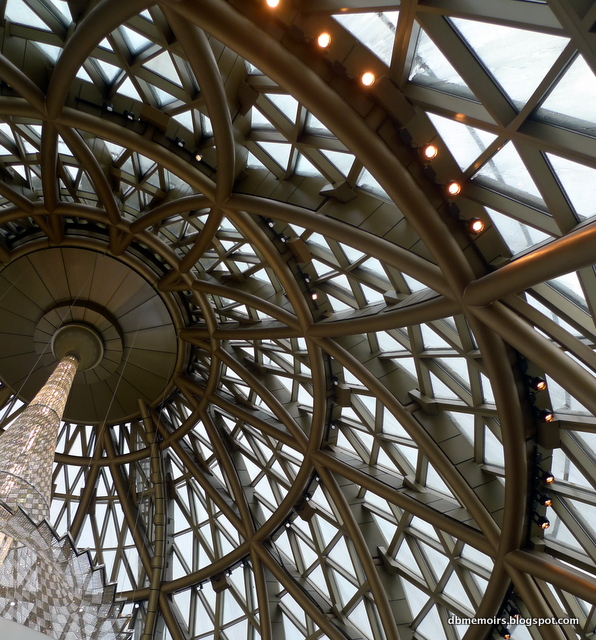 At first I found the restaurant décor gaudy and over the top, but what the hey, it's Macau. And it's Grand Lisboa, besides. Sometimes you just gotta go with the flow.

I do agree that the view is magnificent. Too bad it was raining the whole time we were there. 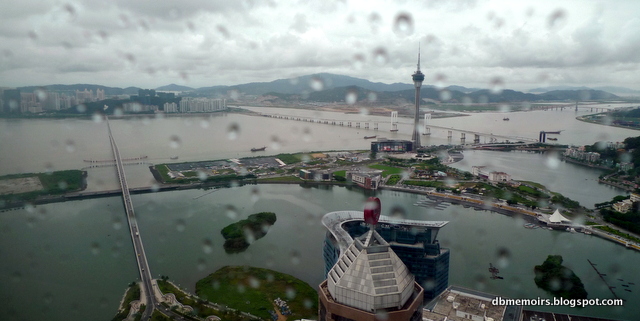 No matter, I was there for the food. While waiting for our colossal 11-course meal to begin, we were served a bread basket which somehow did not impress me as much as L'Atelier's. However, the stupendous mounds of butter took my breath away. 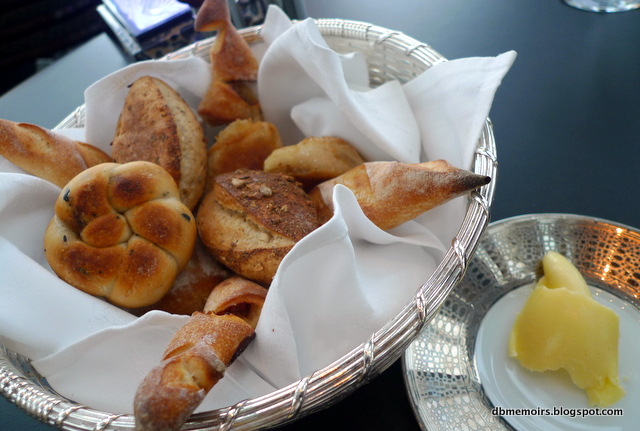 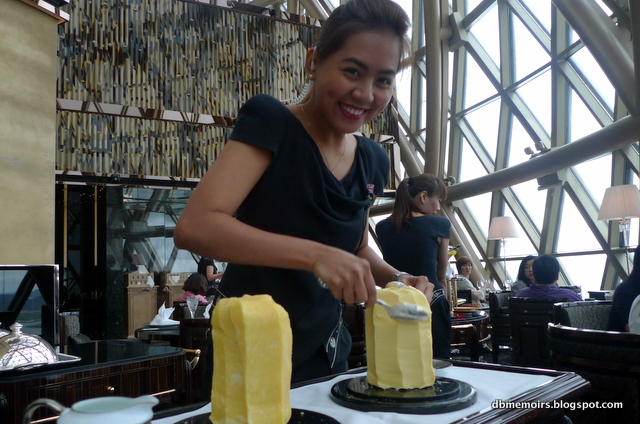 About that butter: When I win the lotto, the first thing I'll do is ensure a lifetime supply of golden, creamy, fatty, salty, cheese-like French butter-- so much more substantial and flavorful, so much sexier than the pale commercial butter we're used to. My mother ate Jöel Robuchon's butter by the spoonful.

And because what goes in must come out, I had to visit the restroom a couple of times. Since the dome of Robuchon au Dôme has very limited floor space, they put the restroom one floor below, at the 42nd level. If there's one place where I don't mind ridiculously excessive features and conveniences, it's the restroom. And what a restroom this was! I practically didn't have to touch anything-- the doors, soap dispensers and faucets were all automatic.

Oh, and when I do win the lotto, the second thing I'll buy is a toilet with all the bells and whistles. I could definitely get used to a warm toilet seat. 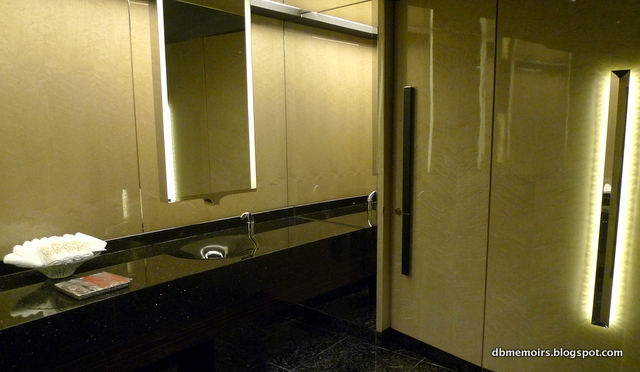 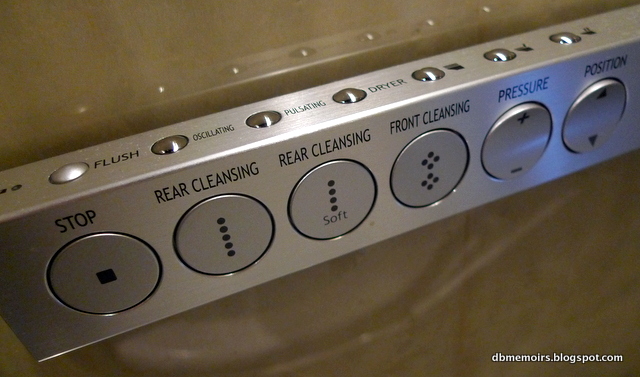 From Grand Lisboa, we took a cab to City of Dreams where the theater of The House of Dancing Water is located. After the 85-minute show, we caught the free shuttle to the Venetian Macao Resort-Hotel where Ma did a bit of shopping. And then at 830PM, we took the Venetian's bus-- again, free!-- to the ferry terminal. By 1030PM, we were back in Kowloon.

BTW, the first three photos in this blog post are from The House of Dancing Water website.
Posted by Unknown at 5:38 PM
Email ThisBlogThis!Share to TwitterShare to FacebookShare to Pinterest
Labels: food, hong kong, kowloon, macau, travel